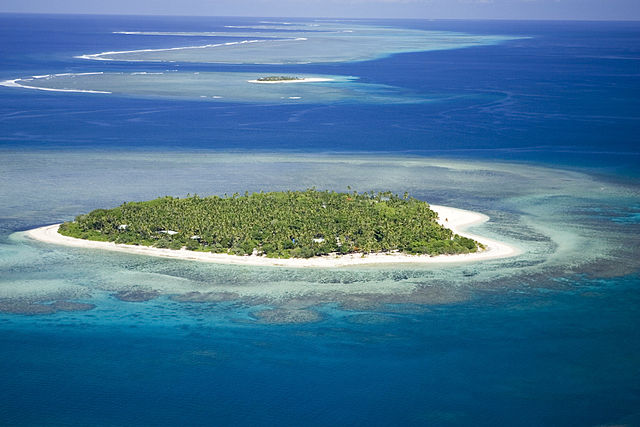 Found to the northwest of Viti Levu (Fiji's 'main island'), the Yasawa Group is made up of about twenty or so islands. Recent newcomers to the world of mass tourism, they're sparsely populated and largely devoid of modern facilities like shops, banks, roads and cars.

However, what they do have is a laid back atmosphere, a series of closely-knit village communities, stunning scenery, oodles of sunshine and some serious football matches. So, if you're heading to Fiji hoping to hang out on secluded beaches, relax and get to know the locals, the Yasawas should definitely be on the itinerary.

The most common way of getting from one island to the next is by travelling on the Yasawa Flyer, a 25-metre high-speed catamaran that leaves Viti Levu every day at 9:15am. You can either pay per trip, or purchase a multi-day 'Bula Pass'. Another option is to fly from Nadi with Turtle Airways.

Just south of the Yasawas, and closer to Viti Levu, lie the Mamanuca Group. Some of Fiji's most famous islands are found there, including Castaway and Beachcomber. You can expect pretty much all the picturesque glory found in tourism advertising - palm-fringed coves, silky smooth white sand and stunning coral beds dotted with brilliant tropical fish. Having been involved in the tourism trade for longer than the Yasawas, the Mamanucas are more developed and busier.

To reach them, you can either fly or take a boat. Both Mana Island and Malolo Lailai Island boast their own airstrips, reachable from Nadi Airport in just ten minutes. A range of high-speed vessels travels from Viti Levu and between islands daily. Or, if you're looking for a particularly luxurious island hopping experience (and an adrenalin hit), you could consider a private helicopter or a float plane charter.

On the other side of Viti Levu, more or less directly south of Suva, you'll find Kadavu. A much bigger island than any of those found in the Yasawas or the Mamanucas, it's claim to fame is the incredible Great Astrolabe Reef that surrounds it. It's certainly a popular spot with divers. But if you're the type who likes to stay close to the surface, there's plenty to do, from rainforest walks to bird watching to sea-kayaking.

The most common way to travel to Kadavu is via plane from either Suva or Nadi. Pacific Sun flies every day. But, if you want to experience the local way of doing things, catch a ferry. It leaves Walu Bay, Suva, on Tuesday nights, returning the following day.