The 6 Most Irritating Things People Do at Conferences

Here we take a look at six of the most irritating things people do at conferences. Which ones do you find most aggravating?

A speaker accepting an invitation to speak, letting themselves be part of the conference marketing and then pulling out at the last minute is definitely high on this list of annoyances. For many attendees, looking forward to hearing from that particular person, this can be even more frustrating. Easily avoided by remaining organised and keeping your personal calendar in check.

Alcohol is often not to difficult to find at a conference due mainly to it's role in helping people come out of their shells and network with a little more confidence. That said, too much boozing can be somewhat of a bad thing. Especially more so when a business or organisation's exhibition stall is involved and someone knocks it over and subsequently causes a ruckus. Given the time and care that goes into crafting a great portable display stand, these people should do their best to take a lot more care.

A conference can quickly become a nightmare if one of the speakers or presenters suddenly thinks they have all the time in the world to hold people's attention and drone on incessantly. Putting everything else behind schedule, especially when failing to be interesting in the first place, is a surefire way to get people's backs up. 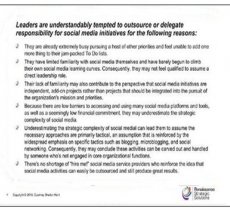 Nobody wants to read a novel during a presentation so slides that are particularly text-heavy (which some almost always are) will definitely be an unwelcome sight. Circumnavigate this problem by simply expanding on slides verbally if you can, or possibly including other multimedia additions that are a little less taxing like video or audio.

Not so much an irritating action as an irritating state of being, self-important people, especially those who already expect you to know who they are and where they work, are another annoyance that always seem to find themselves provoking people at conferences.

What's worse is outside that niche that person would be relatively unknown anyway. A little bit of humility and self-awareness can go a long way.

Not Thanking the Discussant

Questions open to the floor at the end and everybody jumping in without thanking the presentation or discussant who has just delivered? Pretty rude in the grand scheme of things and opportunistic too if the question is delivered in a way that's designed to arrest attention back to the questioner.

Courtesy, in fact, is actually a big problem at conferences in general. Especially when it comes to food, drink, give-aways and plain introductions.

So, what's the worst thing you've experienced at a conference and do any of the above rattle your chain more than others?