Siim Einfeldt
2012-05-10
comments
Whether we want to admit it or not, even now, in year 2012, there are still big gender biases in some fields of life. While it's generally understandable that men should do more heavy lifting than women and knitting fits a bit better for the women (even though I am aware even here there are many people who want to disagree), art is one of those things where our gender really should not play any significant role at all. And within the past decade things have started to change even on this front and even on the more conservative arenas such as Bukowskis - the top Nordic auction house.

The recent top sales that have been made during contemporary auctions, have been items by female artists, such as Yayoi Kusama and Diane Arbus.

On May 23, more top sales of art items by women are put up for the auction during Bukowskis Contemporary. For example, "Still Lives # 3" by Maria Friberg, a piece that everyone was talking about and caused stir at the 2004 Armory Show.

Mamma Andersson is another highly-priced artist whose work will be sold at Bukowskis Contemporary. Previously, her exhibitions at both - the Stephen Friedman Gallery and Zwirner in London and New York - have sold out at record speeds. Will it continue? 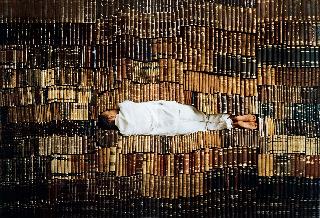 Cecilia Edefalk is someone who's painting Baby was sold at the Bukowskis in 2010 and ended up in the Top 10 list of the most expensive works by contemporary women artists that year. The price was SEK 6 million or roughly $840 000.

Two great examples of women artists who are not with us anymore, but who have managed to get the recognition they deserve, are Yayoi Kusama and Diane Arbus.

Bukowskis Contemporary Art Auction starts on May 23, 10am. If you are interested in art, monitor the auction live and bid at www.bukowskis.com