In this high paced society it is nice to see that consumers aren't the only ones who are so wired that they can't even stop to think. Some of the most successful businesses are so fast passed with their product development that they forget to stop and actually ask if a product is necessary to develop. Starbucks has perhaps been partaking a little too much of their own product to slow down and realize that this little seemingly ingenious invention is nothing short of ridiculous.
By Andrei Trostel
2009-03-20

Recently I noticed that Starbucks discontinued almond syrup but kept a surreal flavor called "Classic" readily available. I complained about them ceasing to serve breakfast sandwiches but keeping their store well stocked with copies of Cranium and baskets of stuffed bears. What I didn't realize was that Starbucks was obviously making way for something much bigger and better then almond syrup and breakfast sandwiches. They were clearing the way for something that will revolutionize the coffee world.
The: "Coffee Lid Sip Hole Plug Stopper Starbucks Lid"
(Picture added for those of you who think I made up the name) 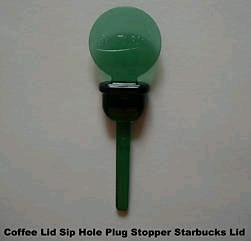 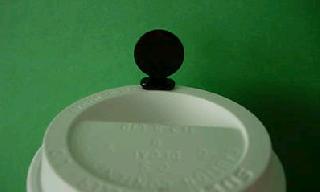 This ultra clever little mass produced piece of plastic is designed to plug the tiny little two centimeter hole that you are SUPPOSED to drink your coffee from. Well it is about time Starbucks!!!!

I can't tell you how many shirts that I have ruined when I took my coffee on the looping roller coaster rides at King's Dominion! I also remember my trip to California when that 8.6 on the Richter scale hit and my coffee shot out of that hole badly burning my left eye! In addition, my sudden spastic epileptic like ticks that occasionally occur won't be such a perilous coffee situation any more. All thanks to the thoughtful people at Starbucks who made the "Coffee Lid Sip Hole Plug Stopper Starbucks Lid" (or C.L.S.H.P.S.S.L. for, um, short)


"
In addition, my sudden spastic epileptic like ticks that occasionally occur wont be such a perilous coffee situation any more.
I know that some haters out there might point out that there is a certain conundrum involved with the logic of this little piece of plastic. For instance, those who are SO on the go that they can't drink coffee out of a two centimeter hole without spilling it probably aren't then in the position to remove a little piece of plastic from the hole in order to take a sip.

However honestly people, does anyone really adhere to that ten and two rule of driving anymore?!?!?!? For instance, I know in my case I drive in a Zen like lotus position to reduce the possibility of road rage. This makes it possible for me to steer with my knees while I hold my cell phone with my right foot and text with my left foot. My left hand holds my coffee while my right hand is free to replace the C.L.S.H.P.S.S.L. in between sips so I don't accidentally burn myself. All I can say is thank god for cruise control, otherwise I might have to actually sit down somewhere stable to drink my hot coffee. 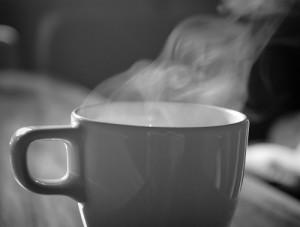 I am totally looking forward to getting one of those "Borg" like Bluetooth head sets for my cell phone, that way I can use my right foot for the brake pedal in the future which should result in an overall lower stress level while driving.


"
I drive in a Zen like lotus position to reduce the possibility of road rage.
I can also already hear all the whiney bleeding heart hippies out there complaining about millions of non-biodegradable pieces of plastic that will undoubtedly remain on Earth for thousands of years but seriously people they are "GREEN" I'm sure no one will ever even notice them!!! Plus if you are SO interested in "Reduce / Reuse / Recycle" then you could always save it and carry it around in your pocket for your next Starbucks adventure. 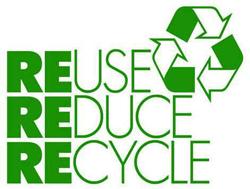