As a consumer these days I am rarely satisfied with the level of performance of a product as compared to its claims in the advertising campaign. Advertisers have stopped even trying to accurately represent their product and instead have decided to use their commercials as subtle resumes to break into the science fiction movie genre. As an open minded consumer I would love to journey to outer space, but then sometimes I just want a piece of gum.
By Andrei Trostel
2009-03-13

Advertisers are now mocking consumers mercilessly and preying on those who because of the current state of the economy are feeling dissatisfied with their reality. We have all been to a restaurant and ordered something that looks nothing like the picture of what it claims to be. At this point it has almost become a given that what you get and what was advertised will never be the same. However, lately the advertising industry has begun taking advantage of this and escalating things to a whole new level. For instance the gum industry advertising has gotten WAY out of control and at this point is just mocking us consumers.

It used to just be gum, with commercials showing kids chewing it and blowing bubbles, which lets face it is about the extent of what gum can do. 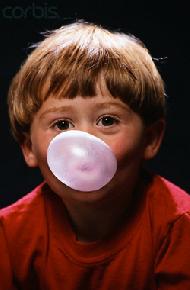 Then the commercials got more imagery intensive with waves of flavor carrying the consumers away and fruit exploding all around them in some kind of strange metaphor on how flavorful their gum is. As a consumer you would just buy it, unwrap it and chew it. Your expectations were very low and perhaps you would think to yourself, "Hmm this is very flavorful" and be satisfied.

These days buying gum is a lesson in consumer disappointment when compared to the products advertising and packaging. For instance I randomly bought a pack of gum called "5" which in itself is kind of a surreal name. This gum comes in a package that looks much like cigarettes do and the flavor was "Cobalt." My first thought of course was, "Oh, I have never tasted cobalt before, I wonder what it tastes like?" 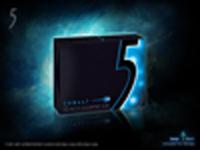 After about twenty minutes of trying to get into the little box my gum came in, I discovered there were 15 pieces?!?!!??!
"
At this point it has almost become a given that what you get and what was advertised will never be the same.
Surely this gum should be called "15" not "5" although I am not complaining since I now have three times as much gum as I originally thought. You see apparently I missed the obvious reference of the gum's name due to its degree of impossibility. "5" is supposedly referring to the fact that this gum stimulates your five senses. Now I don't know about the advertising executives over at "5" gum but as a human being my five senses consist of:

Smell, (alright I pretty much expect to smell the gum as I chew it)

Touch, (o.k. now we are reaching but I suppose a good corporate lawyer could argue that since I am tasting it with my tongue I must be touching it too, but now we are grasping at straws)

Sight, (um, o.k. so I see the gum before I put it in my mouth and that is supposed to be some kind of a big deal for my eyes?)

Hearing, (Oh come on! Hearing myself chew shouldn't be credited to the gum, I could hear myself chew anything)


"
Oh, I have never tasted cobalt before, I wonder what it tastes like?
Surely this claim to stimulate my five senses is a long shot at best but I am willing to give them the benefit of the doubt.
I quickly turn my attention back to the box to check the ingredient list for some sort of hallucinogen which is about the only way that they could substantiate their claim to stimulate all five of my senses. Other then a safety warning there is nothing else printed on the box, except little psychedelic swirlies on the inside. Perhaps there is L.S.D. in this gum and then I owe them a huge apology for doubting their advertising claim. 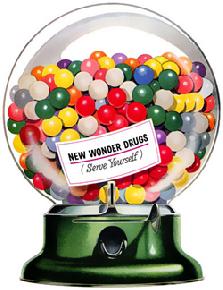 "Allergy information: Contains soy lecithin"
"Phenylketonurics: contains Phenylalanine"
"Questions? Comments? Call 1-800-974-4539"
I have half a mind to call them and just say, "Yes I have a question....."WHAT THE HELL?!?!?"

I search my mind for anything I can recall from the display in the store, but all I remember is that the other two flavors were "Rain" and "Flare".
I however bought "Cobalt" because I know what "Rain" tastes like because I have drank water before and "Flare", well that just seems kind of painful to me.
I then decided to look up the commercial for this gum online to see if perhaps it contained more information.

The ad starts with the phrase, "How it feels to chew 5 gum". Then a huge turbine engine fires up and a man who is apparently Jodi Foster's body double in the movie "Contact" climbs into a gyroscope and gets dropped into a tube. 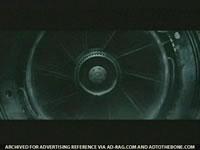 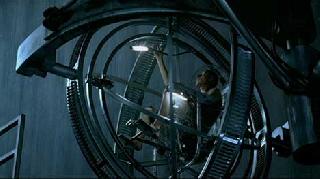 This tube then launches him into a giant circular room full of these turbine engines and he proceeds to ride around on the air currents. We don't see what happens to him but I have seen the movie "Contact" and I presume he is right about now having a conversation with his deceased father who is really an alien and later he will experience some time distortion issues. 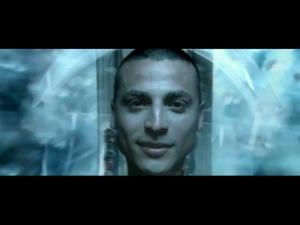 (For those of you who want to see the commercial)


"
I quickly turn my attention back to the box to check the ingredient list for some sort of hallucinogen...
Clearly I am chewing it wrong because to me it just tastes like Peppermint and I can't even blow any decent bubbles with it.
Luckily I have 14 other pieces to try and get that oh so certain Jodie Foster in Contact effect.