When a company tries and sells you their product, wouldn't it make sense to first demonstrate that they live on the same planet as the rest of us? Prove to me you are human first, then try and sell me relief for my pain. If you actually reside in the twilight zone then go and peddle your crap there instead.
By Andrei Trostel
2009-03-13

While watching movies, TV shows, and even commercials I find it hard to become completely engrossed like some people do. My mind is so fantastical that I mentally put myself in the same situation as the actors and it always goes very differently in my head.

I have a really hard time with commercials about pain medication such as Aspirin, Tylenol, Advil or Aleve. Have you ever noticed that the one person that is giving the other person the medication always has it still in the box? What is that all about anyway? 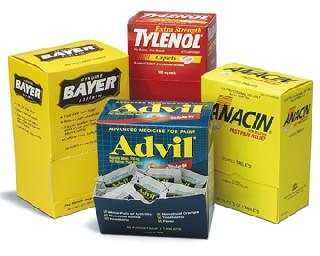 ("Here take Tylenol, it works great for me!" Then they eagerly hold up a box of whatever medicine they are recommending.)


"
...if they want to gain my trust and confidence in their product they should at least demonstrate to me that at the very least they live in the same world as I do...
I would reply with, "Thanks, but um, why do you keep your medication in the box it came in and not take the bottle out and throw away the box? In fact that box isn't even opened, otherwise the flaps would be sticking up because everyone knows that they are glued shut for extra tamper resistance. So the only conclusion I can draw is that you don't actually take that medication at all. What are you trying to pull here?!?!? Plus, I just saw you get that from your medicine cabinet which was completely EMPTY with the exception of a single box of this medicine. What kind of crazy ass house is this where the medicine cabinet is empty save for one box of Tylenol???? Where am I anyway? Is this some kind of wack twilight zone ruled by Tylenol?!?!?!?! 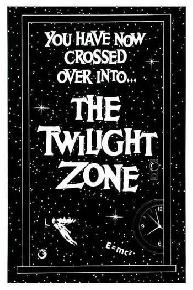 Are you really trying to tell me that you don't need anything else in your medicine cabinet other than one box of Tylenol??? In addition, since it is still sealed closed and you are giving it to me, you seem to not even need that!?!?!? Where is the bottle that you are currently claiming to take that works oh so well, Hmmm???? I mean once you give me this unopened box then you will have nothing and I mean NOTHING in that cabinet, you crazy minimalistic freak show!!!!"


"
Why didn't you tell me I was definitely going to injure my back from participating in this activity!?
I don't know about you all but I always open the box, take out the bottle, open it, remove the cotton and then throw away the box, seal and the cotton.
Yes I know it is advertising and a certain amount of suspension of disbelief is in order, but they could just as easily show you the bottle in the commercial and also throw a few other common items into the cabinet. It just doesn't make any sense to me. I mean if they want to gain my trust and confidence in their product they should at least demonstrate to me that at the very least they live in the same world as I do, don't you think?

To me their unrealistic bizarre scenario automatically throws into question the sanity of the person that is offering me the information about the medication and I find my self worrying about their judgment and thus their advice on my well being.

It equally bothers me when the scene doesn't take place in a house but rather out in the deep woods doing some activity.

(Two people are in a dense forest and all of a sudden one of them starts holding their back in excruciating pain. The other person eagerly whips out a box of Advil and says, "Here I always take this when I get back pain from this.")

"
Hey, want to go FUCK UP your back with me tomorrow?
To me the rest of the scene should go like this, "YOU BASTARD!!!!! Why didn't you tell me I was definitely going to injure my back from participating in this activity!? Clearly you came ultra-prepared for it with your brand new, pristine, unopened bottle of Advil, but yet you told me just to pack a lunch and to be sure to bring some water which obviously I see now was just so that I had something to take your freakin pills with!!!! What kind of sadistic person are you that you take your unsuspecting friends into the woods almost certain of the fact that afterwards they are going to need traction and pain relievers?!?!?!?! Next time a little heads up might be in order, like "Hey, want to go FUCK UP your back with me tomorrow?" to which I would of replied, "Hell no!!! I think I will go do a fun activity that most certainly doesn't require pain medication and probably subsequent cortisone injections afterwards, but thanks though for asking FIRST!!!!"

(The person eagerly holding the box of Advil then replies with, "It acts like THIS on my back pain." Just then they turn translucent blue and their back starts glowing and pulsating a bright red and orange.) 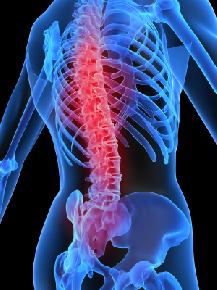 (But since I am in a dense forest my cries for help only echo through the hills sadly unanswered.)