In the Event of a Zombie Attack, Avoid All Home Depots

In today's age of business it is clear that the education and general intelligence level of employees are at the very bottom of ANY business's list of priorities. Today businesses are employing mindless Zombies and other horrors to clearly side step the fact that they might have to pay an educated human being. If we are all going to survive this Apocalyptic hostile take over we might need to fire some torches and grab our pitchforks because clearly reason and logic are no longer viable weapons.
By Andrei Trostel
2009-03-07

If there is ever a "Zombie Attack" I think the staging ground or headquarters will be at a Home Depot. For instance 10 years ago I could walk into a Home Depot without a clue of where anything is or even how to install it and there would be a handy knowledgeable staff member to not only point me in the right direction but make suggestions on what else I would need or perhaps what the best way to install something was. Fast forward to today and there is a very different picture presented. 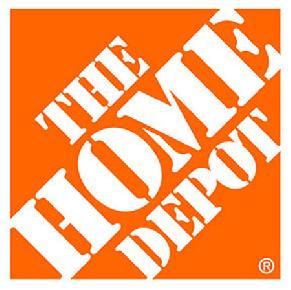 Home Depot
Today if I walk into a Home Depot and have no clue what aisle the nails are in, it would be easier and faster for me to actually melt steel and forge a nail myself then to find someone knowledgeable to ask where they are located. I was told by a staff member who was doing their best impression of a deranged homeless person, randomly wandering around in a daze, that he didn't think they carried nails at this store?!?!?!?! Unbelievable but true!


"
..it would be easier and faster for me to actually melt steel and forge a nail myself then to find someone knowledgeable to ask where they are located.
Now if I was looking for an actual tool then I know I would have to go into the mini store located within the Home Depot store called the "Tool Corral" which has its own separate cash register. I'm not sure what made all these tools so unruly that they needed to be herded up and corralled into a separate store all together within the main store but I'm sure they must have been way out of line, except maybe the laser levelers. God forbid you need assistance in the "Tool Corral" because you have less of a chance of getting intelligent help in there then you do of getting out of this store sane and alive which is a long shot at best. The only person in the "Tool Corral" is a creature at the register vaguely resembling a human being who is starring into the laser scanner in wonder, like a mesmerized moth.

I also know that if I needed lumber of any kind I would have to get it myself using a handy dolly with only one functioning wheel, of which there are two of in the whole store but unfortunately one of them is being used by the staff to transport items to be stocked later once the staff member remembers where they left it which likely will never ever happen. Unless I just happen to be building something with the exact lengths and widths of the lumber in stock which is unlikely, invariably I would need it cut. Of course since no one living is around, I have to cut it myself at the "cutting station" with something that vaguely resembles the sad memory of what a saw used to be, which if you look closely has a few drops of blood and some hair on it. To make matters easier the now long dead sad saw is attached to the same kind of chain they use to anchor air craft carriers to the dock with, apparently so the saw doesn't walk away. I guess this is all part of that whole tool imprisonment corral theme that goes on there. 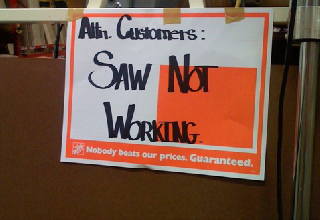 Occasionally there is the random frightened older person who actually asks me in desperation where something in the store is, not because I am wearing an orange apron or anything but because they are old and wise. They know they have a much higher probability of actually getting a correct educated answer from a total stranger who doesn't technically work there then finding and asking an actual employee, of which there are none to be found who are by traditional definition "alive".


"
Low and behold I have found all of the actual Home Depot staff standing there in the "Hardware" aisle starring blankly up at the wall of nuts, bolts and nails, more then likely because they are shiny and bright.
"Paint? Oh that is in aisle twelve." I politely reply to the scarred and intimidated geriatric person of course all the while thinking of my own little old grandmother who would be similarly in need.

Big mistake!!! I have now demonstrated a functioning brain cell in this vast warehouse of vacant minds. Immediately no less than eight people (on their way to zombie conversion) descend on me like they have just realized that they forgot to eat my brain and I some how slipped through the cracks by accident.

Looking dejected the crowd disperses and I aimlessly Frankenstein-walk away to the next aisle just to escape the inquisitive wrinkled horde. Low and behold I have found all of the actual Home Depot staff standing there in the "Hardware" aisle starring blankly up at the wall of nuts, bolts and nails, more then likely because they are shiny and bright. Wait!! The nails!! They are here!!!! Without any sudden movements around so many obvious undead creatures and a wall of sharp pointy objects, I quickly locate the box of nails I need and stagger out of the aisle so as not to draw any attention to myself as a living being. 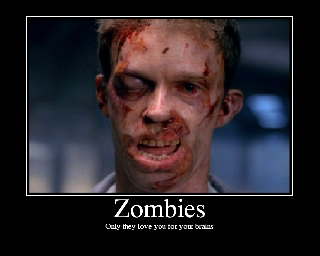 Zombies...Only they love you for your Brains

I find my way to the main set of cash registers which seem to be opening and closing in mayhem, akin only to the movement of piranhas devouring a cow that wandered to close to an Amazonian stream. The cashiers seem to be randomly leaving their stations and other registers are opening elsewhere creating a Thunderdome like atmosphere amongst the customers.

People or what are now the empty shells of once vibrant people are clamoring over each other in a mob like mentality to get to the newly opened registers before they close once again unexpectedly. I suspect this behavior is to create a Gauntlet like situation that discourages anyone from ever leaving the store and thus being trapped there forever only to be later devoured by the staff. Several of the "people in line" (and I use that phrase loosely for many reasons) are blankly staring at the wall of batteries that are strategically placed at every register if only to slow a stampede of the almost living with something that they have all been told they need lots of, in case of a survival emergency. I grab a handful of batteries off the rack and throw them in the other direction to avert their attention as they go mindlessly chasing after them moaning something about the apocalypse.

"
The only person in the "Tool Corral" is a creature at the register vaguely resembling a human being who is starring into the laser scanner in wonder, like a mesmerized moth.
I take the scanner out of the hand of the dazed and confused decoy like statue that has been placed at the register instead of an actual human cashier and scan my box of nails and swipe my card in the little machine. When the machine asks for my signature I quickly scratch it violently with my finger to closely resemble what would have come out had I actually signed it with that electronic pen which is missing of course, likely gnawed away and swallowed by one of the employees. 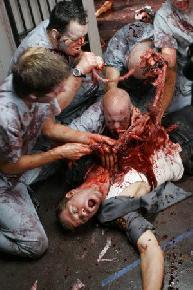 Death By Zombies
I sprint past the creature standing by the exit that only wakes and flinches when the alarm goes off clearly indicating NOT that a tool has escaped the oh so secure corral, but rather that a customer was about to escape the building with what they actually came here for. Leaping over all the empty propane canisters blocking the exit I somersault onto the sidewalk into a ray of warm sunshine. I pick myself up and clean off the layer of dust that had covered me which most people think just comes from being in a Home Depot but few realize is actually a sign of how LONG you have been inside.

I confidently stride to my parked car mentally noting all the people going into the store happily talking about their exciting new projects. As I get in my car and start to drive off I realize the plethora of people that are going in, is in stark contrast compared to no one coming out. 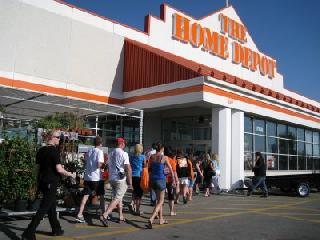 I am just happy to be a survivor. 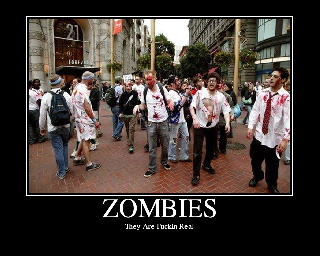