Ouya  A New Gaming Console Created Through The Help Of Kickstarter

It was back in early July, 2012 when the project first went live on Kickstarter. It did not take much time for game enthusiasts to flock over and pledge money to help bring the project out of the prototype stages and into production. By June 25, 2013, those who had pledged more than $95 to the project even received one of the Ouya consoles when they were finally shipped to retail stores. 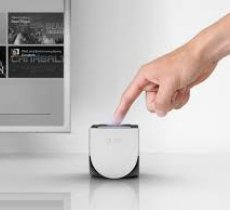 Over 60,000 people had gotten behind the project, and numerous high-profile partners, such as Namco Bandai, OnLive and Vevo, were also willing to work with the company behind the console.

However, despite the early successes of the company, the tale of this new console was far from over.

Ouya, which is also the name of the company, had to convince Android developers to funnel resources into the development that could be played on a television screen. Those developers seemed to have been struggling with issues like piracy. Moreover, building out the app store, payment platform and software that the console would run on also had to be completed by the company. The console market already had rivals like Microsoft, Nintendo and Sony that the Ouya console had to compete against. Similarly, the expectations of users also had to be dealt with, since they were expecting that the finished product would work at least as good as the competition. 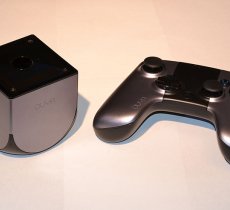 Even though unforeseen events set back production of the console, the Ouya console was priced at merely $99 once it was finally released. Even before its release, the console seemed to have the potential to be an excellent and inexpensive Android-based gaming system.

One particularly notable thing about this console was its size, since it is nothing more than 3-inch cube that is somewhat round near the base. Its sides are grey and its top is black with a circular power button that has a glowing Ouya logo in the middle. The console does not have any other button or indicator lights, although it does have an Ethernet port, HDMI output, micro and standard USB ports, and a power port are also featured on the console.

The Ouya console also has a 1.7GHz Nvidia Tegra 3 processor that has decent measures of CPU power. However, it seemed that the gamepad controller and the software interface were among factors that were holding back the console. It seemed that Ouya was not ready to be released as a retail product even though it had been.

Unfortunately, the original console sporting 8GB of onboard storage was so buggy and lacked decent games that it left customers disgruntled. 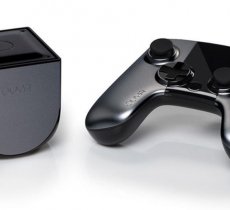 However, it seems that Ouya has resurfaced and it making another attempt at taking the gaming market by storm with an improved console that looks more credible than its predecessor, at least from the pictures. This new second-generation console has a black matte finish, which makes it appear more handsome.

Of course, the improvements also make a bit more pricy at $129, however, gaming enthusiasts interested in buying it will get quite a good bang for their buck. A quad-core Nvidia Tegra 3-T33 processor is featured in this revised console that has 1GB of system memory. Perhaps the bigger upgrade is its 16GB internal Flash storage, while this can be further expanded by connecting an external storage device to the single USB 2.0 port of the console.

The new Ouya console even has a single Micro USB port, along with a slot to allow an Ethernet line to be plugged into the console. Another slot allows HDMI video out to be run to an HDTV set. The new console also features BlueTooth and Wi-Fi (802.11 a/b/g/n). The better-looking and refurbished game controller connects to the console via Wi-Fi.