Twittering: I'm not that interesting

I've been listening about twitter for a while, and decided to give it a try... here's my insight on it
By Ivan Paredes
2009-09-10
Twitter has become the way of getting in touch with others for a lot of people, forget facebook, don't even mind blackberry, twitter is the next best thing. You can read the news as they happen, or even before they do and of course read about Kim Khardashian's ass pictures or an hourly update on Gov. Shwarzenegger schedule. 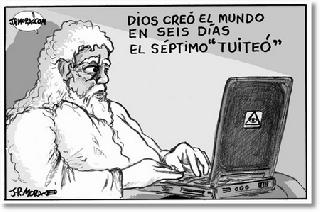 God created the world on six days, the 7th he twitted
After finding out that half of E! News gossips are taken from there, and that people are actually dating and having long time relationships with anything but 140 characters messages I've decided to give it a try.

You want to know what's happening in the world right now? Uhm, well... just "follow" Fox News (if you want to read the crazy right wing news about tea party traveling pants.. but that's a whole different topic) or @BarackObama. Everybody who's somebody in the world twits (of course there's a lot of nobodys like you and me that twit too) and every major news service has a lot of lab rats reading what Zac says. 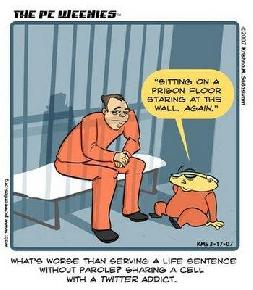 Technology is frying my head
I've decided to see the issue from three different angles. So I signed up for it, downloaded the twitterberry app (just to say that I own a blackberry) and the iphone online twitter (on my girlfriend's ipod touch). Nothing good came out of it. I've discovered that Axl Rose (more likely someone posting as him) curses like a drunk sailor, Sebastian Bach runs 40 miles a day listening to Willie Nelson and that Jason Binn (I have no idea who the hell that is) was almost late to a Kim and Khloe photo shoot (great asses by the way).


"
The most important thing Ive discovered though, is that Im not that interesting
The most important thing I've discovered though, is that I'm not that interesting. Watched the white screen of my phone for minutes trying to figure out what to say to the world, and when finally came out with a line, didn't had anybody to read it. That exact same minute, a million people around the world (famous, infamous and not so famous) wrote something about their lives too. Who has the time to read all that? 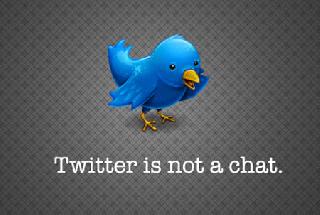 Nice little bird
On one of his first twits @officialAxlRose, clueless as I was, asked what a small #fb at the end of some messages meant, seeing no response whatsoever I took the time to ask him if he finally found out, but he hasn't replied yet, so my wild guess is that he hasn't.