Get identified under your skin! 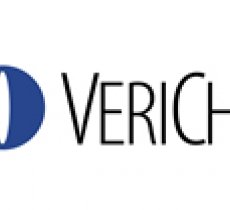 Now, whats a VeriChip?
Applied Digital Solutions Inc, a company into RFID applications, end-to-end food safety systems, GPS/Satellite communications, and telecomm and security infrastructure, has come up with a unique solution called the VeriChip. This chip is a subdermal RFID (Radio Frequency Identification) device that can be used in a variety of security, financial, emergency identification and other applications. About the size of a grain of rice, each VeriChip product contains a unique verification number. When this chip senses one of Verichip's proprietary scanners, it gets activated and transmits a unique ID number to the scanner. If the number matches an ID number in a database, the person with the chip under his or her skin can enter a secured room, complete a financial transaction, get his medical records verified, etc.

According to Applied Digital, this technology has been around for a while. Digital Angel, a sister concern of Applied Digital has been selling these identification chips for about 15 years now. but most of them have until now been used only for identifying animals like household pets and livestock. The U.S. Department of Energy has also been using this technology to monitor salmon migration. Whats more these chips can last for a whooping 20 years!

Tracking chips for humans
Applied Digital says that the idea for using these chips to identify humans came after the horrifying incidents of the Sept. 11, 2001 attacks on the World Trade Center and the Pentagon. While watching the post disaster coverage on TV, Richard Seelig, Vice President of medical applications at Applied Digital, saw how firemen were writing their badge numbers on their arm with pen so that they could be identified in the event of a disaster. He then inserted one of these chips under his skin and tested their viability and was quite amazed at how perfectly they performed. As of now, about 9,000 VeriChips have been sold, of which about 1,500 have been inserted into humans. This number will soon increase, since even Federal Drug Administration (FDA) has cleared VeriChip for medical applications in the United States. However FDA hasnt yet cleared this device for usage in security, financial, personal identification and safety applications. It might not be long when these chips make their way into other parts of the world.

Well, speaking of other parts of the world, the Mexican Police Department has already chipped all of their personnel. The Italian Ministry of Health has also started a six-month trial of these chips for hospitals. The Baja Beach Club in Spain has also used them as electronic wallets to buy drinks and pay for usage of other facilities at their club. Most sales of these chips have taken place outside the US in Russia, Switzerland, Venezuela and Colombia.

How do you get micro chip under your skin?
An authorized medical practitioner or surgeon can implant this 11-millimeter RFID chip in the fatty tissue below your right tricep. This chipping procedure lasts just a few minutes and involves the use of only a local anesthetic followed by quick, painless insertion of the VeriChip. Once its inserted under your skin, not even you can tell whether you have an RFID chip implanted there. So where does the chip get its energy? Well, you dont have to worry about that. This chip is dormant most of the time and wakes up only when you pass your skin over an external proprietary scanner. When you do this, a small amount of radio frequency energy passes through the skin energizing the chip. The chip then emits a radio frequency signal containing the verification number. This number is then deciphered by the scanner and transmitted to a secure data storage site accessed by authorized personnel via telephone or Internet. "It is used instead of other biometric applications such as fingerprints, says Angela Fulcher, Vice President Marketing and Sales, VeriChip Corporation. Implanting these chips would cost about $150 - $200 per person.

What more can you do with it?
The VeriChip can be used for many applications than just verifying medical records. In this fast changing world everything is technology enhanced, and places that spell technology also invite unethical and illegal activities such as counterfeiting, identity theft, unauthorized access, etc. The VeriChip can be used for personal identity verification so the chip could contain your biometric information and the scanners would read your chip and grant access to a special area that only you are supposed to access. Other applications could include but are not limited to controlling access to Intellectual Property, managing and tracking physical and intellectual assets, providing physical access to control solutions, enabling innovative time and attendance systems, providing automated data collection and monitoring platforms and much more. The chip with GPS (Global Positioning System) capabilities could also be implanted into children, so that it becomes easier for the Police Department to trace them out, in events of kidnapping.

VeriChip could also be used to find lost pets or keep track of endangered wildlife, as well as find lost or stolen property. It could also be used as a means for security such as, airport security, authorization for access to government buildings, laboratories, correctional facilities and the like. Convicted criminals or possible terrorists could also be tracked with this technology and prevent future attacks on time.

Is anything wrong with it?
While VeriChip seems to have no adverse side effects to its wearer, there are quite a few concerns over its usage pattern. One of the biggest disadvantages is the invasion of privacy of the user. People wouldnt really like scanners scanning them for personal information wherever they go or satellites tracking them across the globe. One of the major concerns could be about third parties gaining information on the Internet through either hacking or by selling sensitive data to unknown people. You might use these chips to safeguard your children from kidnappers, but there are possibilities of these chips being surgically removed and being disabled by kidnappers. There is also the possibilitiy that convicted criminals could remove the chips so authorities would be unable to track them. Most people fear an invasion of privacy as the greatest fault of implanting microchips. A recent CNN poll said that about 76% of Americans said they would not want a device like VeriChip implanted on their children, while 24% suggested they would.

While the amount of securities this chip might offer is overwhelming, at the same time the device seems weighed down by numerous concerns including invasion of privacy. Only time will tell whether this invention takes off or just bites the dust.