Which Hell's Kitchen Will Turn Up at Cheltenham Festival?

Despite his failure, the bay gelding's team will be eyeing Cheltenham Festival as the perfect opportunity to establish the horse on the major stage. Hell's Kitchen is the favourite for the Close Brothers Novice Handicap Chase, competing at the racecourse for the first time in his career. He will face a talented field and will need to put forward an impressive performance to claim the victory.

The seven-year-old began in his career at the start of 2016, making his first appearance at Kempton Park. He was considered an outsider for the event, and had a decent debut as he placed in third with Barry Geraghty in the saddle, although the horse was well off the pace of the eventual winner Wait For Me. However, Fry's charge made his breakthrough in his second appearance on the track, notching his first win at the RR Elite National Hunt Novices' Hurdle. The bay gelding made a steady start to the meet before Geraghty guided him through the field with a surge down the stretch to secure the victory by two lengths.

Although he was considered the leading contender for the AJC Premier Novices' Hurdle, he lacked the pace in the decisive moment of the meet. Hell's Kitchen lost out by a comfortable distance to Irish horse Bigbadjohn, ending his opening season on a bittersweet note. Fry's charge made a slow start to the 2016-17 National Hunt campaign. Different Gravey had the edge on him on the rest of the field, with the horse ailing towards the end of the race, finishing in third. 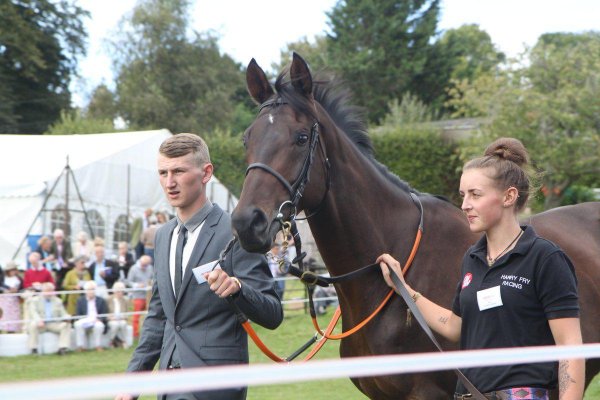 Injuries prevented the bay gelding competing for the rest of the season. After almost a year out of action, Hell's Kitchen returned to the track at the Kalahari King Beginners' Chase. He made a good start to the race, but his lack of race time was evident in the closing stages as River Wylde was able to pull away down the straight to close out the victory by three lengths.

Hell's Kitchen had the worst outing of his career at the Ladbrokes Chase at Newbury. The bay gelding was on pace with the leading group and tracking their surge, but a blunder at the fourth fence unseated Geraghty, ending his race prematurely. However, the seven-year-old bounced back with a brilliant performance on Boxing Day to triumph in the 32Red.com Chase. Geraghty returned to the saddle and Hell's Kitchen rose to the occasion, dominating down the stretch to win close out the victory by one-and-half lengths.

The bay gelding was the favourite for his outing at the Chanelle Pharma Handicap Chase at Leopardstown. However, he was not fluent in the race before he pulled up at the penultimate fence. At his best he will be a fierce contender for the Close Brothers Novice Handicap Chase, but as proven Hell's Kitchen is more than capable of struggling on the big stage.