The future of energy - Thorium

Thorium is one of the chemical elements. It has an atomic number of ninety. It is called Thorium in honor of Thor, the god of thunder and lightning. Thorium was first discovered in the year 1828. It was first found by a mineralogist named Morton Thrane Esmark. Its chemical properties were identified and catalogued by the Swedish chemist, Jons Jakob Berzelius.

Thorium is a common element. It is found mostly in the crust and mantle of the planet. There is more thorium available in nature than there is tin. Scientists use a procedure called gamma spectroscopy to help them find thorium rich deposits. Thorium does not exist by itself, but can be extracted from several other minerals. Scientists have even discovered thorium on the moon.

Thorium has been used for many things since its discovery. It was used in gas lamps as a light source, and also was used as an alloy in metalworking. These practices were largely discontinued because of the radioactivity of thorium. Thorium is still used sometimes in the construction of scientific equipment, where its radioactive properties are not a factor. 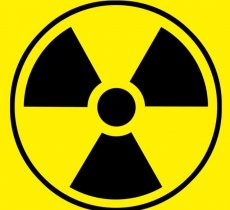 But its radioactive properties also make it a viable energy source. Thorium can be used in place of uranium to power a nuclear reactor. Some speculate that the thorium available in the earth's crust could power the whole world for over ten thousand years. Many countries are working on a thorium based nuclear energy source, including the United States, India, China, Russia, the UK, and Japan.

Research is still ongoing. Using thorium as an energy source is a good idea, but there are still some technical issues that must be solved. Most of the world today does not have the technological infrastructure to safely handle nuclear materials safely. Political concerns have also done their fair share in stifling research into alternative energy sources.

There are also quite a few advantages to thorium based energy. There is a lot of thorium available to use in nature. Taking thorium out of the earth's crust is not as destructive as the processes used to mine coal, oil and gas. Using thorium to power nuclear reactors is a lot safer than using uranium. Thorium is more stable than uranium, and it does not produce very much plutonium as a byproduct.

One of the most important things about thorium is that it can be used safely as a nuclear energy power source. Thorium is not used in the same manner, it is molten inside of a reactor, instead of a solid like uranium. This eliminates the need for the large cooling systems found on uranium based reactors. This also eliminates the need to store rods once they are depleted, because thorium is a self-sustaining energy source.

Some scientists still have a few concerns about using thorium as an energy source. They believe that more testing is required to completely analyze the possible side effects of using thorium. They also state that using thorium will be expensive at first, because the technology available is not quite ready for it. There is also the possibility that thorium can produce dangerous gamma radiation when it is being used for nuclear energy. These concerns must be fully addressed before the world is ready to step into the nuclear age.

Using thorium as an energy source has both pros and cons. It can be used safely, but if not used correctly it can be dangerous. It will be expensive at first to use thorium but as technology advances that cost will go down. Many of the world's nations are already developing thorium based energy plants, soon we could all be living with thorium based power.

Thorium is cleaner than fossil fuels, and there is a lot more of it. It is too bad that political concerns will continue to dominate the issue of energy production. Now is the time for the world to move forward with thorium based energy, sadly we may have to wait a while longer.