At what point does a foregone conclusion become obvious to all? Whenever that is, I think The U.S has already gotten there. The mob in America who are doing their best to prevent, stall, and block our President from achieving anything are branding themselves as short-sighted and stupid racists. These Obama blockers will soon find themselves cataloged next to prohibitionists and Confederate secessionists. Geez, you people would just as soon shoot fire hoses at Reverend Ralph Abernathy and Jessie Owens!
By Lue Deck
2014-06-17
(These guys would've spit on Jackie Robinson!)

At what point does a foregone conclusion become obvious to all? Whenever that is, I think The U.S has already gotten there. The mob in America who are doing their best to prevent, stall, and block our President from achieving anything are branding themselves as short-sighted and stupid racists. These Obama blockers will soon find themselves cataloged next to prohibitionists and Confederate secessionists. Geez, you people would just as soon shoot fire hoses at Reverend Ralph Abernathy and Jessie Owens!

Did you ever get up, go to a meeting, and after a while notice that everyone's wearing white robes and pointy hats, except you? Remember those "old boy" southern bigots (known as the Dixie-crats) who prevented, stalled, and blocked civil rights? They are shown by history to be dead wrong, and were injurious to our citizens and society, then and now. Obama blockers are visibly looking just as mistaken now, as those bigots were then. I plead those who currently maneuver and vote against Obama's initiatives to reconsider, if only for your own legacies. You people would've gone out of your way to insult Rosa Parks and Coretta Scott King!

These do-nothing blockers remind me of the chauvinists and misogynists who held back the vote from women for so long. What are you scared of? It's the 21st century now. Brown vs. the Board of Education should give you some direction and perspective. Hey fellas! Do you want to be remembered as one of those bad guys, for all time? You block-heads...I mean you blockers would yell at and boo Satchel Paige, Hank Aaron, and Andrew Young with language I won't mention here! 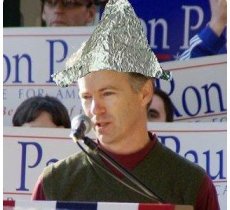 The reasonable amongst us have to try to make these misguided folks realize that they stand in line with history's most amoral and wrong-headed idealists. Blocking congressional legislation is a usual hack maneuver for out of power political parties, but enough is enough! We need to show the Republican and Tea Party Caucuses that, in ten years, they will be thought of the same as John Birch Society and Klu Klux Klan members. That should ring a few bells. Why don't these prevaricators of progress see what is already written in the American sand? Will they change their racist ways? Or will these blockers reside in eternity in history's folder with Governor Wallace from Alabama and that miscreant crowd?

What's the matter with you Obama blockers? Are you still frightened to see a black man helping our country? Grow up! Racism is so...doomed these days. Look ahead. Focus on all the new voters. Did you really want to take away health care from millions of Americans? You're killing your own brand! Why can't you see how bad your blocking actions, vicious rhetoric, and party line votes make you look now? And how bad you're bound to look ten years from now? The Obama blockers' whining obstructions makes them comparable to Confederate officials and Nazis riding on the Titanic. And there's an iceberg dead ahead!

Most blockers still might see the error of their ways. But we'll see. The Russians knew America was going to get to the moon first. At the end of the moon race, smart Russians backed off their money and urgency, and gave way to the inevitable. It saved a lot of time, effort and grief. Do-nothing Republicans and "I won't help Obama!" right-wing blockers and those Tea Party-ers really should give way to the inevitable in the same timely fashion. If not, they will be compared to the nefarious Birmingham police bigot, Bull Connors and his skanky ilk! And they would deserve that comparison.

Then, there's that ...the will of the people...thingy. So, America elected a black man as president. Twice! I beg the Republicans and Tea Party-ers to stop treating Obama like his name was Jim Crow! The world is watching America again. Do-nothing Republicans and Tea Party-ers might as well just have put up signs in Congress saying: "White supporters ONLY!" and "Colored Presidents: Use REAR door!" 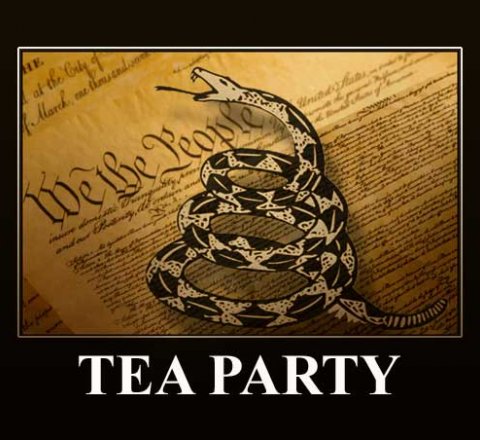 I hear the Tea Party-ers demand: "I want my country back!" My first reaction is to give them their fair share of one-three hundred and ten millionth of America back. (That's 1/3,000,010 of our population!) But, then I realize these people want more than their rightful and fair share back. They want my share and many other's share under their control. Tea Party-ers shouldn't make demands. Because those demands betray their real intentions. They want their share (and your share) back too, so keep an eye on them! (Yes, I am using the very same broad brush to paint this picture of them that the Tea-Party-ers blockers use themselves. Serves them right. They started it!)

It's time pragmatists try to force a realization that some outdated attitudes are not dead yet. We just have to fight to re-educate some racist elements every generation. Obama blockers should ask themselves if they want their kids and grandchildren to think Grammy and Grandpa were racists, or just stupidly wrong about Obama. Either way, you blocker bunch are hurting your offspring and your country! Why can't they see it? At best, the blockers hope to see Obama fail, just like John Henry did. But, most blockers under-estimate our President. May my God forgive all those who obstructed our national government's good deeds for six long, troubled years. They know not...what they do. We should all pray for the blockers' souls, because then, that would really piss them off!