The tension between Russia and Ukraine, who is to Blame?

This was not to be, as the country is facing another crisis. This time round; however, it is not just a domestic conflict anymore but with their neighbor Russia. It stems from belief that Russia is infringing on their sovereignty by wanting to control Crimea- the southern part Ukraine where support for Russia is still quite strong.

Importance of Crimea to Russia

The story of Crimea, Russia and Ukraine dates back the days of cold war when the two countries were both part of the Soviet Union. Russia decided to hand over Crimea to Ukraine as a sign of good will in 1954. The Soviet Union collapsed in 1991 and local politicians and policymakers wanted Crimea to ditch Ukraine and become part of Russia.

This move was met with a lot of opposition from lawmakers in Ukraine and Crimea and it was voted for the region to remain in Ukraine. Russians backed down and from then Crimea has been under control of Ukraine. This means Crimea is legally part of Ukraine. However, a good number of Russian natives still live in Crimea and this account for the support Russia enjoys in the region.

The most important reason why Russia would sacrifice anything to have control over Crimea is the presence of her Black Sea Fleet in the city of Sevastopol. This fleet has been there for the past 230 years. The base is strategic for Russia because it gives their ships access to the Mediterranean and therefore influence over Middle East and Balkans.

Why Is There Tension Now?


The question many people are asking themselves is if Russia's Black Sea Fleet has been in Crimea for almost two and a half decades, why is it now that a problem is arising? This is a valid question and there is a valid answer, at least according to Moscow. The ousted Ukrainian leaders were pro-Russia and so had no problems with the presence of the fleet in Crimea.

Although the new Ukrainian government has not officially ordered the closure of the Russian bases in Crimean peninsula, Moscow believes that the recent political developments culminating in ousting of President Viktor Yanukovych in Ukraine were recipe for disaster. The country has been highly destabilized.

In fact, the Russian Prime Minister Dmitry Medvedev referred to the development as "seizure of power." He also said such a state would be highly unstable and would end with new revolution and new blood. Therefore, according to Russia, they have to do something to prevent even further sinking of Ukraine into chaos.

Kiev, on the other hand, views Russian actions as pure aggression and infringement on their sovereignty. In fact, by Sunday Russia had deployed approximately 6,000 troops in the Crimean peninsula and had taken over the control of the region. They were also flying in reinforcements settling in. To Ukrainian Prime Minister Arseniy Yatsenyuk that was no longer a red flag or a threat but declaration of war to their country.

Attempts at Finding an Amicable Solution

In what is apparently going to be a military face-off, world leaders are trying everything possible to avert the crisis. Another big problem is that other countries may also be drawn into the conflict and this spells doom as we could possibly be looking at another cold war.

Reports indicate that Moscow is courting China to support their cause. The United States and the United Kingdom as well as a host of other countries are solidly behind Ukraine and for a good reason. International law does not allow a country to send her troops to another sovereign country without the due process or a valid cause.

By all intentions and purposes, Russia seems to be the country under fire for invading the sovereignty of Ukraine. Because of this, all diplomatic efforts have been aimed at getting Russia to back down and withdraw their troops from Crimean peninsula. The efforts saw very high-ranking officials of the US and UK governments fly to Paris to foster the highest-level diplomatic meeting between Ukraine and Russia. 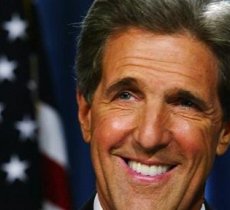 Earlier, the United State's government said they were ready to take the toughest diplomatic actions against Russia to get them to back down including economic sanctions against Russia and/or giving Ukraine financial aid. John Kerry referred to Russian actions as "incredible act of aggression" and said that several foreign powers were looking at economic consequences if Russia did not withdraw is troops from Crimean peninsula forthwith.

He said that those countries were ready to go to whatever length to isolate Russia economically through imposition of economic sanctions. However, Moscow appeared not perturbed with the threats and maintained their grounds. Ukraine, through her prime minister, on the other hand claimed they were ready to demonstrate their ability to defend themselves and added they were ready.

Arseniy Yatsenyuk also said that if Russia's troops maintained their aggravation and continued to grow their numbers each coming hour then his nation will ask for military support as well as other kinds of support. Other European countries including France, Germany and Belgium also condemned Russia and pledged their support to Ukraine. The United Nations too has voiced its dissatisfaction. Nevertheless remains it to be seen if China will actually back Russia.

The positions held by both Ukraine and Russia are hard and if nothing is done then the crisis is not likely to die out, it will just escalate further and eventually lead to outright war between the two countries. Now that the diplomatic threats have failed to persuade Russia, the only other solution is to get the two countries to have a dialog with each other. However, with the current state of affairs, it is highly unlikely that the two sides will meet and reach a peaceful solution. All we can do is to wait and see what will happen next.