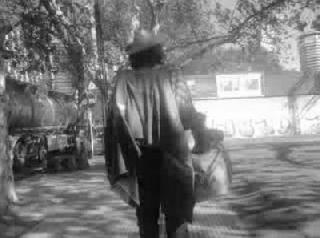 The economic crisis which began in the year 2001, and followed in 2009, has hit societies around the world affecting those in need. New information gathered in Buenos Aires, shows that middle class, and trained working individuals, who have finished their education are loosing their homes. What are the causes behind the global issue of Homelessness? How do organisations work locally to aid the Homeless? What are the problems and the possible solutions?


"
There are numerous under aged children on the streets, and young men, these generally work their way through the day, either in small jobs, or asking for change.
There are several NGOs and government programs in work in Buenos Aires, providing services, working with the homeless and gathering information. There are five official Government Shelter Homes. Four of these are for men and one is for women. There are also more than a dozens of hotels in the City of Buenos Aires which provide shelter to the homeless. This new information shows that the homeless today have an average of 30 to 45 years, most have left their families and increasingly more they are being affected by unemployment and by the economic crisis.

It is not uncommon to see homeless people in Buenos Aires reading newspapers. Most keep to themselves, as we walk through the streets of they take the time to greet us, so they say "good day, sir." There are numerous under aged children on the streets, and young men, these generally work their way through the day, either in small jobs, or asking for change.

Waves of human migration to the cities is occurring world wide. Government numbers state that in Buenos Aires, a significant number of individuals who face homelessness, come to the city from provinces and from limiting countries. All migrate in search of a better life. Migrations to Buenos Aires comes from Bolivia, Chile, Paraguay, Peru, Brazil, and Uruguay. Fifty percent of them came to Buenos Aires looking for a Job and 26 % came for personal or family reasons. According to the study undertaken by the Government of the city of Buenos Aires, a small percent of the homeless in Buenos Aires, come from non limiting countries, such as Colombia, South Africa, Ecuador, Spain, France or Guatemala and Ukraine.

There is a great number of new homeless coming into the shelters provided by the Government. The same study shows that a small percentage of the homeless have initiated the steps for some sort of Homing process. Of those questioned 89 % stated that they had not initiated any process of housing. The reasons why they did not initiate homing process? They had no money, they where not informed on the steps or they did not believe they could find any. Of those who had initiated the process, 36.5% of them where not granted subsides or credits, and 33.3 % manifested they had no money.

Besides being homeless, which brings forward economic, security, physical health problems and psychological disorders, homeless in great numbers suffer from addiction to drugs and or addiction to alcohol. There are several programs which have proved to work and that provide free addiction treatment as well as group recovery support for addiction. However most agree that a lot more should be done.

As autumn begins and winter comes closer, in Buenos Aires, the days under the warming sun will soon be over. Facing the cold winter, the homeless living on the streets for years know how to survive on the streets, however, this winter will be the first winter for many new homeless.

As unemployment rises world wide, the homeless in need of a meal and in need of a bed, are the most affected by the economic crisis. While Argentina gets ready to celebrate its 200 years of Independence, and Buenos Aires reopens the Colon Theatre, venue for the National Orchestra and Symphony, many homeless walk the streets, hoping, and seeking a better today.

In the Subway a man in his late 60, who works in radio, told us he came to the city more than 50 years ago. He came from Corrientes (province of Argentina), to Buenos Aires. As many he migrated in the pursuit of his dream. His dream was to be a professional football player. Fifty years down the line he is not a professional football player, but he works in radio and rides the subway besides us, side by side.


"
Wherever there is people there is misery as well. If people ignore their own brothers when they need help, then just imagine how much they care about total strangers.

As we moved through the underground stations, he talked about the human condition. When we asked him if he thought the system was sometimes hard on the people" He answered; "Yes, but who made the system?"

Then he said "Wherever there is people there is misery as well. If people ignore their own brothers when they need help, then just imagine how much they care about total strangers." The man kept talking, and people who where closest to the conversation listened in. The subway kept rolling beneath the city of Buenos Aires, filled with workers, students and urban travellers it moved forward.

The man whispered his name to us, but before he disappeared into the constant flow of one of the biggest cities of the World he said, "Some people are just not good. How about you? Are you a good person?"