Women Are BIGGER than Politics!

This will be a hard sell, but believe it or not, there are a few things that are actually bigger than politics. And specifically in America.
By Lue Deck
2016-03-11
(Remember: America traditionally likes Bigger!)

This will be a hard sell, but believe it or not, there are a few things that are actually bigger than politics. And specifically in America. Particularly now! The biggest circus freak show in our whole government, indeed, our entire culture, is happening right NOW! Can you feel the excitement? Can you, will you, do you pick up on all the nervous tension lately? Americans get the chance to pick, in this author's arrogant opinion, the next leader of the free world! Daresay the whole planet. Do I dare? (Oh dare, dare!) As the Cajuns say: "What could dat be dat's so much more important dan politics?" Well kind reader, draw near, and I'll be happy to tell you! 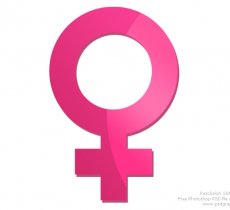 Don't you want to be a part of the feel good history of our planet? It is common that unique events happen elsewhere. Then we hear about it. Then we react to its uniqueness on a personal level. Wouldn't you like to get ahead of the curve, just this once? Maybe, react to this one-time event like you knew it should happen, and hoped it would happen! Do you want to take that risk? It'll be the most cool, happening thing that our Earth has ever seen. Think about joining us!

If the subject is politics, then the discussion inevitably jumps to the presidency. Since I've been around for, it seems like a couple of hundred years now, I've concluded that mostlywho the person is, that's elected our president, doesn't matter all that muchto me. Except for this one guy, and maybe you've heard of him: Obama! Our first black president! (Special note: Bill Clinton got 83% of the black vote in 1992! Al Gore got 90% in 2000!) I noticed Obama's win because 96% of voters of color voted for him. That's an impressive voting block! That was really special for our country, and a lot of our beleaguered citizens. Think back, it was only eight years ago. Hey, it was really special for me! Was it that way for you? Do you want to feel that way again, this November? Well, do ya? Remember, or speculate now on how certain others here felt, when The USA finally had a black man in the Oval Office. Think of what that did for every little boy of color! Think of the new dreams they have had since then, and now. Millions and millions of older men were inspired too! And many more people all around the globe. Now, our voters can recreate that amazing and uplifting moment again with a singular opportunity this fall. Ms. & Mrs. & Mr. Uncle Sam: "TEAR DOWN THIS IDEOLOGICAL WALL!" To put it bluntly: our electorate can transform the fair face of our society, with one hope, one heartfelt decision, and one vote at a time. If we can elect a woman as president this year, the ramifications will be immediate. So, postulate: from Election Day forward, women everywhere will feel increasingly more empowered. And it's going to happen very soon now. Also, it can be BIGGER than anything we've ever seen since the founding of our country! "Why, bigger?" you ask. Well, I see three clear responses to answer that question.

First: "MAKE AMERICA DREAM AGAIN!" Think of all the millions of little American girls who will live in a more equal society, with the same chance as the men around them to find their own life, their own liberty, and their own pursuit of happiness! Mankind's collective better ½ s should be, and will be the immovable cornerstone of any winning political party! Your daughters, their daughters, your sisters, their sisters, all sistersmothers from coast to coast will feel the chains of inequality slide off their backs. We can change the kind heart of America for generations! It's not that I'm saying that we can get the same 96% of the female vote, but we should try like we can! "Hey, women votersyou can't live with emyou can't win without em!" It would be the most impressive voting block in democratic history! All little girls from that point forward can dream the very highest dreams! Little girls henceforth might mark it as: the day the Earth stood still! In heels! Forever!

Second: "WOMEN'S LIVES MATTER!" I say it's time for a strong woman to run the damn place! Are you with me? (Please don't force women to start with holding sex from us! Men can't possibly win that one!) That 90's election slogan reflecting the main issue: "It's the economy, stupid!" will be super-morphed into: "It's the Vagina, stupid!" Then Blamo! On Election Day, in one fell swoop, our joint coalition of voters can crack the glass ceiling into a million pieces, so that it can never be re-assembled! Now, all you ladies, (and some of you guys wearing those bras!) don't go and get all crazy on me, nothing will change overnight, or not muchexcept the huge, huge human perspective movement that cannot, will not, be stopped! I ask you to imagine the massive surge of thoughtfulness, feminine pride, educational skills, social energy, vocational talent, fashion and hormones that will wash from Seattle to Miami, from Maine to California. (Simulate orgasm, here!) Well yes, Texas, Missouri, and South Carolina will take some more time to change over, but we will get there.

Third: IT'S THE RIGHT THING TO DO! I feel like I should do my best Captain Jean Luc Picard with a slight Englishman's accent and looking stalwart: "In a quest for gender equality now, I call and I rally all loyal presidential suffragettes to me! Here! We will not back off! We will not retreat! We will stand and draw our line right here! HERE and no farther!" Realistically, in any true, legal concept of recognizing our choice of self government, half of our citizenry needs to have an equal say in how The United States of America manages it's operations. I'm no policy wonk, but to be honest with you, and respecting the full art of disclosure: (and it is quite an art!) You could say that I am politically, just to the left of Buddha! So, unknown, unheralded, and uncharacteristically, I plead with you: There is no longer any incentive for our united side to compromise! Let strong women exercise their right to rule in today's world! If all politics are local, for God's sake, what's more local than the gal sitting right NEXT to you? That's local! Is this good enough logic for you? Get ready fellas!

Now, go put your big-boy pants on and admit to everybody: You know that having a female president is lots, lots bigger than your silly, stupid, chauvinist, old politics! It's going to be a new world out there!

I still have a beautiful picture in my mind that all the little boys of color in America finally know they too, can grow up to be President. But, I'm greedy! This time, I want all the little girls in America to have the very same dream! It's time for a Woman PresidentNOW!