Doomed To Search For Replacements!!! 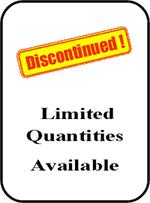 Has anyone noticed that to like something these days is to instantly doom it to the realm of discontinued and thus endlessly search for an appropriate replacement, or is that just me? For instance, it never fails that whenever anyone in my family becomes a regular consumer of a specific product it instantly vanishes off the face of the Earth!!! If I decide I love and can't live without a specific brand of shampoo or conditioner then "POOF" it instantly gets discontinued. Should my wife decide that she likes a particular flavor in her coffee over any others then "PRESTO" it is gone forever!! If my mother falls so in love with a TV show staring a particularly whiny anti-vampire vampire, that she would sooner donate her own blood then see it canceled well then "BLAM" show gone, leaving eight million exsanguinated viewers left convulsing in shock muttering, "Mick, Beth, No!!!" 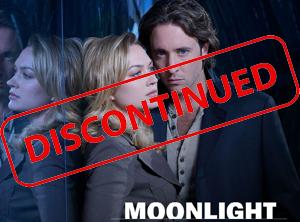 Is it just me or are we all cursed to endlessly search for replacements? Starbucks has recently discontinued the flavor Almond as an additive to their coffee. Now I ask you, are more people really purchasing stuffed animals at Starbucks then adding the flavor Almond to their coffee? Seriously, there is a three foot by three foot giant basket of stuffed bears that I for one have NEVER seen anywhere in the world other then at a Starbucks, not on people's desks, not in their homes, nowhere! Yet for some reason the store doesn't have space for a little bottle of Almond syrup amongst the twelve other obscure flavors?!
"
it never fails that whenever anyone in my family becomes a regular consumer of a specific product it instantly vanishes off the face of the Earth!!!
Are you telling me that more people flavor their coffee with "Classic" than with Almond? What the hell is "Classic" anyway and since when have we started flavoring coffees with adjectives instead of actual flavors? I'm sorry Starbucks but with all the forty two thousand other selection criteria you have for all your drinks you will never convince me that the flavor Almond was such a burden for you to keep around. In addition when given the choice of "Classic" or Almond flavor I'm pretty sure that the general public will choose an ACTUAL FLAVOR over a time period to put in their coffee! I hear the next thing to go are the breakfast sandwiches that I buy almost every morning. THANK GOD though that if I ever decide I need to buy twenty seven copies of the game Cranium well then I know right where to go! 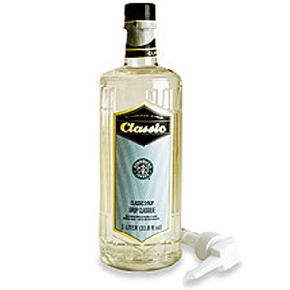 I believe that things have gotten way too specialized which is why they keep getting discontinued. These days you need to have access to a scanning electron microscope to get the exact dimensions of all your items around the house before you venture out to be a consumer. Apparently, you can't even buy straight bobby pins anymore but can however buy ones that are curved and especially contoured to your head. Wait, what?! Does that mean that all the people out there who actually still use bobby pins have to now go and get their skull measured for its appropriate curvature? These days a little old lady needs to get a MRI done of her skull before she goes and buys bobby pins so she can do her hair the way she has done it her whole life that is unless she happens to have the exact same skull as the bobby pin manufacturer, a long shot at best I feel. Would the universe explode if two different kinds of bobby pins existed next to each other in the store, straight AND curved?! 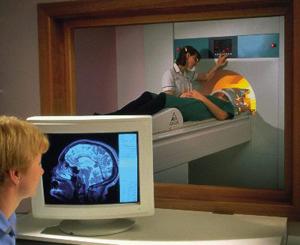 There seems to be an entire aisle these days devoted to different size Ziploc and garbage bags. What ever happened to small, medium and large?! Since I bought my trashcan at Bed Bath and Beyond, if I want to buy liners, I am instructed to order them directly from the manufacture so that I don't have any extra "unsightly bag" hanging out over the side of the trashcan.
"
These days you need to have access to a scanning electron microscope to get the exact dimensions of all your items around the house before you venture out to be a consumer.
Since when has having extra bag showing on your trashcan a huge faux pas? Do I have to soon start tying little decorative bows individually onto my trash items in case someone throws something away and actually looks in the trash directly? Oh the Horror! It is a trashcan people. I think a little unsightliness might be implied in the name, don't you think?

While we are on the subject of discontinued things, I would like to take this opportunity to send out a personal apology to all the out of work actors and actresses out there in TV land in addition to any disgruntled viewers. If you recently had a show of yours canceled, well that was certainly my fault. Apparently my VCR is directly linked to every single television network and if I happen to get so into a show that I am compelled to press the record button, well then it instantly sends a signal to the network that airs that show and it is immediately canceled. I know I shouldn't press that button. I know it is even colored RED to deter me from pressing it, but sometimes my daughter looks up at me with those big brown eyes and says, "Play please, Outside?" I mean what am I supposed to do? Ignore her? Watch TV instead? No, I refuse to choose television over precious moments with my family! So I invariably press "record" indicating to the universe that I actually enjoy watching a particular show and "POW" the show instantly gets canceled the next day.

"
In addition when given the choice of "Classic" or Almond flavor I'm pretty sure that the general public will choose an ACTUAL FLAVOR over a time period to put in their coffee!
However if you are wondering why America's Funniest Home Videos is still on the air after nineteen years, it is simply because I don't find it particularly funny when some one maims themselves armed only with their own stupidity, and thus I don't watch it. I should in addition go on record and publicly apologize for the entire writers strike as well. That was my fault. My wife and I went on vacation the week preceding the strike and I set the VCR to automatically record everything we watch during the week while we were gone. It wasn't until we got back and read the newspapers that I realized what I had inadvertently done. So I am sorry about that. 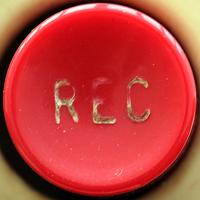 Although on the bright side I have a lot more free time on my hands now that every TV show I watched has been canceled. Of course most of it is spent searching for a trashcan lining that fits to within a micron of the lid without any overhang.