The End of Days or the Loss of Perspective

This article belongs to End of the World theme. 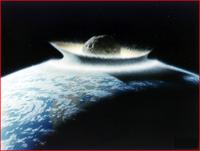 Our society has always been hyper vigilant about emergency preparedness, however is there a survival kit available for losing ones own sense of perspective? We are all told that if there is an emergency situation you are supposed to run right out and buy batteries, water, milk, bread and duct tape, I presume because duct tape solves all problems. Without fail every winter the meteorologist mentions the word snow and we all jump like lemmings at the chance to do our best impressions of a person in sheer panic raiding the stores of anything and everything. Even the mere mention of vaccination shortages leaves people who were never planning on getting a vaccination in the first place making a crazed dash to their local drugstore to sleep on the doorstep in order to be first in line. 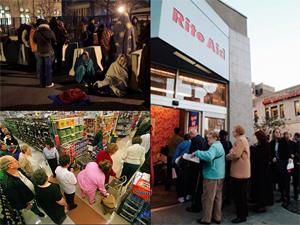 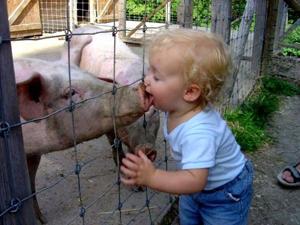 What I find most interesting about your average high strung paranoid person is their ultimate ability to live in the here and now. For instance they are always SO CONCERNED with the latest snow storm, heavy rainfall, yearly flu virus, or whatever end of the world scenario they get spoon fed to them by the nightly news. Yet their selective memories force them to forget the previous seven thousand times the news has sensationalized the mundane and they managed to survive the "actual" mediocrity regardless. Furthermore there have been countless predictions of future apocalypses foretold (with equal inane validity) which would really make death by swine flu an easy way out in comparison if you think about it. It is just so counter intuitive to me because you would think that if they had the single mindedness to focus only on the present then that would preclude them to not act like crazed lunatics when ever the media is hungry for ratings. This inherent selective amnesia and ability to ignore future insane paranoia should make these people prime candidates for living in the moment in a Zen like fashion.

The fact that I am alive at all actually boggles the mind and defies all reason when you think about it. You see I have survived countless foretold apocalyptic horrors to date and the fact that I am actually alive to write this at all is simply mind blowing.


"
This inherent selective amnesia and ability to ignore future insane paranoia should make these people prime candidates for living in the moment in a Zen like fashion.
In both 1979 AND 1983 I survived Leland Jensen's prophetic nuclear exchanges between the superpowers; luckily I had plenty of duct tape for that one.

In 1982 I survived The Jupiter Effect which postulated that a planetary conjunction would cause earthquakes and a solar flare. The actual result of the gravitational pull of all the planets combined was a higher tide measured in some places, peaking 0.04mm above average. Boy did I feel silly for buying extra water THAT day.

In 1986 I survived the prophesized collision of Halley's Comet with the Earth, but that one was a close one for sure. It came within 62,831,160 kilometers (39,041,472 miles) and I was sweating bullets, little did I know this was to be just my first comet collision survival. 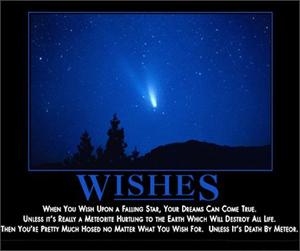 In 1988 I survived the interpretation of the Book of Matthew's second coming of Christ which was foretold as being 40 years from the formation of Israel. I attribute my purchasing of extra bread to that survival because as you know bread is supposedly his body and thus I speculate he was unable to take form due to a shortage I created.

In 1992 I survived "The Rapture" which I later found out wasn't the end of the world after all as Rollen Stewart predicted but was really just the joy of escaping High School.

In 1997 I just barely escaped destruction by various different means. Not only was it the 6000th anniversary of the Creation but the Hale-Bopp comet apparently had a UFO trailing it not to mention that the Solar System was passing through a mysterious and entirely imaginary region of space called the Photon Belt. I truly felt alive that year, unfortunately though that was the year my wife became lactose intolerant. She didn't want to throw out all the extra milk we had bought in preparation and I think her body just naturally responded to drinking 34 gallons of milk by shunning it for all time. 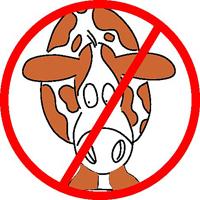 Then just next year in 1998 I survived another second coming predicted by Hon-Ming Chen, leader of the Taiwanese cult "The True Way" which claimed that God would announce his imminent return on every television in the USA, prior to an actual landing in his spacecraft. Again the bread; never underestimate the power of buying bread in apocalyptic times.

In 1999 I had several other near misses with death. Nostradamus predicted the end of days in July which I narrowly escaped. This was followed almost immediately by the prediction that the Cassini space probe would crash to Earth, spilling its radioactive fuel and fulfilling the prediction in Revelation 8:11 but my water wouldn't be tainted and bitter because I had plenty of Deer Park on hand.

In 2000 I thwarted the predictions of none other than Sir Isaac Newton who believed this would be the year told of in the book of Revelations. Imagine my elation when I realized that I was indeed Y2K compliant. 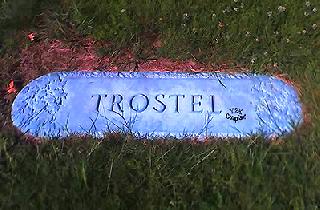 In 2004 many predicted that the Tsunami was the start of the end of days. Yet again, another instance where purchasing extra water left me feeling a bit foolish.

In 2006 I escaped the predictions of Clinton Ortiz that Prince William the antichrist of revelation would come to power. This was also the year that I lived through June 6th 2006 (666) without bursting into flames. This time I admit that the extra water seemed prudent.

In 2008 A minor Christian sect The Lords' Witnesses predicted our lives would end and I dodged that bullet as well by wrapping myself entirely in duct tape. It seemed a good idea at the time facing the end of the world, although the removal of the duct tape made me wish I didn't survive.

"
Never underestimate the power of buying bread in apocalyptic times.
Those were just the big "near misses" too, there were countless others that just seemed silly to mention in comparison but rest assured each and every year there were numerous end of the world predictions that I thwarted. In addition to date I have survived multiple human race ending prime time news pandemics as well (knock on wood) including, AIDS, SARS, Avian Flu, EBOLA, Flesh Eating disease, MRSA, VRE, MDR-TB, Ecoli O157, Salmonella, Anthrax, Meningitis and now Swine Flu. Not to mention all the minor health scares reported by the media I have managed to somehow survive including but not limited to: Lead Paint, Mercury Fillings, Fluoridated water, BPA water bottles, Teflon pans, Nitrates in cured meats, Autism from vaccines, Phthalates in my rubber ducky, Diet Soda, Spinach, Peanut Butter and the list goes on and on and continues to grow daily. 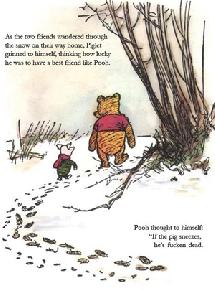 So clearly I am thankful to simply be alive because I am easily the luckiest person on the planet, except for everyone else still alive but who's counting. Amid all this paranoia and cataclysm I attribute my amazing survival skills to my perspective and ability to keep a level head. I have surmounted impossible odds and dodged more extinction events than is even imaginable by just using good old common sense. You may be wondering what I am planning to do with my continued new lot in life. Well the answer is easy, NOTHING because the world is going to end when the long count calendar of the ancient Mayans ends on December 21, 2012 so I really don't see the point anymore. 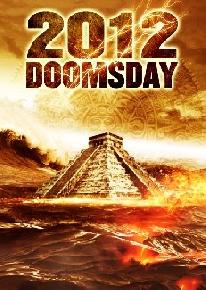