An Open Letter to All Survivors

No I don't mean Cancer survivors, survivors of some natural disaster, or survivors of some traumatic incident, I mean all people who have been on or are going to be on the Reality T.V. show Survivor. There are a few things I need to get off my chest which have been a long time coming so listen up, because this article may just win you a million dollars in the future. At the very least though it will stop you from looking like a total idiot on national television so please pay attention, I only want to have to point these things out once. 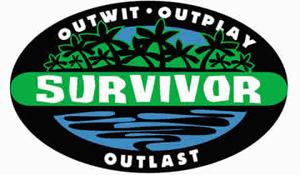 First, if you find out you are going to be on the show Survivor then I suggest you actually track down the past eighteen seasons and watch them before actually going on the show. In addition if you have watched them then you need to watch them again just before you leave for the taping. From what I can tell the vast majority of people that end up contestants on Survivor either suffer from selective amnesia or have never actually watched the show. Every season the same mistakes get repeated from previous seasons and I find myself silently screaming inside, "WTF?
"
If you can't start a fire with something that burns that hot then you not only don't deserve to survive the show you probably shouldn't survive period, anywhere.
Have these people never seen this show before, what are they doing?!?!?" Yes I know that one of the seasons was called Fans vs. Favorites containing both contestants who have actually been on the show and those who proclaimed to have religiously watched it. However, what was broadcast to my television was not a bunch of expert contestants battling but rather a bunch of people with amnesia trying to repeat all the same mistakes and then wondering what happened. I beg you future Survivors, watch the show when you get the call from Jeff Probst (or whomever calls you). Even better, watch the show before even applying because so many of you get there who clearly never wanted to even be on the show or play the game in the first place. If you can't survive watching all the seasons sitting on your couch eating junk food then you certainly won't last thirty nine days on Survivor without even remotely enough food or sleep. 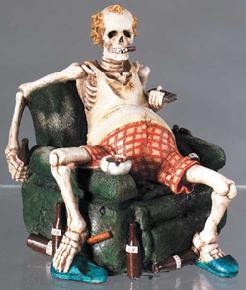 Second, and I can't stress this enough, go to a camping/sporting goods store, buy a magnesium/flint fire starter and go home and use it to build a fucking fire! This is almost as important as having seen the television show you have worked so hard to become a contestant on. Let me help you out here a little and explain how this works. It is a block of magnesium with a strip of flint running down one side of it. You take your knife, shave off some magnesium into a little pile, put some combustible material on the pile and then ignite the shavings of magnesium by scraping the knife on the flint thus creating a spark. Magnesium is extremely flammable, burning at a temperature of approximately 4000 °F or 2200 °C. In case you didn't know that is freakin hot!!! If you can't start a fire with something that burns that hot then you not only don't deserve to survive the show you probably shouldn't survive period, anywhere. Not to mention the fact that on most of these the instructions are actually stamped directly onto them even.

I don't think I am being overly harsh either. I mean it isn't like you were scooped up, blindfolded by a bunch of masked men in a dark van, chloroformed and then woke up on a deserted island holding only a knife and one of these "ultra convenient" fire starters that you never saw before. You applied for this show and supposedly have actually seen it before as well (see point number one), so you should damn well know that you will encounter this item at one point in your Survivor journey.
"
Just because you don't understand women doesn't mean you are better than them, it just means as usual you are too stupid to ask for the directions.
You should have at least done just a little research into what to do with it if not actually bought one and worn it out building fire after fire in your back yard in all kinds of weather conditions. I still have nightmarish flashbacks of watching the tie breaker fire building competition between Sundra and Becky from the Cook Islands season. The two contestants worked and worked for and exhausting hour and a half and were even given matches in the end and STILL had trouble, one even ran out of matches!!! It was both the funniest moment in Survivor history and also the most disturbing moment ever as a viewer. 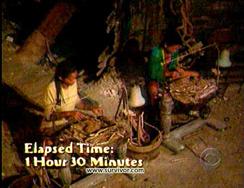 Third, and listen up men, if you for one second ever underestimate the ability of a woman to outwit, outplay, or outlast again then you deserve not only to be voted off the show but you also deserve to be voted out of the human gene pool. Every season and I mean EVERY season there is some testosterone driven tool who manages to convince other testosterone driven tools around them that the women are "coasting", "not calling the shots", "not in control", "not as big a threat", "not smart enough to orchestrate any power plays", and the list of insane drivel goes on. These are the same men who always get voted off for their short sighted ignorance and their unending exhausting drivel that spews from their mouths. Have any of these "men" (and I use the term loosely) ever met, seen or actually spoken with a woman? The show even put the lunatic ramblings of a man in a survival situation to the test and more then once pitted the men AGAINST the women. I don't know what show these men have been watching but what I keep seeing is the men getting their asses handed to them by the women on Survivor time and time again. Yet every year there is some guy talking about "Warrior men" and "Alpha males in control" and they are time and time again voted off usually by the cunning patience of a woman who just lets them self destruct with just a little nudge toward the precipice of destruction. I invite all men out there who plan on becoming a contestant on Survivor to not only follow the aforementioned points carefully but also before they leave for the show to place a phone call to their mother. Ask your mother to describe in GREAT detail the grueling 9 months of your now regretted gestation followed by the agony of your birth, culminating in the 18+years of dealing with raising you. Then if you still think a woman can't outwit, outplay or outlast a man then simply kill yourself out of Samurai Warrior dishonor or whatever testosterone bullshit you need to justify ending your simpleton existence. Just because you don't understand women doesn't mean you are better than them, it just means as usual you are too stupid to ask for the directions. 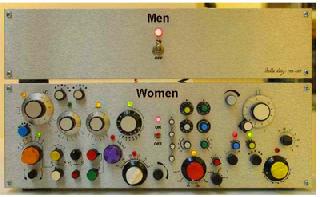 Fourth, for crying out loud people, you are about to be dropped off onto a deserted island or likely somewhere with a shit ton of water associated with it, LEARN TO SWIM!!! Every season there seems to be some aquaphobic contestant who flails around in the water like a light sensitive epileptic at a Pink Floyd laser show. I can almost forgive that you decided to go onto a wilderness survival show without ever learning to build an adequate shelter. I can overlook the fact that you skipped the anger management and self control workshop before entering into a game based on social interaction. Hell, I can even turn the other way when you lie around on your ass all day complaining while others are hard at work contributing. However, it is both infuriating and pathetic that you are a contestant on the show Survivor when you don't even have the skills to survive a fall into a backyard swimming pool let alone being pushed off a boat in the middle of the ocean. 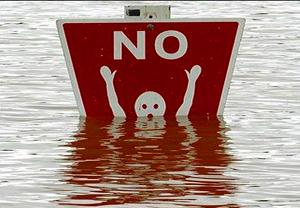 Finally, I will end with a list of things you should never say out loud on the show Survivor lest you immediately be voted off or lose quicker then you can say "fifteen minutes of fame."

"I truly feel comfortable I am not going home tonight." (You are next to go, no question)
"This must be the immunity idol, what else could it be?" (It's a fucking stick)
"I am going to win this game." (You aren't, not anymore)
"My alliance is solid." (You are gullible and I know of a bridge you could buy)
"I'm calling the shots" (You are likely someone's puppet at best)
"It is us in the final four guaranteed." (You have never watched the show, not once)
"My word is my bond" (You just told the world you are a big fat liar)
"I will never lie in this game." (This is like saying you are going to play poker but without cards)
"I'm playing for a million dollars." (Everyone knows this but to say it seems to be rude for some reason)
"I want to go home." (Wish granted, poof you are home and you didn't even need to click your heels together)
"I'm not feeling well." (Even if you are missing a limb, smile and be happy to be there, it's just a flesh wound)
"I trust you 100%." (You yourself keep messing up in this game, but them you trust 100%???)
"I am in total control of this game" (Um, sure, yeah and I am the Jolly Green Giant)
"We have the numbers" (Zero is still a number and that is exactly what you will end up with)
"I'd rather eat then compete." (Translates to I would rather eat a slice of pizza then win a million dollars)
"I swear on my families life" (Your family just dropped dead and you probably will later wonder WHY WHY WHY?!?!?)
"I don't regret anything I have done." (Congratulations you just pissed off the entire jury)
"I feel I deserve this more than anyone on the jury because blah blah blah" (You just handed a million dollars to the other finalist)
"I have nothing to apologize for" (Yes this always works when trying to win someone over you have stabbed in the back)


"
Every season there seems to be some aquaphobic contestant who flails around in the water like a light sensitive epileptic at a Pink Floyd laser show.

And at last the Piece de resistance:
"I played this game with honor and integrity and never told a lie" (I am completely insane and live in freakin la la land where I am the dragon slayer, and you are the dragon. Pygmies want to eat my ass. I dance with sharks and crocodiles and am stalked by jaguars and piranhas. National Geographic asked to document my adventures but I said no. I didn't want my super-secret martial arts Chong Ram taught to me by monks in Tibet that completely refocuses my energy to be broadcast on a reputable program, instead I decided to just do it on Survivor. Let me know if you are ever in any trouble in a foreign country because I can pull some strings to organize a military helicopter to come get you. I hold the world record for longest solo kayak expedition. Please call me Maestro, would you like me to air conduct a symphony for you? If I could wear only one hat it would be that of Renascence man. I have been forged, like an iron thrown into the fire and coming out unshakable, unbreakable, invincible like a sword. I am Coach. Be the wizard.) 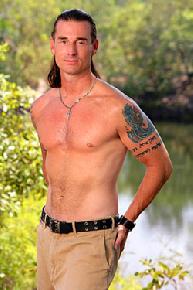