The vast majority of militant organizations are religious based or have some sort of religious mandate associated with their cause. Although be careful humans because a new species of threat is evolving right under our noses and they dont give a damn what you believe. Monkeys are starting to quite literally go ape shit and if we aren't careful humans may become extinct as a result.
By Andrei Trostel
2009-04-26

Summer of 2006, I remember it as if it were three years ago. The world's eyes were trained on escalation in an age old Israeli/Lebanese conflict that would end in further pointless bloodshed. Ethiopia invaded Somalia in a move backed by the United States because the U.S. was gearing up for the release of Pirates of the Caribbean Dead Man's Chest. If there is one thing the United States does know about Somalia it is that they have real pirates there and by god we were going to find out the correct way to pronounce "Caribbean" even if they do speak Somali. However, while the rest of the world watched the conflicts ensuing and us Americans watched Johnny Depp on the big screen we all missed something bigger. Bigger then a 2000 year old religious conflict, bigger then a quest for a real pirate, bigger then even Johnny Depp. What escaped our gecko like attention was the formation of one of the most disturbing and potentially dangerous militant groups this planet has ever scene. I speak of course about the Mexican Monkey Army or the MMA for short.
http://groups.yahoo.com/group/mexicanmonkeyarmy/ 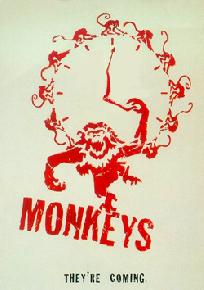 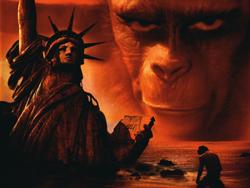 This new threat led by "General Monkeywithtaco" has a clear mandate which is to "restore Mexican food to its purest form one day" and by historical terrorism it seems.
Conveyance of immediate military officer status of "COLONEL incognito burrito taquito enchirito monkey JR." (or "COL. IBTEM jr" for short) is apparently one of the draws of this new global and apparently temporal terror organization. Their claim is that people are "taking white people food adding chili and cumin and passing it as Mexican food" and that "white and ethnic people tend to love it." Now as a so called "white person" I can kind of see their point in that I have been to Taco Hell and what is essentially chihuahua food on a lukewarm tortilla is being marketed as Mexican food.
"
Luckily in a short sighted evolutionarily rookie move they also listed their weaknesses right along side their special powers.
The subterfuge in this is that by giving their "food" a four or five word, unintelligible name they think that people will think it sounds authentic. In addition making it fairly inexpensive leads one to order four or five items at a time, thus by the time you are done speaking the order your tongue is already numb and will never know the difference once the "food" actually touches it. Throw in some fire sauce and all bets are off, you could just as easily be eating dirt on cardboard and you would think it was Mexican food you happily ordered. 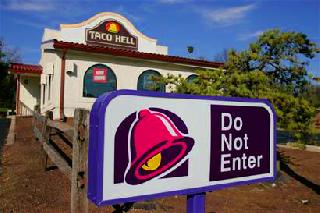 Luckily for us humans, mobilization problems which have always been an issue for the primates of this planet, have seemed to temporarily thwart their advancement. To date (three years from the formation of the MMA) they only have six members averaging two a year by my count. In addition, they have thus far only focused their attention on Mexican culinary pursuits instead of joining with their brethren on a broader range of issues. Apparently people, there are multiple militant primate organizations that I was unaware of until doing a little research. There is the aforementioned "Mexican Monkey Army" or MMA. However, there is also the "Monkey Army" whose platform includes mainly anti-animal testing but also includes abolition of exotic pets, Monkey impersonations and apparently the cessation of Britney Spears's voice which drives howler monkeys insane. (Who knew?)
http://themonkeyarmy.tripod.com/ 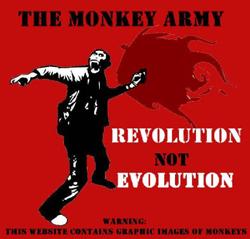 In addition there is also the "Monkey Army", yes I know the names are a bit redundant but we are talking about militant monkeys here not erudite professionals. The fact that they mastered time travel AND still have time to throw poo at each other clearly demonstrates that their "man power" (now isn't that ironic) isn't going to the naming department of these organizations. Anyway, the "Monkey Army" (the other one) boasts skills and special powers that would rival most militaries of the world and they even have a Special Agent Ninja Monkey! Luckily in a short sighted evolutionarily rookie move they also listed their weaknesses right along side their special powers. Take note of the fatal flaws now humans because it won't take them long to quickly rectify this typical advancement error.
http://www2.hawaii.edu/~bergen/monkeyarmy/who.html 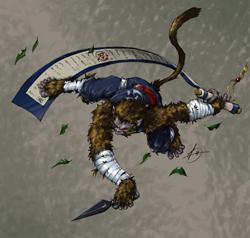 Obviously there is a growing threat looming on the horizon and for now it seems to be contained due to the apparent primate inability to search the key phrase "Monkey Army" on the internet. Make no mistake though, there are other monkey armies out there and if they ever solve this mobilization road block I for one wouldn't want to cross their paths in the past, present or the future. 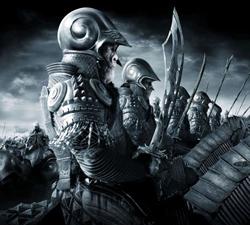 To ensure my safety and the safety of my family I decided to order a whole case worth of what I like to call a little militant simian aggression insurance policy. It is a well known fact amongst primatologists that you should never make eye contact lest it be seen as a form of aggression.

"
Obviously there is a growing threat looming on the horizon and for now it seems to be contained due to the apparent primate inability to search the key phrase "Monkey Army" on the internet.
When staring down the barrel of a high powered rifle held by a highly trained militant monkey one can never be too careful. 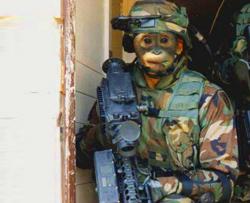 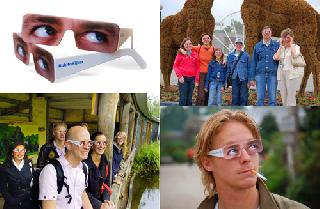