I Smell a War, and the Scent of the Battlefield Never Smelled Better

There is a war raging in your olfactory canals which I dare say you are completely unaware of or that it is even occurring around you on a daily basis. It occurs in your home, in the restaurants you frequent, and even in your car unbeknownst to you. Our senses are becoming a casualty and it is time to end this conflict once and for all damn it! Lay down your axes against the trees and sheath your knives used on the fruit they bear. Mark my words though; ambivalence will only leave you smelling the stench of the battlefield. 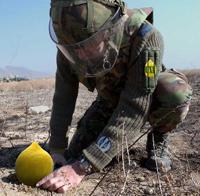 I have always thought that citrus fruits are the pushiest fruit on the planet and are secretly trying to take over the world. They seem to be infiltrating every product I am a consumer of and I didn't invite them. They are staging a hostile corporate product takeover and the only ones doing anything about it ironically are the very ones that bore them in the first place. 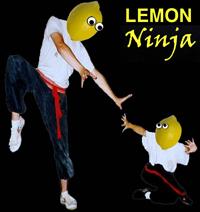 I believe the lemon is the general of the citrus fruit army and the secret headquarters is the beverage industry. Lemons seem to have a tight hold on that industry and I find it annoying that they have secured the spot as the 'universal diet indicator'. When I go to a restaurant and order a diet soda the waiter/waitress ALWAYS put a lemon in it so they can know which one of the drinks on the tray is diet. I appreciate that they are trying to deliver the correct drink into my hands but then at the same time it is counter intuitive to then change that drink order to a diet LEMON whatever the hell I ordered. In my opinion that is changing my drink order without consulting me on the matter first. I didn't order a diet lemon soda, and I can always taste the lemon no matter how subtle it is or how fast I take it out of the glass. It isn't like it is a tasteless fruit; it is one of the most potent flavorings out there, so much so that if you try and have it by itself your body goes into pucker convulsions. You can't just throw a lemon in a soda just because you want to or you can't for the life of you keep a stupid drink order straight. That is forceful lemoning!!!

I find it equally as offensive when I get a lemon in a glass of water because there is no such thing as diet water. I just feel like they are trying to push ghetto lemonade on me because they know their water tastes like old toilet water. I ordered water not an ultra diluted ghetto lemonade, but thanks anyway. I know that I am supposed to make lemonade when life hands me lemons but sometimes I just want a fucking glass of water and that is all!

"
I know that I am supposed to make lemonade when life hands me lemons but sometimes I just want a fucking glass of water and that is all!
Trees have never even gotten close to trying to forcefully infiltrate my beverage or food which I believe garners them more respect. I'm afraid I can't say the same for the lemons which seem to be everywhere just willy nilly. I believe the pine tree is the general of the tree army and the secret headquarters is the automotive industry, specifically since any car that has gone bad is referred to as a lemon. There seems to be no positive way that lemons can ever infiltrate the automotive industry and that seems very telling to me. In addition, most car air fresheners seem to be pine scented or in the shape of a tree, even if they are a different scent, like a secret code or something. Furthermore cars produce carbon dioxide which conveniently trees require to survive and flourish. 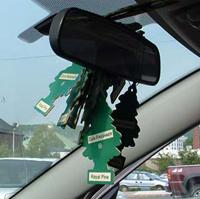 The current primary battleground (other than your nose) seems to be all cleaning products. All cleaning products seem to be available in some kind of citrus or tree scent. I don't really think that there is any advantage to having my floors lemon or pine scented so there must be something else going on here. I mean when was the last time you got down on your hands and knees and really smelled your floor? Who gives a crap what it smells like and if you can actually smell it in the first place I would suggest you simply need to clean more often. At my floors dirtiest I don't think I even detected an odor of ANY kind so I fail to see the reason I now need it to smell like a forest or a freakin fruit salad. 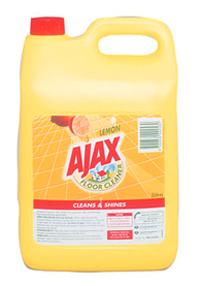 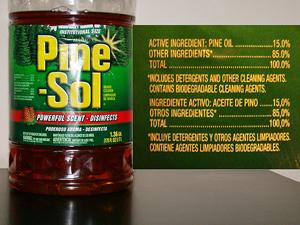 Lemon scent, Orange scent, Lime scent, Pine scent, Sandal wood scent, Cedar scent. The amount of things that are either some kind of citrus or wood smell is way out of control. It is just all way too over the top to just be normal everyday scenting. What started this whole tree/citrus fruit contention? Maybe the citrus fruits are mad at the trees because the trees banished them off their branches? Perhaps because of the ejection from the trees the citrus fruits are trying to get back at the trees by taking over the cleaning industry. Control of the cleaning industry is all about maintaining control over the amount of dirt that there is in the world. Trees grow in dirt. Think about it!

"
Who gives a crap what it smells like and if you can actually smell it in the first place I would suggest you simply need to clean more often.
It is all escalating so fast. I was at a party last month and someone was serving a dessert called lemon bombs which led to an embarrassing display of me running and ducking for cover under a table. The other day I saw a commercial for a particular lemon/lime fusion drink. The beverage industry war machine is now creating genetically engineered super soldiers now?

I refuse to continue to live in fear. The time has come people to stop being a casualty of one of the most pungent wars this planet has ever smelled and to finally give peace a chance. 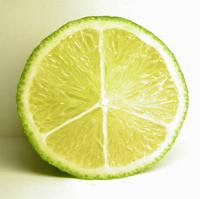