O.k. yes, it is true I was never very proficient in talking with people in general but I was always able to at least fake it just a little bit. Lately, I find that my attempts to allay my social anxieties with humor and meaningless hypothetical questions are being snuffed out faster then an errant campfire that is being peed on by Smokey the Bear. 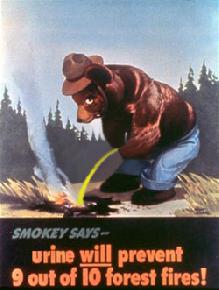 First of all let's get one thing straight, just because you have been "friended" (which apparently is a word now) on Facebook or Myspace doesn't mean I know what is going on in your life. I know it is shocking but I don't sit around for hours on end each night reading up on everyone's life, ESPECIALLY if I actually see you everyday. If I haven't spoken to you in months/years then yes maybe I will check the digital projection of yourself every once in a while just to satisfy my nosey curiosity about you without having to actually talk to you. I mean lets face it (no pun intended) there may have been a reason why we haven't spoken in years/decades and now you only want me in your life for your mind numbing Facebook pirate game. Maybe we weren't the best of friends in the first place. I mean that is the only reason why I "friended" you anyway after decades/eons, that or because I wanted to see the off limit pictures of how old/ugly/fat you got since high school, damn, you used to be so cute too. 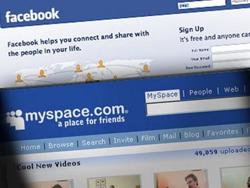 "
I mean it isnt exactly self explanatory to me why you and some people I dont know are dry humping that statue...
To all my current "real (and I use the term loosely) friends" please please please stop saying "Nothing" when I see you and ask you what is new or what you have been up to lately. Yes fine, you posted it on Myspace but that doesn't mean I know it, read it, heard about it or don't want YOU to talk during lunch just so I don't always have to. Don't come over to my house either and sit there in silence, I just spent hours cleaning the place AND cooking for you so you better bring more then "Nothing" to the conversation table! These days it seems that anything that has been officially posted on a social networking site is off limits to talk about, period, unless of course I am sitting in front of a laptop. Will that help? If I bring my laptop to lunch will you actually respond to me if I type the question into a little comment box under your photo? I mean it isn't exactly self explanatory to me why you and some people I don't know are dry humping that statue in that photo of when you went on vacation, surely you must have more to say about it then "caption quote: me and a statue." Let's just start the conversation with why when you see a statue, your first thought is "I bet I could mount that!" I think that would make for some highly entertaining mealtime conversation and will provide some insight into you as a person as well. Just because you posted it already on a social networking site doesn't mean it is OLD news. Fucking a statue is news no matter how long ago you did it or how many sites you posted the picture on and also warrants at least a little explanation don't you think? These days I read books and then turn around and pay twenty dollars to see the movie that comes out only a month after the book was released. So don't feel shy about repeating something you wrote half a sentence about online. Seriously, you grind on statues you only JUST met, why are you being so coy with me? I thought we were friends? 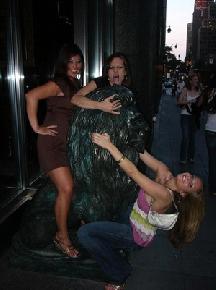 To the "everyday friends", you know, the ones you actually see everyday and thus it seems silly to NOT be friends with them virtually also. I mean I am apparently friends with someone that I passed in the hall once and possibly made eye contact with over ten years ago. Not to mention all the total strangers who I am apparently friends with because they are playing the same time killing game on this site as me. To all of you who fall into that "everyday friend" category, the next time I am telling a story if you respond to me with, "Yes I know, I read it/saw it on Facebook/Myspace" I will stab you in your eye with a rusty knife!!!
"
Seriously, you grind on statues you only JUST met, why are you being so coy with me? I thought we were friends?
Just sit there politely and listen to my damn story and you might actually hear something beyond the one sentence line I typed in the three seconds I was on the silly social networking site. That one sentence I wrote to over one hundred almost total strangers wasn't the ENTIRE story you can be sure. You are my "friend" and I have the digital proof to prove it but that doesn't mean I am above committing a capital crime if you respond to me with that sentence again. Consider yourself warned!!! 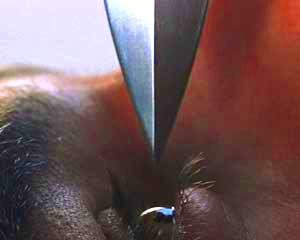 In addition to all those hundreds of people who claim to be my "friend" either virtually or in reality don't ever utter the words, "Just Google It" to me again lest you be in line for the above mentioned stabbing as well. You know me/knew me/have met me once in your life and thus you should damn well know that I deflect awkward social interactions with zany hypothetical questions that the two of us can burn two hours of conversation with in order to not stare at each other in silence. "Just Google It" is the modern day equivalent of, "I have no original thoughts and opinions and I am really just a waste of my REAL space." So unless you want me to think that about you then just shut the hell up and think for a second when I ask you, "If light is a wave then what would be the speed of light if it went in a straight line and didn't travel in a wave?" The answer to any question MOST CERTAINLY IS NOT "Just Google It" unless the question is "Do you want me to stab you repeatedly?!?!?!" (Ironically enough Google doesn't have an answer for that entry, yet).

"
The answer to any question MOST CERTAINLY IS NOT Just Google It unless the question is Do you want me to stab you repeatedly?!?!?!
The whole point of this exercise is to actually talk about the question and laugh at the zany things we come up with when we both know neither one of us have a freakin clue what the answer to the hypothetical question is. It gives us the opportunity to playfully argue and banter about something totally irrelevant which is so much better then focusing on the fact that apparently no one ever told you that chewing with your mouth open is disgusting. 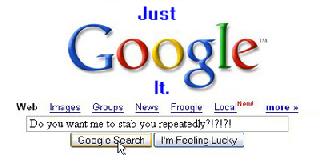 O.k. so all of that said, anyone want to have lunch? I'll meet you in the lunch room. I'll be the one actually talking to you instead of reading about you on Facebook or Myspace.