If you arent careful technology has a way of leaving you behind faster then you can change the blade on your razor. It is difficult to imagine what the world will be like in 50 years but if there is one thing I know it is that I will still be routinely injured by the best a man can get.
By Andrei Trostel
2009-04-03

This article belongs to Technology (in 50 years) theme.

Technology is growing so rapidly it is becoming increasingly difficult to imagine a world without half of the things that have been developed in the last ten years. Our technological gap used to be generational, yet lately it seems that gap has been reduced to the blink of an eye. In fact often people delay their technology purchases because they KNOW that if they wait a small amount of time, a better version will be coming out just around the corner. Industries wield this promise/threat of upgraded technology like an epileptic with a broadsword and I keep getting cut. If you aren't using what claims to be "New and Improved" you are labeled as being "Behind the Times" and thus outdated. 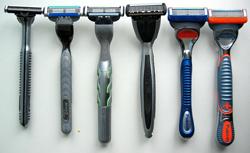 My grandfather (who apparently saw through the bullshit) shaved with a straight razor and I never once saw him with a beard, yet the shaving industry would have you think that shaving with just one razor was a ludicrous endeavor. I for one hate shaving and the whole shaving industry in general. It is already aggravating to me that I have to shave as much as I do and in comparison to most men I am not even a hairy guy. As it is I shave maybe twice a week if that, but every time I reach for that razor I immediately travel down a road that eventually leads to disappointment, frustration and bloodshed, usually mine. 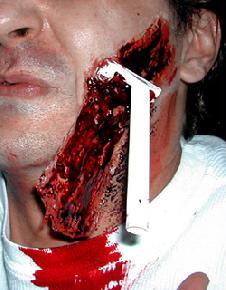 I'm tired of the escalation in "razor technology" and their claims for the closest shave ever. In the beginning, there was the straight razor sharpened on a strip of leather which I agree would have been tedious and perhaps dangerous at best.
"
Industries wield this promise/threat of upgraded technology like an epileptic with a broadsword and I keep getting cut.
(Sorry Grandpop) In 1901 Gillette introduced the Safety Razor backed by a massive marketing campaign that they had improved on the current shaving standard and demonstrated that for the mere cost of replacement razor blades you could be affordably clean shaven. (Sound familiar?) During World War One the United States Army made it mandatory for all soldiers to be clean shaven. World War One was the first war where chemical agents were used on the battlefield and anyone with a beard wouldn't have a properly fitted gas mask. Being clean shaven was actually a matter of life and death. As you can imagine Gillette profited immensely from the government purchase of millions of Gillette razors and replacement blades. In addition, they capitalized on the photographic icon of a clean shaven hero returning from the war. Since then Gillette and their competitors Schick, like sharks in a feeding frenzy, have quite literally smelled our blood in the water and have been using the same advertising campaign ever since, all the while waging their war on your body. They sell you the razor for cheap and in many cases for the ladies give it away for free with a coupon. (I never get that coupon damn it!) Then they charge you an arm and a leg for replacement blades, all the while developing the next "New and Improved" razor so they can make you feel outdated for using the old one. 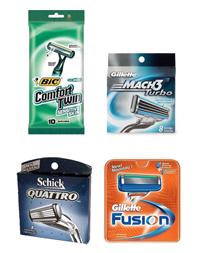 The first shell fired in this war of so called technological razor advancement was the twin bladed modern razor backed by the massive marketing campaign that "Two Blades Are Better Than One". The Gillette Sensor, made by a company that claims that "Gillette is the Best a Man Can Get." Irony at its finest since they are constantly being one upped by their competition, leading to further product development. Then came three blades, but apparently research showed that dragging three razor blades across your face was irritating. No, Really? Go figure! Who would have thought?!? Then they added a cooling strip, at least that is what they call it but it doesn't cool anything, it still feels like I am dragging 3 razor blades across my face.

Next the Gillette senor excel, a springy housing for the razors to follow the contours of your face with each blade at a slightly different angel, or something like that, who can keep track at this point? Then the Sensor 3 with cooling strips and soft protective microfins that gently "set up" your beard so the blades can comfortably shave you closer. I can definitely say that this works to some degree because I certainly feel "set up" when using this.
Then came the Mach 3, the triple blade shaving "system" with an advanced indicator lubricating strip. System? Really? We are now shaving with systems and not just razors?!?!?!?! If only Vincent Van Gogh had a shaving system, imagine how much more art he could have made. 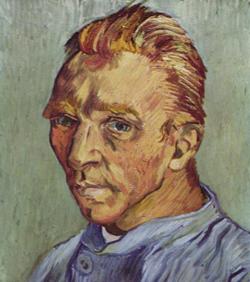 This was followed by the Mach 3 Turbo which had "anti-friction" blades that result in less irritation. Oh thank god you finally made the blades anti-friction!!! Then the M3 Power: "The first Micro-Powered Shaving System, with micro-pulses that stimulate hair up and away from your skin, in just one power stroke, you can get a closer shave." Did I mention this one has a "Nitro blade" as well? (Rolls eyes)

Now of course Schick wasn't about to be outdone by a micro powered shaving system with nitro blades. Hmmmm what can they do to combat such an obvious technology improvement? I know! MORE BLADES!!!! The Quatro!!! Four blades!!! But wait, why stop there, what about Quatro Power?!?! Four blades AND micro pulses, also synchronize those blades while you are at it because god damn it thus far they have been SO out of sync! Then like Winnie the Pooh stumped on his "Thoughtful Spot" pounding his head saying, "Think, Think, Think," Gillette finally reached a break through.

"
If only Vincent Van Gogh had a shaving system, imagine how much more art he could have made.
FIVE BLADES!!! The Fusion, with two cooling strips and one blade on the back for "precision shaving"
Wait, What?!?!?!?!
I thought all these blades were more precise? Are they now saying one blade is "precision shaving"?!?!?!?!
They are contradicting themselves!! So should I go back to a straight razor for precision?
It is their fault that I am not precise then because they keep adding more blades!!!
Now they have the Fusion Power which is everything plus the micro pulsing function.
Yeah, this seems like a really good idea now, five pulsating, not as precise as previously believed, razors near your face!!!!!

Seriously when is it going to end and what is up with the names of these razors?
I have cut myself with every one of these razors because I am a perfectionist so if I feel stubble I always keep trying to get rid of it and eventually end up cutting myself, or giving myself razor burn. I have tried all the foams, gels and creams that they sell to make it better and they all are useless. I have also tried electric razors and they never shave as close as a blade as they so commonly claim! Lies all lies!!!! 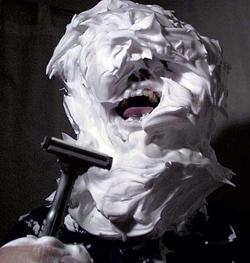 I feel like in 50 years I am going to be shaving with a three foot pole with 37 blades on it that vibrates and sends out electrical pulses while ejecting foam and water to ease the process. It will be called La Diablo Mort or something to that effect and yes of course I will buy it, all for the low price of $2,500. Of course the replacement blades will be three times as expensive as the razor.

These razor blades have gotten so expensive that some grocery stores have started locking up the extra razor blades because people are stealing them. This means that if you need extra razors then you have to wait at the customer service line and get someone to take you to the front of the store and unlock a cabinet to get you extra razors. I feel like a drug addict or something doing a buy in the corner of the store not to mention it is awfully disruptive to the whole shopping experience since the cabinet is often outside the registers. You have to leave your cart and pass the registers, get your razors and then go back to get your cart and then go pay.

"
Then like Winnie the Pooh stumped on his "Thinking Spot" pounding his head saying, "Think, Think, Think," Gillette finally reached a break through.
Oh and yes I do feel sorry for women who shave their legs because it is way more surface area however, at least you get the razors for free with a coupon. I have to pay $15 for the razor and $30 for extra blades and I run out a lot it seems, when I follow their oh so handy "Enchanced indicator lubrastrip that signals me when it is time to change the blade." How convenient (for them)!!! Besides, I can't even use that free ladies razor coupon because those razors always have some conditioning lotion or crap that makes you smell like roses. If I used the free ladies razor I would end up smelling like a spring time meadow and thus eradicating my masculinity once and for all forever!

Besides they aren't any better:
The Venus
The Venus Divine
The Venus Vibrance
Schick Intuition
Schick personal touch
Sensor excel for women
Schick Quatro for women

It is never ending!!!

I fall prey to the advertising every time too because I want shaving to be easier and the new razors are always just as bad as the last type, but yet they seem to cost more. Now some would ask why I just don't simply grow a beard and be done with all this shaving nonsense. However, I'm afraid a beard is not for me, not only do I look silly with a beard but mine doesn't come in evenly at all. 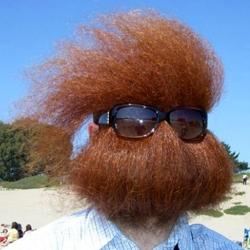 No I'm afraid I am doomed to shave for all eternity and eventually will be shaving with La Diablo Mort, the only shaving system with a three foot contoured pole with 37 blades on it that vibrate and sends out lightening electrical pulses while ejecting foam and water to ease the process, but also can skin a chicken in 30 seconds flat.

Just when I save enough money to buy it they will come out with La Diablo Mort Part Deux and they will have found that 38 rotating blades are much much better, plus it will cut through "old growth" in no time at all. 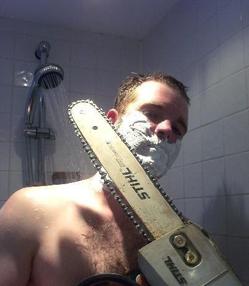