This article belongs to Top 10 theme.

My friend has just died, but it doesn't matter, I have a new and better friend now anyhow.

Could you imagine someone saying something like that? But that's what we do say about the change of year. Great we got rid of the last one, greetings to the new one. I'm not saying we shouldn't be happy to see the new year, well, better a year of cost than a year lost, right? No, I don't know what it means, it just seemed to rhyme well. Basically we should consider each previous year better than the new year. And in the end of the new year we should consider the old new year better than the new new year. Yes, it's complicated, but I tend to be like that. Explanation, anyone?


"
Not to worry, I'll get to the Top 10 list already in a few paragraphs! I think.
The new year is always there to help you realize your new goals, turn your year-end promises into reality, end of year is also a good time to think what to do better next year. And that's the reason why all the previous years are actually better than the last ones  if we didn't have the last years, we wouldn't have any idea what we need to change whatsoever, thus we couldn't improve anything during the new year. Yes, new year is the time to make the changes, but without the previous years you wouldn't know you needed any changes and the new year would be more useless than any of the previous ones in your life.

I know my logics are very often rather confusing. Some might even say ... something I wouldn't like to say here. But why not try to look at stuff just a bit differently  who cares that it might sound sort of stupid.

Now that we got all that stuff out of the way, all people are equal but they are different. So the difference in equality can't be equal with the difference. Okay, now I managed to lose even myself on the way. The point is that while we are different, quite many of us might be making the same or at least similar promises to ourselves in the beginning of the new year. So, let's just take a look at a 10 of them.


As sad or serious it might be, for most of us it seems to be true, money is one thing always on our mind. And when you listen to the words of this song (or read them here) the song migth have been easily write for money. Maybe it's just my twisted mind but then again, there's definitely no  maybe" in the sentence.

For many of us, one of the goals or promises we have given ourselves, usually in the beginning of every single year, is to earn more money. And don't get me wrong, it's not all about money, it's not about the love for money (even though, it could get your warm if you had lots of it...hmm) but rather what you can do with it. Let's forget all about the private jets for a moment. Yes, let's. Our main money-thought usually just tells us that we should earn enough not to have to think about money all the time. Reasonable enough? And that's definitely a good goal. Not achievement.wise (because the goal has no number, no deadline, no specifics), but generally put, it's all we really need from money.

Well, I think many of us who do set this goal don't really think of muscle much. Rather about a small weight loss to feel and look better.

I'm no expert, but my simple advice to everyone who want to loose a few (dozens) of pounds -
 Eat the fark less!
 Eat more often
 Eat more fruit
 Eat fish
 Eat meat, but not together with anything else (except vegetables)
 Walk a lot (substitute to some work-out)
 Do exercise  if you ask what? Hell if I know  but remember one thing. If you don't know what to do and don't do anything just because of that then ... well, you're just farked! Always remember  doing SOMETHING is always better than doing nothing.

Now, what about some Tae Bo? If you're even considering just starting with exercises, your arse (as well as mine) is probably still just a bit too big to actually be capable of doing everything in the 8-minute work-out routine, but check it out anyhow 

Smoking (yet another one)
Nasty habit, isn't it? Yet, it seems to be one of my favorites. So I'm not setting any goals to myself  but I do want to smoke less and I'm probably moving from cigarettes to tobacco instead. I'm usually too lazy to roll another cigarette and thus smoke less. Easy enough!

I don't know any good way to stop smoking, except to just have the motivation to stop smoking and then just stop! This is pretty much the easiest way to quit. The motivation part if important here. You really must want to quit and you must have a good reason for it. If you do, no one or no thing can stop you.

Or, as a thing-in-between you could look into a weird creature called electronic cigarette. A friend of mine just got one from a drunk santa and the electronic cigarette seems to have some benefits. In addition to no cigarette-smell (meaning you can smoke in your room) it is theoretically also healthier than real cigarettes, cigars or related.

What is an electronic cigarette anyhow? Well, it is a device powered by a battery that provides inhaled doses of nicotine by delivering a vaporized propylene glycol/nicotine solution. "In addition to nicotine delivery, this vapor also provides a flavor and physical sensation similar to that of inhaled tobacco smoke, while no tobacco, smoke, or combustion is actually involved in its operation." (wikipedia.org) 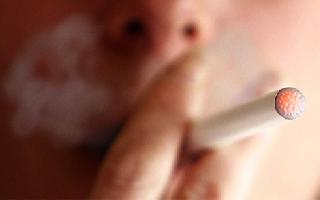 Work vs wasting time (yes, another one)
I believe I'm not the only one out there who has problem with time. It's not that I don't have enough of it, I do. Each of us has 24hours a day unless you're smoking a lot of pot and your days seem to be 80 hours each. But I have lots of useless habits like watching TV or movies from my laptop (not too uncommon to watch a complete 20-part season of some series during the  evening").

I have made some calculations. Considering my math result when finishing high school (now that was...way back) was just around 26% of the maximum, I won't bring out the exact mathematical formulas I used to get to my results (as neither of us would understand them) but I got to the result that I do about 13% of what I am capable of doing. It was a really weird calculation and it all took place in my head but that's the result anyhow. And I think the maximum I could ever achieve is 80%. More than that and I'd become a workaholic, so that wouldn't be too good either. So I have decided to move towards 80 ... but on the way, once I reach 60%, I'll be happy.

Drinking & social life (number four)
Drinking...mm, now that brings back memories. For all of us I mean. Doesn't it? Okay, I drink too much. That's what you might think anyhow, but I'm good.

When we talk about drinking then you could look at it from two different perspectives. The first one, of course, says that you may be drinking too much and you should probably quit or decrease your drinking. For many it's true, for many it's not. Well, you make your own conclusions, I'll make my own. 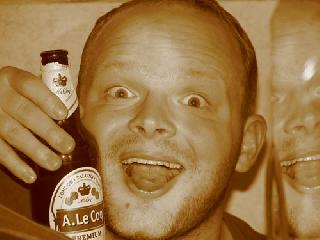 Partner or a dog (five)
You've just come out of Christmas alive  if you're alone, Christmas is usually one of the worst holidays out there. And now it's time to start thinking about changing that, right? You might have that goal. Goals are great. Remember though, a goal without action is like sex without a partner. Hmm, yes.

And just to feel yourself better, you could try getting a dog or a cat instead, usually costs you a lot less over time and mostly agrees with you a lot more.

Travel (another number)
Travelling is necessary. Are you one who agrees or one who doesn't? As much as I have talked to people, there usually are just two sides. Plus the gray minority in between. I for example, definitely need to travel. The more the better. And setting yourself a goal to travel more the next year  I think it's just a great goal. But as it is with goals  try to put in just a bit more specifics. Where do you want to travel? Within your country or abroad? If abroad then just another country or to the continent other than your's? How many times within the next year do you want to go abroad? For how long? And so on. 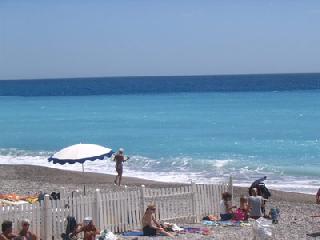 Positivity (hmm)
Do you know what's the secret of being positive about your life? I could write a book about it and then sell it to you for $49.50 but as you're reading my magazine, you'll get this information free of charge.

The secret of being positive about life IS....

The secret of being positive about life IS....being positive! You don't need any book to tell you how to live your life and how to be happy. Just think about what you want from life, believe it's possible (as it really is) and work your way towards reaching your dreams. The more positive you are, the more positive are people around you and the happier you are, the more motivation you have to work towards your goals and the more chance you actually have to actually turn your goals and dreams into reality.

And remember  shit happens sometimes, you just need to get the best of it. If shit never happend you wouldn't recognize the good things either. Shit is neccessary. Indirectly AND directly...if you know what I mean.

Tolerance (...is great)
I'm not black, I'm not gay, I'm not old, I'm not too young, I'm not even a lesbian (even though I do like them, a lot), I'm not even Chinese. So when I say you need to be tolerant and respectful towards ANY person then I do so objectively (being a white arse in his twenties).

Why do you need to be tolerant? That's a great question. But the easier way would be to look at it a bit differently. Why is intolerance bad?

Intolerance causes hatred, violence, sad people, even wars and murders. So isn't it better to be tolerant instead of intolerant?

Well, if you don't feel you are tolerant enough right now, maybe it would be a good idea to set that as a goal for new year?

Education ( number 10 )
We live, we learn. Yes. But do we do it enough? The question is good for the living part as well, always, but for now, let's talk about education.

The world is evolving, things are changing every day. We learned in kindergarden, we learned in elementary school, we learned the years after that as well  high school, college, university. By the end of the twenty-something learning years, we have finally graduated. And your road of education hasn't really started yet.

By the end of your Bachelor's degree you should have mainly understood couple of things  1) that you are still dumb as hell 2) that education is important 3) that you can never stop learning.

The world changes, so should you. Eevery year, you should deliberately learn something new. New knowledge is being found in our everyday lives anyhow. But something extra  languages, new practical knowledge about different subjects is what we need in today's world.

Here they are  the top ten promises to yourself. Do you agree?