Letter to the Earthlings

This article belongs to UFO theme.

A Letter to the People of Earth


Okay so it's not like there is a question as to whether or not we exist. You KNOW we exist. I mean think about it. The universe is big. Really just colossally, insanely and hugely big. Tiger Woods could not hit his best drive across it, on a gravity free day. Just trust me, it's big. 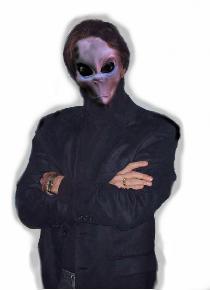 So yes, we exist and yes, we look exactly like all the pictures that you've seen. We are among you right now. We can see each other because our eyes are different than yours and for this article, we have decided to include some pictures of how we appear. 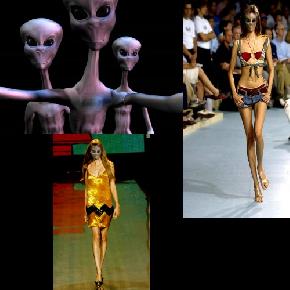 Later, we realized that you were indeed, the dominant species and we attempted to communicate with you. We thought it best to start with individuals. You can't blame us for that. You are the most violent species in the universe. From what we understand, you have even killed each other, over disputes as to which of you worships the more loving and compassionate God. Individually, you engage in violence because your sporting team has lost  or won. In groups, you are prone to hysteria and violence, leading to mass destruction. So we started with isolated humans in isolated places. 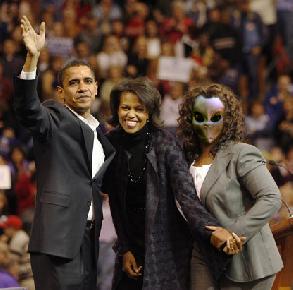 The first human we picked up, was quite frightened. So frightened, he was unable to speak. However, the burritos he had for lunch that day, still had the normal effect and we thought his flatulence was how you communicate. Thus all those anal probes, you've heard so much about. This was not us being sick or disgusting or any such thing. This was simply us inserting the Universal Language Translator into what we thought was your mouth. You should have heard us trying to SPEAK your language later, when we encountered others, of your species! We approached a few of you and tried to make farting noises through our mouths. We could not why you would both run from us in fear and laugh hysterically, at the same time.

In order to integrate with your kind, we had to utilize a masking device that changes the appearance of our skin and faces. Because we hadn't yet developed the necessary technology, there was little we could do about the appearance of our bodies. So we just posed as runway models. We found that if we made sure to throw up often enough, the charade was easy to pull off. 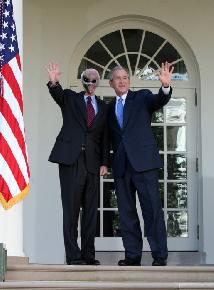 Later, we developed the technology needed to change the appearance of our bodies and a few of us actually enjoyed being "chubby". A senior officer decided to go on an intelligence gathering mission and learn about your culture. Since so few humans actually listen to anything, anyone else has to say, she was famously successful. Eventually she became famous and powerful. The only challenge she had was that her masking device would occasionally malfunction and so it seemed to humans, as if her weight was constantly going up and down. Fortunately, we learned this was common among humans so no one noticed.

Contrary to your beliefs that interstellar travelers have some kind of rule, prohibiting us from interfering with your societies, we do it all the time. We have done many things that have dramatically altered the course of your history and culture and our laws concerning this are fairly simple: Who cares?

In this spirit, we allowed our ships officer to continue her success and influence over your culture until eventually, she was able to help one of your kind gain a political leadership position.

In any case, we're happy we could help you select a new leader who actually seems to possess mental capacities far above the norm. Obviously, his predecessor left him much work to do so, we won't be bothering him soon. Expect to see us (in our natural form) on tv in a bout two years.
By the way, Elvis says "Hi".

Your Friends the Alpha Centarians.