A love story in four wheels

I consider vehicles as some of the greatest inventions of mankind. Cars, planes, boats and ultimately space ships help the economy and got us where we are today (not just litteraly). So why cars? Not every one of us can be an astronaut, but almost every person on the planet rubbed their behinds with a car seat.
By Ivan Paredes
2009-03-28

This article belongs to BUSINESS MONTH: How do they do it? theme.

Our editors called this the "Business Month" trying to tune the issues with the world's reality and the economic crisis that affects us all. So i'm going to relate my writing with a business topic that allows us to travel, have fun, pick up girls and sometimes even live inside to, CARS. 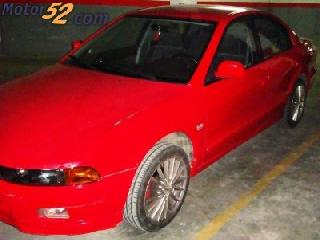 As you can see is a great looking car
Why i'm I gonna talk about cars? Well this is a tribute to a beloved friend of mine that helped me in times of joy and need, took me to every place i've wanted to go... got me laid few times, I've had to let go this friend yesterday after eleven long years of adventures. Who you may ask? My 1998 Mitsubishi Galant... Yeah, I know you're thinking that i'm a whimp now, but those who really love cars and driving would understand my feeligs.

So where it all began? There's not an straight answer, depending on the part of the world where you're at you'll find a different story. Just as the egg and the chicken.

The first one of us who even thought, or at least draw about a vehicle with wheels was Leo (not Di Caprio) DaVinci in the 15th century. Of course, the horse industry held back the car, just as car industry holds back electric car, until 1769 when Nicolas Joseph Cugnot invented car crashes hitting his newly invented steam car against a rock. 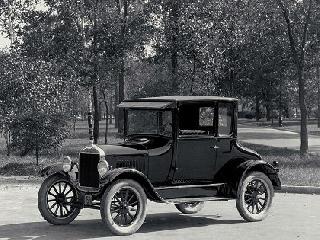 We\'ve come a long way
If you're in the United States you'll probably believe that was Henry Ford who invented the car, but it didn't happened just like that. I'm truly convinced that great inventions come from imagination and lazyness, so probably the germans who came up with the idea of a four-wheel automobile were just to lazy to walk. These magnificent geniuses were Karl Benz in 1885 or so, and about the same year Gottlieb Daimler and Wilhelm Maybach who adapted the, also pretty new, invention of the four stroke gasoline engine to a four wheeled chassis (three for Benz).

You may find these names very familiar, and of course they are... Those incredible and expensive vehicles with the three point star that you dream and maybe never buy are manufactured by Daimler- Chrysler, owner of Mercedes-Benz. You see how everything goes into place?

Charles and Frank Dureya succesfully brought aotomotive industry to the US, and set up the first car manufacturing company, but it wasn't until the stablishment of the assembly lines by Henry Ford in the 30's that these machines from hell hit the road. 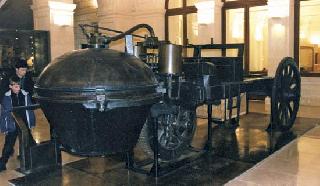 The first car crash might happened in one of this
We've come a long way since those ugly Ford T that only rich people could own, now it's easier and cheaper to drive a car than to own a PC (of course if this is the case you must be driving a refrigerator with wheels or your mom's PINTO.. but that's another story).


"
If youre in the United States youll probably believe that was Henry Ford who invented the car, but it didnt happened just like that
Every time you hit the gas and drive from your home to the corner store, block and a half away, you are sitting over almost a 100 years of innovation, and over 100,000 patents registered around the world (all in ONE car).

Nowadays, automobiles aren't just vehicles, they are signs of status and wealth. Before the global warming concerns, the bigger and louder the better. 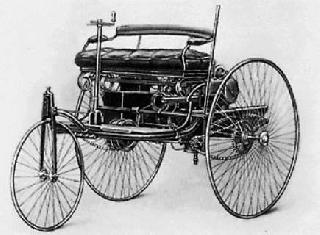 Looks like the Mercedes your boss drives isn\'t it?
Between that first car crash and today, somewhere in Japan, Mitsubishi Motor Company built a red marvel that traveled by sea about a month and got the door of my house about 11 years ago. Yes, i'm talking about my car again...
Of course I must be greateful, I've learned to drive in that car, got laid many times, met my girlfriend while driving it, went to the beach on it and visited many amazing places here in the belly of the world.

But what amazes me the most is that the 1998 Galant model wasn't changed until two years ago, it was designed so modern and stylish that when people sees one on the street they turn to watch it.

"
Weve come a long way since those ugly Ford T that only rich people could own
Why did I let it go... Well, cars have a life cycle shorter than ours, and 11 years is a long time. It looked new, sound new but every year the maintenance gets more expensive so I've decided to buy a new one, but always will remember my dear friend.