According to a post on Paypal Community, there was an update during the weekend (July 9-10, 2016) and something went wrong. That's what was answered to someone after they called in to complain about problems with withdrawals.

Considering today is Thursday (July 14, 2016), and the problems are still there, there must be a bigger issue in play. I have tried myself to withdraw money using my business account, and the result is as expected. Instead of the withdrawal options, you get the window with the exteremely informative message: "Error. It looks like something went wrong. Please try again." 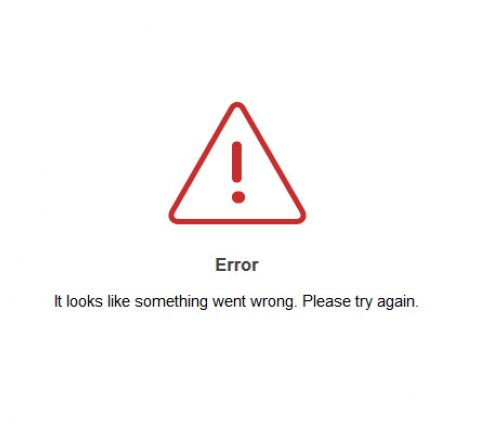 This is how the message looks like, exactly.
Considering we are dealing with people's money here, the very minimum Paypal could do is to add a link in the message to allow people to get in touch with paypal immediately. Instead, you have to find their contacts from the footer area...and I've been waiting for the reply for close to 24 hours now.

And to be honest, how difficult would it be for paypal to send out an email to its users notifying about the problem? That's simple PR. Even if the problem is only for a few thousand customers, it would be easy enough for them to send the automatic mail out only to affected people and businesses.

It's hard to say how widespread this problem actually is, but there are at least a few people facing the problem, and considering the amount of time Paypal seems to be taking to answer simple queries, there could be hundreds of thousands. Based on what I've found on the internet so far though, there's no huge outcry about it. Yet.