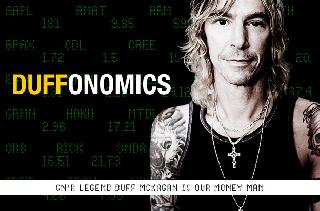 Playboy's new gold mine
Few months ago my girlfriend gave me Slash's biography as a gift, and I devoured it from cover to cover in matter of days. Sometimes you find a book that hooks you up. It was awesome. I'm a long time Guns n' Roses fan, and after finishing the book I've started reading more and more about their lives. It might sound as some Mark Chapman thing but don't worry...

That's not really what I want to talk about, but it's great reading. In this sort of "investigation" about the lives on Guns former members, I've come to a conclusion that after all these years, it's all still totally unknown to most of us. 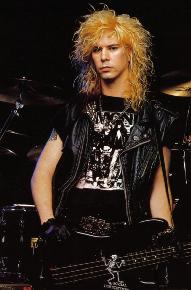 Stereotypical rock star is rich, we'd expect rich people to have some knowledge of the money related topics. Obviously that's almost never the case. But McKagan is different, his university degree speaks for itself (which is a rare thing among show biz people) and his fresh and easy-to-read style makes it a great piece of weekly reading. And of course (as he says) which other economics column has naked chicks above it?

"
Which other economics column has naked chicks above it.
In the time of economic crisis, someone should educate people on the streets on how to take care of their savings and protect their hard earned cash. You won't find nearly decent advice or news from Fox or CNN, and other columns are too technical to be read in your boxers with a beer next to you. So I strongly suggest that you take this one into consideration. Don't be fooled, this weekly piece called DUFFONOMICS is published in Playboy but it's great enough to be part of any known and respected financial newspaper. 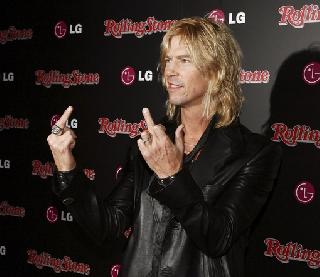 Powerful Statements
Duff McKagan also writes a great music column for the Seattle Weekly, and besides being a nice writer, he keeps being a kick-ass musician.