Illiteracy is Africas Most Virulent Disease, Especially For Women


Malaria, food shortages resulting in malnutrition, economic hardships, unemployment, war, and natural disasters, have impacted Africa severely. And education has been most seriously impacted. Most children dont even start attending school until they are around 7 to 10 years of age, and traditionally, only boys have been routinely educated.

African culture and tradition has caused girls as a source of wealth, her bride price increasing the families fortunes. There has been no reason to educate girls, just to have them marry and care for the home and children of their husband. This has been a serious obstacle to bring even just primary education to all the children of Uganda.

The future of Uganda is in a vicious cycle. Economic underdevelopment 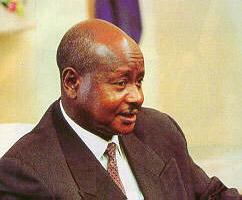 President Musevenicauses more children to remain uneducated - school uniforms and supplies often take a full month of a parents pay in order for a child to attend a school, even though enrollment is free in the public schools. Even sending one child to school can be a hardship - can you imagine sending four or five? And then, the uneducated of Uganda join the ranks of the unskilled unemployed, thus resulting in increased economic problems. Schools have traditionally been under funded, teachers making less than $100 USD per month, and children in secondary schools still have to pay to attend. In addition, there is a serious textbook problem, and if a parent wants a child to have a textbook to himself, it must be purchased. Otherwise it is shared by half a dozen students.

Fortunately, Uganda is moving away from this trend of making education out of the reach of the masses, with new incentives and programs to provide food for children who otherwise would spend their day working to earn enough for their own food. Disabled and female students are allowed to attend school and allowed to reach the level of education they are capable of, without the interference of their families. Pregnant girls are no longer expelled, deemed unfit for further education, facing only a swift marriage.

The educational sector of Uganda has been liberalized with the addition of multiple private investors and individuals of means moving into the country. This is giving many the option of furthering their education. In addition, the single government university has been joined by over nine private universities.

MuseveniGroundbreaking reform has been instituted with the leadership of President Museveni during the 1996 presidential campaigns. He proposed that four children from each home school be educated for free. Later, this idea evolved into Universal Primary Education, known as the UPE, that provides free primay education to all children of Uganda, rather than the tuition payments previously required. This program has been the driving force in increasing the literacy levels in the country. Impressively, many other neighboring countries - Kenya, Chad, Malawi, Mozambique, and others, have embraced this program of change with similar results.

Unfortunately, this plan has not been without problems. Enrollment has skyrocketed, resulting in serious funding problems. There are few school buildings, and many children are taught under the shelter of a tree. And teachers often find themselves teaching as many as 100 children. Efforts to recruit more teachers have had limited success due to the low salaries of government teachers.

Critics have claimed the program will actually increase illiteracy because of the poor quality of education in state run schools. There is also no Universal Secondary Education program for children who complete primary school to attend free. Secondary education is far too costly for most families to afford. Hopefully, there will be some change in this situation, with the assistance of the US USAID and the European Union, who have recently come forward in the development of educational system. Their primary goal at this point is to refine the current primary education plans.

Here are some basic facts obtained from the Ugandan Ministry of Education official website:

Successful completion of the first four years of secondary school would allow the student to proceed in the four following directions:

Teacher college (PTC) for a two year course of studies

Graduates of the upper secondary education have several options based on their advanced level exam scores. They can:

Go to a private or government university

A national teachers college for a two year preparatory course

A college of commerce

Many are able to pay for higher education with the assistance of the government or the sponsorship of a private party. What this educational system does allow is flexibility to allow the student to pursuit different options through the educational process, especially after primary school is completed.

The demand for pre-primary education is still low, with only 10 percent of school children having attended a pre-school. There has been a lack of governmental control over the private schools offering these programs, and there have been some serious questions about the quality and cost of these schools.

The demand for primary education as increased dramatically with the 1997 introduction of free primary education. School enrollment increased from two million students in 1986, to over six million students by 1999. There are, unfortunately, differences between the quality of education provided in urban areas when compared to rural locations, the urban areas often having more qualified teachers and better teaching materials.

Between 9,000 and 12,000 students every year qualify to apply to a post secondary school. Unfortunately, only about 25% of these students are able to attend. Approximately 95% of all students attend the Makerere University, Ugandas leading institution of higher learning. The rest are shared between the other universities. There has also been a sharp increase in tertiary institutions over the past ten years, but the need for more of these schools and training centers is clearly felt.

Education is the key to pulling African countries like Uganda out of the Third World and into the modern era. Through both government programs and private sponsorship and investment in educational facilities, the people of Uganda can bring their country out of economic desolation, and bring it into a thriving economic world.