Some people just can't leave well enough alone. Or, as my first grade teacher used to say, "It only takes one bad apple to ruin things for everyone else."

So, you can imagine how upset I was to find out that some crackpot engineer had been tampering with one of the great inventions of the past 100 years.

I'm talking, of course, about the snooze alarm. 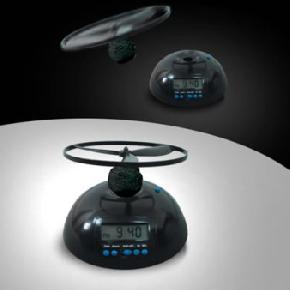 Should be banned by the
Geneva Convention

The snooze alarm is the perfect union of technology and functionality, allowing you to drift aimlessly in a semi-dreamlike state for up to twelve hours at a time.

The snooze alarm is an island of tranquility in a stormy sea of responsibility and maturity. In another time, we would have composed odes and epic poems to the snooze alarm.

I'd do it myself but I've got another seven minutes of sleep time left before I have to get up for work.

All this is by way of saying that I believe there is a special circle in Hell reserved for the guy who perverted the snooze alarm by inventing the flying alarm clock. This instrument of the Devil is designed to launch itself when your alarm goes off and then fly around the room making a mosquito-like buzzing noise.  [Aerial alarm clock]

The only way to shut off the alarm is to catch it and put it back on its base. Should you decide to hit the snooze alarm, the makers of the flying alarm clock have designed it so that the mosquito pod takes off again.

If you aren't awakened by the gratingly annoying buzzing sound or what, through half-opened, sleep-fogged eyes appears to be a mosquito with a five inch wingspan, you can always wait for the pod to run out of juice. In which case, it will fall out of the sky and knock you on the head or some other sensitive part of your anatomy.

If you think you wake up in a bad mood now, imagine how much more darkly you'll view the world on a morning that begins with a Luftwaffe strafing followed by a quarter-pound shot to your cobblers.

Make no mistake, this is the type of thing that causes people show up to their office with a rifle.

And in a world where someone can sue you because they had an allergic reaction to your perfume, how is it that there are no lawsuits against a company that fires an out-of-control projectile into your personal airspace at six-thirty in the morning? 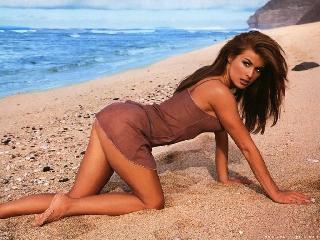 This won't get you up

At the very least, can't somebody invent a vibrating Carmen Electra snooze alarm? You could program it to murmur promises of sexual fulfillment until you decided to roll out of bed three and a half days later. [ 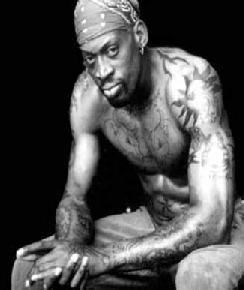 
You can, if you're some kind of sadomasochistic freak, purchase the flying alarm clock at: http://www.boysstuff.co.uk/product.asp?id=13583