Is Barack Obama in league with the beast?

Conspiracy theories are rife in this new century we live in. In the post-9/11 world it seems that everyone has a theory or has heard suspicious evidence that the U.S government - and even the governments of the world - are not what they appear to be.
By Mark Ball
2009-02-20

Conspiracy theories are rife in this new century we live in. In the post-9/11 world it seems that everyone has a theory or has heard suspicious evidence that the U.S government - and even the governments of the world - are not what they appear to be.

Most popular of all is the seemingly all-encompassing theory that a mysterious group known as the Illuminati' secretly control the world, aiming to unite all nations under the sun for their own twisted ends.

The supposed aim of this mysterious secret society is New World Order', or a New Order of the Ages' (the words which appear in latin upon the Great Seal' of the United States). It is thought that New World Order is an attempt to consolidate the power of such societies into one all-powerful dominion over the Earth. Divining the results of such a plan coming to fruition is as much of a guessing game as piecing together the clues behind the conspiracy it's self. Perhaps we already live under such a regime but do not know it. Perhaps the wars of the modern world are carefully orchestrated by the Illuminati for the purpose of achieving an Orwellian state of perpetual warfare. Perhaps it's all a work of paranoid delusion  the minds of the powerless desperately seeking a reason as to why they are so powerless, and creating a world in which they can blame others for their apparent lack of control over their surroundings. 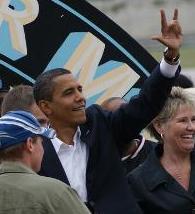 One thing is undeniable true, however. There are a series of very powerful organizations out there who have more control over our lives than many of us realize, or would like to admit. Such societies are most definitely secret but make no attempt to deny their existence. Some have even admitted to thinking that New World Order is a good thing (and maybe it is). But with such societies as the Bilderberger Group and Masons including so many powerful businessmen and politicians, it is clear that the influence held in these communities is so vast, and with what we don't know about them outweighing what we do know about them, that they could be called, if only for dramatic effect, Illuminati groups. 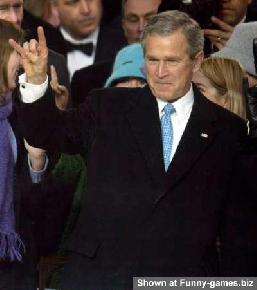 One such powerful group has been in the spotlight a great deal over the past decade, with controversy over it's use of paganistic rituals and alleged sanctioned use of male prostitutes. I'm speaking, of course, of the Bohemian Club  a society once of musicians and poets, now of millionaires, politicians and presidents. Former attendees include Ronald Reagan and Richard Nixon, who both went on to become President, as well as regulars like Henry Kissinger, Alan Greenspan, David Rockerfeller, Colin Powell, and many more surprising, supposedly Christian figureheads of society.

For those of you who are unfamiliar with the details of Bohemian Grove, I strongly suggest you look it up. Not only are goings on of the grove quite shocking, but it's list of members is quite frankly scandalous. Former President Richard Nixon once described the grove as "the faggiest place you could imagine". Former Presidents George Bush Senior and George Bush Jr would likely disagree, however. They love it and return to their private residence inside the grove every summer. And who wouldn't? It's a lovely place. Bohemian Grove is a 136-year-old all-male encampment complete with restaurants, bars, stages and lodges, which caters to around 2,000 members of the global elite along with Californian hoi polloi on a yearly basis in July. The camp is set within a 2,700 acre secluded forest replete with giant redwood trees. It sounds picture perfect doesn't it? If you like worshiping Babylonian gods then this is the perfect place for a holiday, so long as you're willing to put up with the noise of that annoying annual mock sacrifice.

That's right. Each year an effigy is ritualistically burned by the Bohemian Club at the base of a giant statue representing the Babylonian owl-god, Moloch. God bless America!

"But why are you dragging all this up now?" I hear you cry. "Bush is gone. It's the start of a new era. We have Obama now." The whole world seems to be singing "Obama will save us!" And I sincerely hope he does. But with so many former presidents in the club I don't think that we should be so trusting. There is still every likelihood that he could turn out to be just like the rest. Let's be honest, he's still pretty much (please excuse the casual racism) a political dark horse. 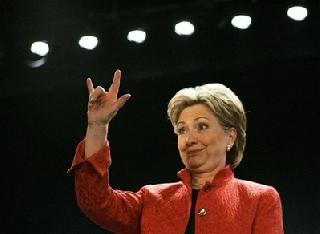 Ok, so there is no actual evidence to link Barack Obama to the Bohemian Club. As always, there is only supposition and conjecture. He did attend the annual club meeting during the summer of 2008, along with rival presidential candidate John McCain. This is nothing new, however. Presidential candidates are always invited to speak in the grove (again, at the base of the owl statue). In fact even UK Prime Ministers Blair and Brown did the same before they came to office. Some use this as a suggestion that Bohemian Club vets potential leaders, even grooms them, and that they are capable of fixing elections to see their favourite win. But with so many important people attending the Grove during the summer, any political hopeful would be a fool to miss the opportunity to gain support during a crucial election. Does speaking at the Grove make you part of the Grove?

But then there are his references to New World Order in various speeches. This has led to conspiracy theorists to claim that Obama is speaking for the Iluminati, as a puppet in the same way that Bush was seen to be. They ask "who is he?" and "Where did he come from?" It's true that Barack Obama has rocketed to office and it is hard to see just where his political and financial support has come from. Does this really mean that his campaign has been funded and supported by shadowy organisations that see him as the perfect front man for their goals? He is the perfect front man; I know that much to be true. He could tell us that pigs are blue and we'd believe him.

There's also the photographed use of an Illuminati hand gesture. This gesture, with index and pinky fingers protruding like horns is commonly believed to be a sign of the Iluminati. The fingers are said to represent the horns of the beast'. It has been made popular and socially acceptable by various rock bands, who have used the beast hand gesture to appear satanic, and thus cool, but the origins are the same. Obama's intended meaning behind the use of this symbol is unknown and can only be supposed. He may have indeed wished only to appear rock and roll' to all the Metallica fans out there. Then again, he may have intended it in the same way as George Bush did when he used the same gesture at numerous, speeches, rallies, and upon meeting Queen Elizabeth.

So there you have it. Like I said, there is no real evidence to link Barack Obama to the secret society of Bohemian Grove. Perhaps more will present its self as the presidential term continues. I leave it up to you to decide, or not be able to decide as the case may be. As with religion, all we have to go on at the moment is supposition and conjecture. For some people that's enough. For others only hard evidence will do. But for the agnostics of the world it's better simply to sit on the fence, muttering things like "ooh err" and "I couldn't really say".

The fact is whether you believe it or not it won't make a jot of difference. If Barack Obama is in league with the beast' there's nothing we can do about it for now. Whether the illuminati are truly in charge of the world or not, some things will never change: The powerful remain powerful and the powerless remain powerless. Only God can change that and, as I've already said, I'm 50/50 about his existence too.