Examining the nature of chronic depression or dysthymia, a common problem for those who are epileptic
By Stephen Irving
2004-05-23
Dysthymic disorder is a chronic form of depression. Although it can be milder than other types of depression, including manic-depressive disorder, it is still a serious mental illness. This is an account of my experience with this illness, after being diagnosed with a form of epilepsy, and before I sought treatment for my problems with depression.

The eroding nature. The sense of torture. Mental water torture. The apocalyptic mess that ended as a spectacular cataclysm of the soul. Yet there was distinct comfort to be found in it. A sense of familiarity. Being alive yet not living. The utter boredom and confusion that wrenches at my guts yet draws me in. Until it becomes a dull mental ache that will never cease, except when asleep. Sleep became my sanctuary, until even that turns on me. Dreams and apocalyptic visions, death and mass slaughter. Wrapped in my own self-hate and melancholy. Just left lying, crying in your darkened bed, waiting for someone to turn off the light.

Sometimes it just feels like one dark tunnel; to go forward is too much like entering the unknown and is intimidating. Retracing your footsteps would just be useless. No sides to leave through, no way to escape. The future is bleak. Feelings of hopelessness engulf you like the eternal dawn. 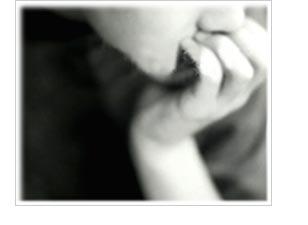 From late 1998 to early 1999 I started having horrible headaches. They would come on with a feeling of dj vu. The doctors could find no answer to the problem except to rule out the possibility of migraines. It wasnt until late 2001, when things got really bad. Almost daily headaches that left me so drained of energy it was unbelievable. I suffered from rapid weight gain and then rapid weight loss. With the stresses in other areas of life, I just put it down to that, not really thinking there was much wrong. I began to isolate myself socially, although I didnt realize it at the time. Gradually, I lost most of my interest in my friends. I had lost touch with many of them anyway. So very gradually, I drifted into a world of boredom and self hate.

In August of last year my "headaches" were finally found to be a form of temporal lobe epilepsy. I had been suffering from complex partial seizures. The feelings of tiredness after an episode would only accentuate my low-drive and feelings of lethargy and utter gloominess. My ego and feelings of self-worth were so very fragile. Being only eighteen years old at the end of last year, I was having trouble coping with the social stigma of epilepsy and the restrictions placed on me in terms of work and life in general. In February of this year, just after my nineteenth birthday, I realized that I may have Dysthymia, a form of chronic depression with long lasting symptoms. It is very likely that this depression is linked to my epilepsy. Im still not even close to overcoming this illness; Ive only just come to terms with it. Im only just beginning to seek medical help.

My advice to anyone who has a situation similar to mine, is to seek professional advice immediately. I know it may not be easy, but this condition should not be ignored. One of my problems is it took so long for the depression to be recognized, even by the hospital staff despite the fact that more than half of epileptic patients suffer from some form of depression. Looking back, I firmly believe that the symptoms of my depression were present in the last two to three years. Sometimes with a mild case of depression you can easily not even realize it exists. My friends and family, although recognizing that I had changed and realizing each separate symptom, never really put the full picture together. After all, a sixteen to nineteen year old is not old enough to suffer from depression, is he? Please watch your loved ones carefully so you can spot signs of any depression as early as possible. Symptoms include: low energy, sleep irregularities, physical symptoms (headaches, stomach aches) and appetite changes. Depression affects young as well as old. In fact, every day 15 people, aged 15 to 24, commit suicide due to depression. Dont let your loved one becoming another statistic. One of the best strategies for preventing suicide is the early recognition and treatment of the depression. Just look out for the signs. Please see www.stoptheblues.com for more information.