Best Fictional Statues in The World

All around the world you can see statues that are in honour or events such as the Statue of Liberty in New York. It is not just royalty, politicians and gods that get immortalised in stone. In fact in the last 50 years more and more artists are being commissioned to create more fictional characters into works of art to display on the streets of the world's biggest cities. Here are just a few of our favourites;

1. Alice in Wonderland - New York
Alice made her into way to Central Park in 1959. Sculpted by the hands of artist Jose de Creeft, philanthropist George Delacorte commissioned this bronze statue as a gift to the children of New York City. Inspired Lewis Carroll's classic Alice's Adventures in Wonderland, the sculpture was also intended as a tribute to his late wife, Margarita, who read the books to their children. Engraved around the statue are lines from his nonsensical albeit famous poem, The Jabberwocky. 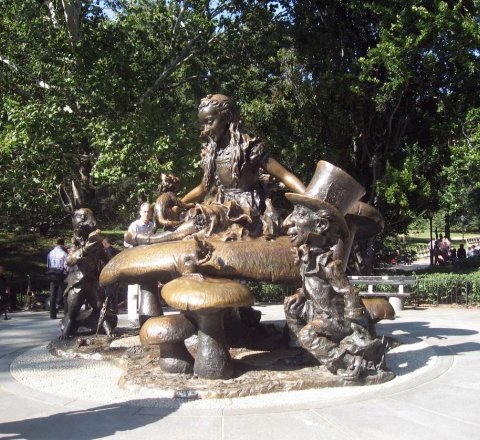 2. Pikachu - New Orleans
In July, amidst the online gaming phenomenon that is "Pokemon:GO", an illegal statue of Pikachu was erected on a defunct fountain in the Garden District in New Orleans. Crafted from Fibreglass and painted to look like weathered bronze, Pikachu stands defiantly, a sign of the modern day times. 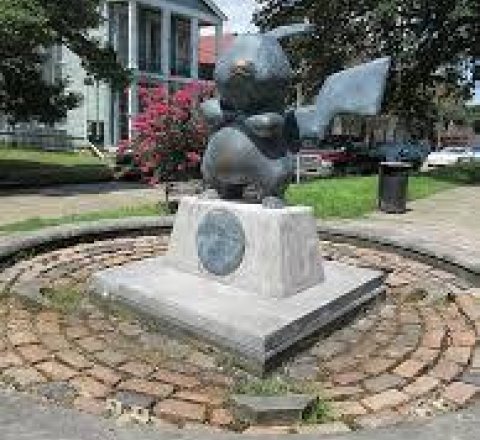 3. Superman  Metropolis
Sharing its namesake with the Man Of Steel's home city, Metropolis Illinois has been declared by DC Comics as the "official home of Superman". The world's hero stands proudly outside the town courthouse in his trademark red and blue. The local newspaper is also called "The Metropolis Planet" inspired by "The Daily Planet", the paper at which Clark Kent hides his secret identity. 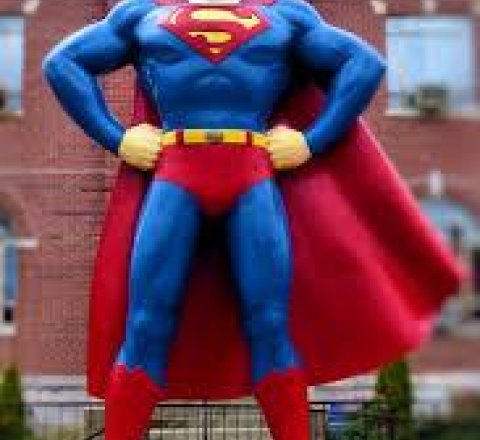 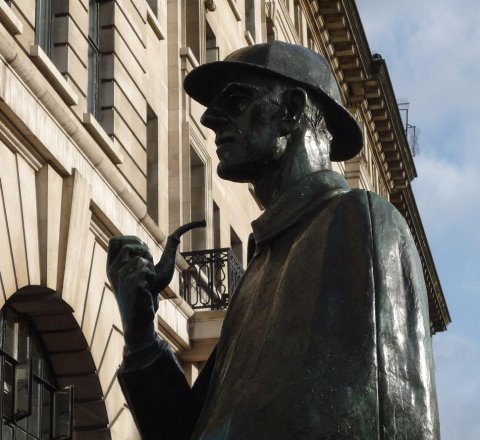 5. Rocky Balboa  Philadelphia
At the bottom of the steps at the Philadelphia Museum of art, stands a monument to one of the most famous scenes in Hollywood history. Rocky Balboa's infamous climb to the very top of the staircase has gone down in history as the defining moment of the "Rocky" franchise. Having been moved to several nearby locations around the museum steps, including at the top for the filming of "Rocky III", it now stands proudly at the bottom, a constant reminder of the city's favourite adopted son. 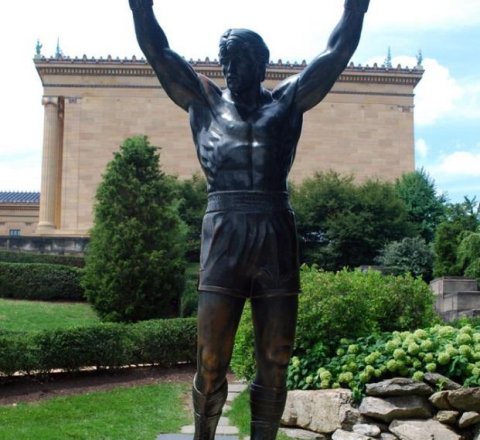