The 10 Most Shocking Untruths Revealed

Bulls Will Charge When They See Red 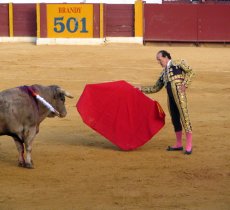 For almost as long as most of us can remember, there has been a long-standing belief that if you flash the color red in front of a full-grown bull, it will immediately become enraged and charge toward the location of the red-colored item. But, the real truth is that bulls do not become infuriated when they see red. They view that color just as they would any other color in the crayon box. Although, most matadors, seemingly, hold up red-colored cloaks to provoke the bulls. It is really the posture and the stance of the matador that really gets the bull snorting and charging.

Humans Have Only Five Senses

It is true that humans do have five senses. When you were in health class as a kid, this was a major lesson that you had to learn and you were probably tested on it over and over again. But, touching, tasting, seeing, hearing, and smelling are not all the senses that the human body possesses. Through recent experiments and studies, science experts have concluded that, in addition to the basic senses, humans can also sense hunger, pain, thirst, pressure, acceleration, and time.

George Washington Had A Mouth Full Of Wood 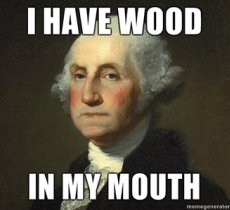 For centuries, it has been believed that our first President of the United States relied on wooden dentures after he lost his real teeth. This particular myth has been written in a vast amount of history books as a well-known fact. But, the real truth is that our Founding Father never had any type of wooden teeth in his mouth. He really had dentures that were made of some pretty high quality materials, such as gold, hippopotamus ivory, and lead.

Are There Such Things As Coffee Beans?

Coffee has been around since the beginning of time and it has definitely evolved. Today, you probably see some type of coffee house on almost every street corner or shopping plaza. It is some popular stuff and many people cannot live without it. But, there has been a major untruth about where coffee really comes from. Most people, coffee enthusiasts included, have always claimed that best coffee is made from high quality coffee beans. But, there is one problem with that. There is no such thing as a coffee bean. Coffee is actually birthed from the seeds of coffee cherries, which are found on the coffee tree. The seeds may be a little large and may slightly resemble a bean, but just know that there is no such thing as a coffee bean.

Probably one of the most interesting myths that was heard when you were a kid was probably the one, in which a person could die instantly from getting hit by a falling penny. It has been believed by kids, as well as adults, that if someone drops or throws a penny off of any skyscraper-type building, the penny would pick up enough speed and force that it could cut straight through a person who is walking on the street below. This is simply not the case. Why? Because first of all, a penny only weighs about a gram. And with all the twists and turns that it is going to take during the fall, the penny will not gain enough speed to drop through a person's skull. But, if you are the lucky person that the penny hits on its way down, you will definitely get a nice little sting.

Cracking Your Knuckles Is Bad For Your Health

As a child growing up, I used to crack my knuckles all the time. It was fun hearing the painless crack of my fingers. I was always told that cracking my fingers would make my knuckles huge. So, I eased up on the cracking a little bit. But, some people also associated the constant cracking of knuckles with arthritis. But, that is not the case at all. Cracking your knuckles will not contribute to arthritis as you grow older, but it can decrease your hand's grip strength.

Most people live by the five-second rule. This rule means that if you drop a snack or any piece of solid food on the floor, germs will not be able to infest the food for five whole seconds and you can resume your snacking as normal. This is certainly not the case. All kinds of gross bacteria is on the floor just waiting to attach itself to something. It only takes a micro-second for harmful bacteria to rest on your food and invade your body if you eat it. So, if you drop that delicious hot biscuit on the floor, just go ahead and toss it.

The chameleon, a lizard-like small creature, has the ability to change colors when it wants to. It has been believed that the chameleon changes colors to blend in with the current background for protection. But, scientists have discovered that this is not true. There are several factors that go into a chameleon changing colors. Most of them change colors because of physical, physiological, and emotional issues. They also change colors to communicate with other chameleons.

You Can See The Great Wall From Outer Space

Before man had ever set foot on the moon, it was published in a magazine that the Great Wall of China was the only man-made structure that could be seen from outer space. Most people believed this notion for many years later. But, the truth has been revealed that once an astronaut soars about 200 miles away from earth, the Great Wall of China is no longer visible.

Actually there was nine.