Review: The Curious Incident of the Dog in the Night-Time 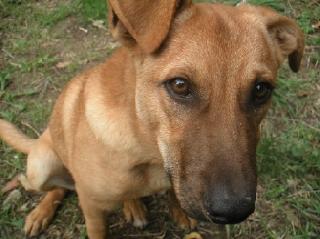 A unique story that you won't be able to put down.


Simply put, The Curious Incident is an excellent book. It is the story
of a 15-year-old boy called Christopher who lives near Swindon, England
and has Aspergers Syndrome. He's never been past the end of his road
unaccompanied, doesnt understand facial expressions and hates yellow
and brown. He is also the narrator of the book, which is as he puts it
a "murder mystery novel".

At the beginning of the book,
Christopher finds a neighbours dog that has been killed with a garden
fork. The owner accuses him of murdering the dog so he sets out to
investigate the dogs murder just like Sherlock Holmes does in the
novels Christopher reads.

However, there is a second murder
mystery in the book, and this involves Christophers mother. In
researching the dogs death, Christopher also unravels the truth of his
own mothers death. There are hints in the book that he blames himself
for his mothers death, reflected in the way he is accused of the dogs
death. In proving himself innocent of one crime, Christopher also
proves himself innocent of the other. The plot uncovers the truth
surrounding both deaths and this truth has an immense effect on
Christopher and changes his life entirely.

Most of
Christophers life is dependent on the truth and the book constantly
comes back to this subject. Christopher doesnt like fiction because he
thinks it's lying, and metaphors confuse him because, for example, he
cant see an apple in anyones eye. By breaking down many of the lies
normal folk tell, Christopher deconstructs many of the myths that we as
humans like to believe in such as the human soul or life after death.
These insights portray him as being more perceptive than the people who
dont have special needs, or at least the people who dont think they
have special needs.

In one chapter of the book Christopher analyses the term and notes that
many people could be described as having 'special needs' but arent
treated as such. He names his dad as an example because he has to have
sweetener instead of sugar to stop him "getting fat". He also points to
people who wear glasses or have hearing aids. All these individuals
have 'special needs', but arent labelled as such.

Christopher
has many of these perceptive moments. He looks at life at a different
angle to most of us, but this view is clearly as valid as our own as he
has good reason behind his conclusions. Many of us also often want to
block the world out when things get stressful by closing our eyes or
blocking our ears. And most of us have occasionally wished there was
only ourselves in the world, and nobody else. Christopher just gets
stressed more often.

Haddons depiction of Christopher does
not make the reader pity or laugh at him. There are certainly sad and
funny moments, but all in all the story leaves a sense of respect and
understanding of Christopher and his condition. The characters involved
in the story are utterly convincing Christophers less-than-perfect
parents, for example. In this way, Haddon does a great deal by
realistically and admirably writing a text that is thoughtful and
non-patronising.

The innocent yet perceptive Christopher
offers a unique narration of a tale that is, as I stated before,
completely un-putdown able. We see the world through the eyes of this
boy who would be seen as different in this society, and although his
views are different, they make complete sense. In some way they make
more sense than our view of the world, which seems overly complex in
comparison.

Haddon has set an unprecedented landmark with this
book it has won a medley of awards including the awards for childrens,
teenage and adult fiction, and the film rights have already been sold.
It has also won the Whitbread book of the year.