To say a stand up comic's world is competitive is like saying a Lady Gaga concert is kinda noisy! On tour across our USA, a good stand up act is either the funniest guy in town this week, or the second funniest. Nobody cares who's third. Got it? Nobody cares! To exist and thrive on comedy tour, you have to necessarily be focused on mostly on yourself and your act! Do anything else, and a tour's rigors will eat you up! Maybe an argument there, a car wreck here, an arrest there. Lots of good comics have simply faded away, broken, and not funny anymore. But, things will happen.
By Lue Deck
2013-07-11
(A grudge match!)

To say a stand up comic's world is competitive is like saying a Lady Gaga concert is kinda noisy! On tour across our USA, a good stand up act is either the funniest guy in town this week, or the second funniest. Nobody cares who's third. Got it? Nobody cares! To exist and thrive on comedy tour, you have to necessarily be focused on mostly on yourself and your act! Do anything else, and a tour's rigors will eat you up! Maybe an argument there, a car wreck here, an arrest there. Lots of good comics have simply faded away, broken, and not funny anymore. But, things will happen.

On stand up tour, you get your partner for only one or two weeks. There are several reasons: In a three-act show, the opener is usually local. And there are few long tours and even fewer constantly touring acts. One sees one's fellow stand up buddies, but not for very long. Since Bert started traveling out of The Comedy Store in Los Angeles, he had the luck to work with Dutch Nelson twelve times in the last four years. Dutch had doubled as a comedy technique coach. After each tour, Bert's act had improved, although it took him some time to understand why. The shows were good, and they had fun. They had some great practical jokes. Bert would middle for Dutch any time, anywhere!

Bert was a Texas born 4-year old, forced to grow up in Georgia. (His pitiful toe drag marks in the sand at the state border are still there! Nooo!!!) Apparently, this odd combination made him both devious and competitive in nature. He was itching to get even with his old pal, even if his current method isn't USGA approved! So, Bret read Dutch's e-mail and smiled slowly. Bert had waited two years for this. He had heard stories of when Blake Clark (TV's Harry the hardware guy, from Tim Allen's Tool Time, and a fine stand up!) had felt just as eager to even. Blake had lost so many times while paying for Dutch's round; he sought revenge. So far, an exasperated Blake has first set fire to Dutch's golf bag, then, hidden dead chicken parts in his bag, and hired a shaman from Haiti to put a voodoo curse on Dutch's clubs before a round. Bert wasn't the first to use outlandish tactics with Dutch. This was a comedy showdown! The whole damn thing would probably be a wicked panel story to tell on Jay or Dave or the Jimmy(s). (Sorry Craig!)

Long ago, Dutch had taken Bert under his wing and challenged him to learn what is funny, and why it's funny. Weirdly, Dutch stressed why was always more vital than what! Innerly confused, Bert usually went along with his mentor. (OK, innerly is not a wordit's a joke!) And, of the nine times they worked together, golf was laughingly contested, quite bitterly ten times. Bert had lost seven of ten, by a total of eleven strokes. So close, every time! Oh, the horror! There was even an article about their last match in an online comedy magazine. Folks asked in almost every town Bert performed: "Do you slice that badly?" Hence the oncoming grudge match. Revenge at last!

In the spring, Bert had done a series of corporate shows for a couple of rich computer guys at their getaway seminars, near Stanford University. The shows had been mostly improvisational game techniques for team building, with stand up mixed in. The computer guys were very happy. In return, Bert got to alpha & beta test their newest product: the drone golf ball! He didn't really understand how it worked; the damn drone ball just went to the spot where you wanted it to end up. How cool! And he could put his own insignia on it. How cooler! And video he could post on YouTube! How coolest! All he had do is hide in the bushes and wait.

When they first played golf together, Bert won two great jokes by out driving Dutch, but lost the match by one damn 5-foot putt. Those two jokes were still in Bert's act; one of them was the backbone of one of his strongest seven part bits. Bert had also noticed: Dutch was the luckiest golfer, for a 15 Handicap, he had ever seen. Dutch's luck was daunting, and relentless. Once, Bert saw Dutch drive a 390-yard par 4 green, with a huge back wind and enormously stupid looking hook. Bert had lost that day by one stroke. Another time, on the last hole, Dutch who was down by two strokes, on the last hole, hit a viciously hard line drive that tangled into the flag pin, just missing the local pro, several on the practice green, and the starter's shack bay window! And then he made the putt! Bert lost by one stroke. Sonavabitch! Once, he had literally seen a squirrel knock Dutch's ball ONTO the green at seventeen! How the bleep does he do that?

When they last played, Dutch told Bert: To do well at stand up and golf, and marriage, you have to be calm. And prepare yourself. As he looked at his newly acquired drone golf ball, Bert smiled and thought: "Hey, Dutch! I got your preparation, right here!" Bert read Dutch's e-mail again. Their tee time was tomorrow morning, before their opening show that night. Bert's trap was set!


"
If he was patient, he owned bragging rights tonight, big time!
When Bert strode vibrantly onto the first tee at Standard Country Club in Louisville, he felt great! "Hey Bill! Thanks for coming!" It was the writer from the LA Times who had that new book out about stand up in Hollywood. Dutch was in it. Bert wasn't sure he should have alerted the press, but just couldn't resist. If he was patient, he owned bragging rights tonight, big time! Bert even had this great golf shirt from the rich computer guys, with a cute little dgb on the breast. He figured no one would notice it, or ever connect dgb with a drone golf ball. Then, something smelled rotten bad in Amsterdam! He spotted Dutch, ready to tee off, smiling hugely! Too hugely! Way too hugely! Then, Bert saw Willy's new golf shirt. Lue frowned. His own dgb logo was a scant one-inch tall. But wily Willy's new golf shirt was burnt umber, with foot tall letters reading: DGB SUPRESSOR AND JAMMER! 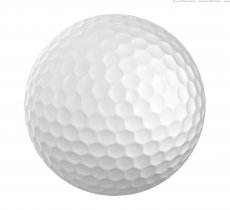 On the first tee, Dutch hit his drive into the fairway, two holes over on the left. Bert drove way right, barely missing the out-of-bounds line. As they got in the cart and drove away, they were telling loud jokes about their agent who had the putting yips so bad, he had to use a nine iron on the greens, and laughing their butts off. No scores were recorded. Bert and Dutch really didn't come here for a score, or a number. They knew: even stand up comics need a few laughs too.

As planned, Bert and Dutch never saw, heard, or suspected the unmanned drone
surveying them, while relaying video of their entire round. Could be there was another prankster afoot.