You Gotta Have Faith

It's a contest of aging champion vs. upstart contender when two religions meet in a heavyweight battle. Here's my analysis of the upcomin fight . . .
By Mark Jabo
2007-05-04
Is there a god 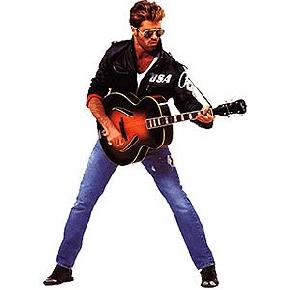 How environmentally friendly is it?

Guests at the hotel won't find a Gideon's bible in their nightstand, but instead will be treated to a complimentary copy of Al Gore's An Inconvenient Truth.

Somebody should warn Mr. Chang about the holy war he's liable to start. I'm currently taking bets on how long it is before Pat Robertson or some other member of the religious right comes out and condemns this "blasphemy."  The over/under starts at around 12 hours.

Don't get me wrong. I think the coming free-for-all will be fun to watch. I'm tired of the same old religions fighting. Watching the Jews and Palestinians battle is like watching old tapes of Sugar Ray Robinson and Jake La Motta - you can expect a good fight but you know the Israelis (like Robinson) are going to take five out of six fights.

Sunnis vs. Shiites? Please. This is like watching a featherweight fight. You're impressed by the energy and enthusiasm, but you have no idea who either fighter is.

Religions, like boxing, thrive on match-ups. Which is why this new bout is so exciting. It shapes up to be a classic fight between the reigning heavyweight champion, Christianity and the up-and-coming religion of Climate Change Environmentalism.

It's CCD vs CCE in a battle for the ages.

Let's take a look at the tale of the tape between Christianity in the red corner and Environmentalism in the green corner:

Spokesperson/Savior: Jesus vs. Al Gore
Both failed to carry their home state first time around and both rose again after being pronounced dead. Gore's political rebirth was almost as impressive as Jesus' actual resurrection. Both spokespersons groomed disciples to carry forth their message of faith. Jesus walked on water but never managed to snag an Oscar. Son of God has slight edge on charisma - he was able to captivate audiences without using Power Point.
Advantage: Christianity

Promise We Hope Spokesman/Savior Keeps: "I Will Come Again" vs. "I Won't Run Again"
Close call here. Even if Jesus did come again, there is some question as to whether anyone would believe it. What could He possibly do that hasn't already been done by David Blaine? While there's no question a verified Jesus sighting would be front page news, you have to wonder if the SoG could withstand the scrutiny of his every quote being videotaped and posted/mashed on YouTube. On the other hand, Gore can only go downhill from here. He already has access to heads of state, the UN and Julia Roberts with none of the responsibility and stress of daily Presidential duties. We still don't understand why he hasn't dumped Tipper and started partying with Lindsay Lohan or Scarlett Johanssen.
Advantage: Climate Change Environmentalism

Article of Faith: "You'll get your reward in Heaven" vs. "If we do nothing, the human race will cease to exist in 50 years"
It would seem like a no-brainer to party hard for 50 years and then get your reward in heaven, thereby enjoying the best of both worlds: guilt-free, hedonistic pleasure here on Earth and eternal bliss in the hereafter. All of which would have been fine until the global warming advocates started insisting that climate change was a "moral issue." Talk about a buzz-kill. You mean to tell me my chances of getting into Heaven depend on whether or not I recycle and own a Prius? Luckily, both religions provide you with an out. Christianity has confession and Environmentalism has carbon credits. Either way you've got a way to absolve yourself of your sins and still make it past the velvet rope into the big Hard Rock Cafe in the sky.
Advantage: Draw

Punishment for Sins: "Plagues, floods and eternal damnation" vs. "Plagues, floods and having to hear Laurie David say, 'I told you so.'"
Suddenly, endless hellfire looks a lot more appealing. If the climate change folks are correct, you'll probably be used to the heat by that time, anyway.
Advantage: Christianity

Official Bible of the Religion: The Bible vs. An Inconvenient Truth
Both books contain are filled with scary prophecies and wild tales about a great flood. If you can believe two of every animal fit on the , then you probably don't have any problem with the Statue of Liberty being under water in your lifetime. The main difference: the Bible wasn't pretending to be a scientific presentation. Goodie bags at the Oscars after-party don't match free food and wine provided by Jesus at the outdoor preach-fest at the .
Advantage: Christianity

Most Famous Betrayer: Judas vs. Dr. Claude Allegre
Judas obviously had a better public relations firm since, even 2000 years later, his name is still synonymous with "betrayal" while few people outside of climate science have even heard of Dr. Allegre. At least Judas also got 10 pieces of silver out of the deal. Dr. Allegre appears to have switched positions due to scientific integrity.
Advantage: Christianity

Drastic Method Proposed for Dealing with Non-Believers: The Spanish Inquisition vs. Proposed "Nuremberg" Trials for Climate Change Skeptics
Nobody expects the Spanish Inquisition. On the other hand, attempts to forcibly silence climate change skeptics can be expected to appear with unsettling frequency in today's news headlines. There is still debate in the Catholic Church about whether it was appropriate to apologize for the Inquisition. Apologies from heavy-handed climate change advocates won't be coming anytime soon. Faced with the choice of being stretched on the rack or being forced to use fluorescent bulbs, it makes sense to lay out a little cash ahead of time for more expensive lighting. We can only hope that 600-years from now a comedy sketch group will be able to bring some humor to the global warming debate. Until then, it's every heretic for himself.
Advantage: Climate Change Environmentalism

Religion's Benevolent Outlook Doesn't Extend To: Gays vs. Michael Crichton
Being shunned, being vilified, encouraged to under go "deprogramming," being denied basic rights . . . these are just some of the actions taken against those considered to be in violation of the religion's moral law. Not that there's anything wrong with being Michael Crichton . . .
Advantage: Climate Change Environmentalism

There you have it. Christianity looks to have the edge on paper, but it should be a good fight. And the best part: . . . we've all got ringside seats.