One More Cup of Coffee Before I Go

From time to time, I've been known to criticize a few silly inventions in this space.

This week, we're going to change all that as we salute an awesome new invention: caffeinated soap.

The person who invented this should get the Nobel prize for whatever it is that they give out Nobel prizes for when it comes to inventions.

Shower Shock is an all-vegetable based soap that includes caffeine. The caffeine is absorbed through your skin as you lather up.  The maker of Shower Shock soap claims you get the equivalent of two cups of coffee with each wash. 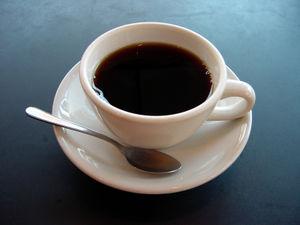 This is sooo last year
This is simply brilliant. In one step, you can now sleep longer (since you don't have to get up to make coffee) and still shower and get to work on time.

I predict great things for this new breakthrough in personal hygiene.  At the very least, it's going to make a trip to Starbucks a helluva lot more interesting when you can shower there.

Of course, the lines will be longer as they come out with new "flavors" of soap and you have to wait behind someone who's showering with a "double latte, extra moisturizer, half-caf, low-fat, lavender-scented, deodorant bar."

The soap is also great for those OCD friends who now have an easy way to couple a physical addiction with their already obsessive mental cleanliness fetish.

For those of you with teen-age children who take a long time in the shower, Shower Shock - with it's extra caffeine kick - will have them washed and out of the bathroom in no time.

Single guys will want to make sure they have extra Shower Shock on hand for those late nights when your date has ingested just a little too much GHB. A fast trip to the shower and she'll not only be cleaned up but revived just enough so she's not completely unconscious but not so much that she'll run screaming to the cops.

Despite all the advantages, this high-energy soap is not for everyone. Shower Shock is not recommended for use by people with heart conditions, nervous anxiety or for those who must shower with other men in prison.


Now that caffeinated soap has been invented, it's only a matter of time before a whole line of caffeinated health and beauty products hit the market including caffeinated moisturizers, caffeinated shampoos and even caffeinated lip gloss.

Think about it, ladies.  If you're ever stuck on a boring date, a discreet application of lip gloss will help you stay awake while you talk to the loser and still keep your lips kissably soft for a late-night booty call to your ex-boyfriend.

I don't think I'm overstating the case when I say that a full line of caffeinated products could be the cornerstone of the next global multi-level marketing empire.  The residual income from people who are addicted to ordering from you is virtually unlimited.

Give me a call.  I still have room in my down-line for a few superstar performers. 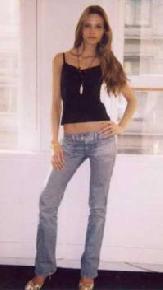 Shower Shock is the official soap of high fashion models.