Might As Well Face It You're Addicted to . . . Everything!

No less an authority than George Bush recently declared that the entire nation was "addicted" to oil.

From a Republican viewpoint, you might excuse the President from engaging in a bit of political hyperbole. From a Democratic standpoint, the President gave you another shining example of the old adage, "It's better to keep quiet and have people think you're an idiot, than to open your mouth and remove all doubt."

Either way, the average person on the street understands that nobody is really addicted to oil. It's not like anyone is trying to stop Whitney Houston from sneaking a can of Pennzoil through airport security.

So, just when you think the discussion can't get any dumber, some knucklehead comes up with the crazy idea of "soft addictions."

To highlight how ridiculous the whole concept is, here are a couple of things Judith Wright, the self-help guru who coined the term, considers soft addictions: editing Wikipedia entries, walking into Starbucks, being too happy (or grumpy), tanning, text messaging, daydreaming and paging through mail-order catalogs.

Not surprisingly, Judith discovered that "the affliction strikes men and women of all ages and races."

As is the case with all good manufactured health scares, there was even a poll taken that found 91 percent of us have a soft addiction that keeps us from feeling satisfied and, according to Judith, "the other 9 percent of people are in denial."

Oh, yeah . . . that poll was conducted by the Wright Institute (as in Judith Wright) which just happens to offer you help with your soft addictions for a small, non-addictive fee. 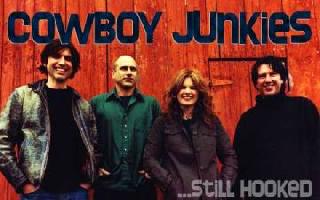 Unlike alcohol, drugs or unprotected sex with Paris Hilton, you can't really die from soft addictions but, as Judith is quick to point out, ". . .you don't really live, either."

Powerful words, my friend . . . powerful words. Think about it . . . are you really as happy as you could be?

Okay, let's see if we can follow the whole soft addiction story to this point . . .
-100 percent of the country has a soft addiction of some kind or another.

-Soft addictions prevent you from being as happy and totally fulfilled as you could be . . . you know, in that world where kittens and puppies play together in a daisy field with a rainbow overhead.

Eventually you'd be homeless and you'd probably start doing crack. Sure, in the end, you'd be addicted to drugs, but at least you would have kicked that soft addiction that was standing in the way of a blissful existence.

As P.T. Barnum (or was it Al Gore?) once said, "So much disposable income, so little time to separate it from silly people."