I have a new favorite baseball team.

Every few years, I switch team allegiances.  Ex-girlfriends and Boston Red Sox fans will suggest this is symptomatic of my inability to sustain a long-term relationship.  I will admit that it is not the behavior of your average baseball fan.

Typical baseball fans are loyal supporters of the team they grew up watching.  In many cases, their loyalty is further cemented by fond memories of attending games with their father.

My perspective is a bit different.  I never attended a baseball game with my father because he believed it was better to be "doing something" rather than sitting around "watching somebody else do something."  In keeping with that philosophy, we also moved on an average of every three years when I was growing up.

This means that my "hometown" team rooting interest has been, at various times in my life, the Philadelphia Phillies, the St. Louis Cardinals, the Cleveland Indians, the Baltimore Orioles, the New York Yankees, the New York Mets, the Tokyo Yomiuri Giants and the English national cricket team.

If you think a regular baseball game takes a long time to play, you probably won't want to sign up for season tickets to cricket which is characterized by six hours of play spread over three to five days.  Cricket makes American baseball look like Rollerball on fast forward.

Personally, I think it is harder than ever to maintain loyalty to a particular team.  Players come and go like club-hopping teenagers.  Upon occasion, entire teams pick up and move from one town to another.

If a team doesn't move, chances are it will, at the very least, move to build a new stadium.  One of the great things about old baseball stadiums was their quirky and original character.  New baseball stadiums have all the charm of a promotional paperweight  all modern glass and ceramics with a corporate logo plastered on the side. 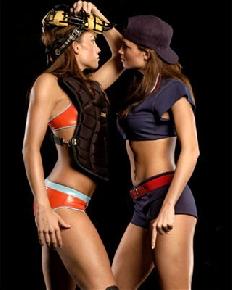 So, I drift from team to team, sometimes following a favorite player or a favorite manager but, more often falling into rooting for a team that someone that I hang out with really cares about.

This year is different, though.  This year, one team has separated itself from the pack by a bold and innovative move . . . the kind of move that raises a team to legendary status; a move that is squarely directed toward the average fan.  This year the Los Angeles Dodgers are my new favorite team, not because they made a bold free agency move, but because they appealed to both my sense of value and my anti-authoritarian streak.

You see, this year the Los Angeles Dodgers have set aside a whole section in right field where the price of the ticket also includes an all-you-can-eat option.  It's clearly a return to the traditional American values of baseball, apple pie and the second deadly sin of gluttony.

And, in an age where salad-eating, hybrid-driving doomsayers are urging everyone to live more simply, the Dodgers are encouraging fans to revel in the great American tradition of stuffing your face with food while watching other people exercise.

It's enough to make you stand up and sing , the Beautiful - except that it's not polite to sing with your mouth full.

If the Dodgers take it one step further and staff the entire section with blonde concession vendors in skimpy outfits, I swear I'll remain a loyal fan for life.

Or at least until some other team comes up with a better promotion . . . like Lap Dance Day. 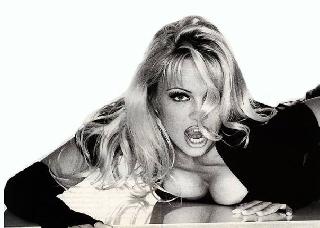