Occasionally, I have trouble picking a single topic to write about  - maybe it's because there are so many crazy stories in the news, maybe it's my attention deficit disorder acting up or, quite possibly, it could be I'm just not getting enough alcohol in my diet.

Burger King, the world's second-largest hamburger chain, created a bit of a stir this week when it announced that it would begin buying more eggs from suppliers that did not confine animals in cages during production.

Animal rights activists hailed the decision as an "historical advance" and vowed to keep pursuing their goal of making sure that, one day, every chicken has a room of its own with a double bed and cable TV.  Oh, yeah - turn down service and a mint on the chicken's pillow before bedtime would be a nice touch, too.

Really, folks . . . we're talking about chickens here.  Barnyard scavengers.  Birds that provide food, in one form or another, for probably 90 percent of the world's population.  Before factory farming, an egg-laying hen produced about 70 eggs per year.  Today, hens produce around 250 eggs per year.  If I do some quick math . . . divided by seven . . . carry the four . . . that comes out to a little over three and a half times more food for humans.  Hey, that's a good thing, right?

Apparently not, if you're a hard-core animal rights activist and spout such nonsense such as "Mankind is the biggest blight on the face of the earth" and "Even if animal tests produced a cure (for AIDS), we'd be against it."

Overcrowding is a problem for chickens, they don't cook as evenly. ]


The fact that chickens are raised in cages that, coincidentally, are about the size of the average Burger King restroom, is not something that I factor in when I decide where to go have lunch.

In case it's not clear yet, I am advocating that the needs of humans rightly come before those of animals. (gasp!)  Or, to put it more provocatively . . . animals have no rights. (double-gasp!) Rights, in any proper definition, apply only to humans as beings that are capable of reason and choice.

If you really want to make a difference and protest Burger King policies, can't we all get together and get rid of that weird ceramic-headed mascot.  It's creeping me out.

Remember all the excitement when the new Democratic majority was elected last November?  There were parties, exuberant Hollywood celebrities and, for what was likely the 200th time in our country's history, a firm belief that this time things would be different.  Americans got a glimpse this week of exactly how "different" things would be  which is to say, not too much different at all. 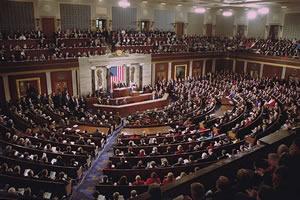 It certainly is a lot of pigs for such a small space . . .

The Senate came up with their version of the "U.S. Troop Readiness, Veterans' Health, and Iraq Accountability Act" this week.  The additional pork added to an appropriations bill designed to funnel emergency funds to the military, increased the cost of the bill by over $20 billion.

That's not $20 billion dollars more for the troops, that's $20 billion dollars more for a variety of Senators' pet projects including sugar cane growers in Hawaii, riverfront residents in California and drivers license applicants in Georgia.  Oh, and let's not forget that both parties signed off an extra $100 million that would be divided equally to fund the two parties' conventions next year.  I would love to be less cynical about politics . . . really, I would.