Are we all actually being thieves and cheats?

This article belongs to Off the Cuff column.

We are all Liars and Cheats

Did that title get your attention? Good. I had hoped that it would have. The truth always hurts - although it will always bring us closer to reality whenever we are reminded of it and willing to accept it. The truth, that is.

And we thought it was only politicians who lied and cheated their way into our lives.

Our own form of lies and cheating consumes us like a shadow in the night down a long, dark alley.

That is why we want these dishonest politicians in office: we need them to justify our own misgivings. And guess what? They know it.  Never forget that fact.

If you have ever taped an album of music for free - you have cheated. If you downloaded some software and made copies for your friends and they accepted it; you're both cheats.

You raised them. They learned from you: your good points and your not so good points.

The idea behind a copyright' is to protect a person or person's rights to the creation of that which has been copyrighted. By contrast, it can be said to be a beer pub: you order a beer and you have to pay for it, otherwise, you don't get it because the pub owner had to buy it and it isn't free' unless he or she says it is, then they give it to you. You have to pay for something that you do not own.

People from all walks of life in all counties are lairs and cheats.

We have become a world of lairs and cheats, although many of us refuse to admit to it.

One person, of whom I addressed this topic to, wrote me, "If they don't want their music or movie copied, or, okay, I'll say it, 'stolen off of the Internet,' then they should not have put it on the Net to began with."

Look at this warning that appears on all movies, musical CDs, games and softwares to name but a few: 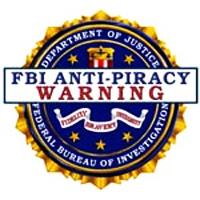 Logo used in DVDs, CDs, softwares, to name but a few.
]


Creating a song is work. Making a movie is work, but the real work was in the writing of the idea of that movie, or of that song.

Therefore, I ask the obvious question: "Why has the world become the very thing we despise the most in our political leaders? Are we not made of the same clay?

Is stealing from the poor and ignorantworse than copying (stealing) music, movies, games, and software?

Isn't a limb part of the same tree?

What have we done? Who have we become? How did we get to this stage of life?

And so the story goes.

This article began with one cold, hard fact that cannot be overlooked though rarely addressed: the truth hurts - and the truth is that we must first begin to correct this problem like taking our first step in life.

We must learn that we cannot and should not become what we hate the most about the haves' when we are the have nots,' daydreaming our days and nights away, living our massive lie that millions, or billions share in, yet practically all refuse to admit to.

Remember: to correct a problem, you must first know where the trouble lies.

Welcome to the real world - as we know it: the here and now.

That's off the cuff.