Light Of The Quasar: What did John Titor know that we don't?

John Titor (a.k.a. Timetravel_0) was a message poster in a few forums some years ago, and he had many different discussions about the future time he came from, being 2036
By Matt Holt (UNV)
2013-04-16
Continuing in my quest to talk about anything remotely interesting, I found http://www.johntitor.com (as well as this.

These web sites and the story may be familiar to some web surfers, but I'll explain a little anyway for those who need it. Keep in mind there are many people who believe in this story and many who think it is a complete waste of time; I, myself, am keeping an open mind.

John Titor (a.k.a. Timetravel_0) was a message poster in a few forums some years ago, and he had many different discussions about the future time he came from, being 2036.

To put his story in a nutshell, the future he came from was a United States of America, post nuclear holocaust. Yeah, I know, it sounds crazy and impossible that anyone could have written that (including a local mental patient, sorry gramps). Just bear with me.

Like a modern-day Nostradamus, Titor gave cryptic descriptions of this future but some of what he had to say was downright explicit. The United States would suffer from a civil war, not of the North vs. South variety, but of those who wanted security against those who wanted freedom. so it was pretty much a city vs. country, government vs. militia, civil libertarian vs. oppressive regime, war that would rage for years. If that is not enough death and destruction for you, than wait until you hear what happened next! 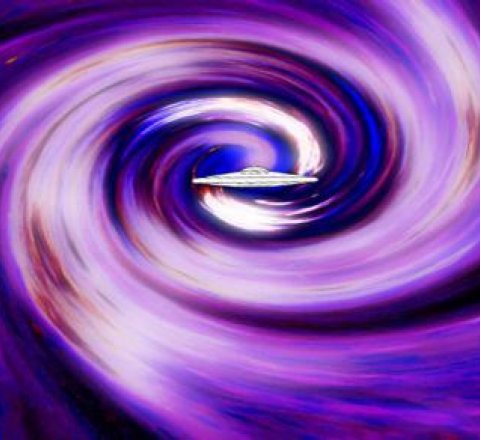 Russia sided with the American rebels and released its nuclear arsenal (drop the n-a-l off the back and you have the Australian version of ass, sorry I just had to), upon Europe, China and the USA. This was seen as a great thing by the rebels in America as the nukes targeted the cities, the location of their enemies, giving them the opportunity to take back their country, which they did.

That's all well and good I suppose, for Titors good guys, but what about the rest of the world? Canada is supposed to be full of bad arse psychos, presumably because of the fighting for scarce resources, either that or they're just sick of being so cold (don't worry guys, some Australians are sick of being so hot). South America gets off relatively unscathed, but there is still a substantial amount of gun-fighting going around. Europe sounds like a big radioactive crater. China fires her nukes at Australian cities, and I'm not sure of where else, Russia, US, I suppose. [in]China tries to invade Australia but gets repelled (it is possible, remember World War II, with Japan?). I'm not sure about any other countries, but if anyone knows about them, please let me know. Let me just say that I hope none of this really does happen, but I would not be madly surprised either.

From any of this, can we see any patterns that may indicate Titor was for real? Recent human rights violations, in the name of security (not just in the United States), have been occurring more frequently. Guantanamo Bay detention, Abu Ghraib prison, most of the war in Iraq, refugees detained in Australia and Europe, and an Afghan beaten by contractor are part of the showcase of humiliation and throw the key away initiatives that are linked with governments who are more concerned with security than dignity. With all that has happened in the last few years, is it really that strange to imagine the world being messed up as described in Titors words? Yes, it is obviously possible. Maybe we should accept it as a warning of what is to come if people don't demand change, and NOW. Get writing those letters to your local representative about what you value, the kind of environment you want to live in, how you'd like to see other people treated (not like dogs, I imagine- no offense Pluto). The time has come to end cycles of revenge and violence, human beings are the only ones who can do it.

Whether Titor was real or not is no longer the issue, the real message is simple. Learn from the past and plan for the future, or it is going to look nasty. Titor said something to the effect, why are people in this time so worried about time travellers messing up the future, when they make it worse every day? I'll leave you with that to consider.