Stealing Jokes is not a crime!

If you're an amateur clown, then you're allowed to say anything that comes into your mind. But, if you have a microphone in front of you, and think you want to go pro; proper form dictates that in stand-up, use your original thoughts only.
By Lue Deck
2015-08-29
(But, it ought to be!)

If you're an amateur clown, then you're allowed to say anything that comes into your mind. But, if you have a microphone in front of you, and think you want to go pro; proper form dictates that in stand-up, use your original thoughts only. But, like a rock and roll garage band, practice and repetition of other artists' stuff may teach you how to better construct and use your own ideas. As singers begin by singing others' music, they can learn how to interpret and perform more efficiently. Most stand-up comics learn how to improve by repeating their favorite comics' jokes to their friends and family. The hard part for comics is deciding why and when to use which of many methods. But, to gain opportunity, peer respect, and most importantly, paid gigs, it's vital to immediately create your own jokes. If you don't, there will be ramifications. After all, the two most prolific joke-stealers in comedy history are dead and buried! (I'm just saying)

Recently, an internet blogger filed suit and accused Conan O'Brien and his TV writers of stealing his boggiest (I'm sorry!) his bloggery-est jokes. And, then not acknowledging or paying for said jokes. Now, I read them. These supposed jokes were not that funny, so I'm sure none of these mooksConan specifically, are working stand-up comics. You couldn't get away with that kind of thin material in a live show. So, it's quite funny to me now, that anyone, anywhere, anytime might take a couple of sad, weak jokes like these, and make a federal case out of it! (Informed legal minds know: weak material makes for bad law!)

In law, we've codified many forms of the spoken word. Original information in stories, books, essays, songs, poems, equations, and even graffiti has found a form of shelter in law. But, there's still no legal definition of a joke, or any protection. (Hey, Ollie Joe, you took all three jokes in my best bit!) There is no protection for jokes. Except for a stand-up (whose best jokes do get pilfered) to maybe smack that wretched joke-stealer, right on the nose! Maybe, smack him twice, or until the offender finally gets your point, and sets your beloved joke free. (I'm watching you!) 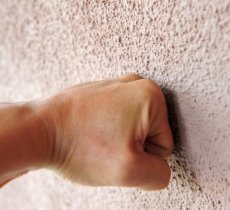 To be clear, it is not joke-stealing, if what you take is first spoken by a non-standup human. We call them: civilians. So, when my buddy, Michael Greathouse told me, with a straight face, that when they listen to the current Republican presidential candidates talk, all black people hear is some white noiseI knew I'd be repeating it. (No blood, no foul! After all, he is a civilian.)

The sole justification for a limited joke theft is in rare events when you, as a pro stand-up, absolutely have to not fail a certain, special crowd. If you're asked to entertain at your Mom's fourth wedding, or for the cop that pulled you over, or for the judge who says" I'll let you go from this court, if you can make me laugh!" or such the like, just don't bomb out! Failing or bombing at crucial moments give all stand-ups a bad name. If doing a famous comic's joke will save a unique show, then you get emergency use of anything you can remember, just don't fail! Don't do it next show, and you escape most retribution. Save this technique for the few moments when you absolutely, positively, gotta have it, right now! (Then, beg forgiveness afterwards.)

Joke-stealing is always a touchy subject in the stand-up community. Even commenting on this tender issue can lose paid gigs for you. Most of the insecure comics are terrified that someone might steal their material, and the joke-stealers are afraid you'll tell on them. (Excluding certain recidivists.) [pic3 ]Only the brave and talented dare tread that turf. In the eighties, then prodigy Kid Comedy: Mike Binder, who made the first comic-produced cable TV special: "The Detroit Comedy Jam!" was one of the few who were talented and brave enough to make fun of the topic. Mike then went on to become a major film director, with such movies as "The Upside of Anger" starring Kevin Costner, and "Reign O'er Me" starring Adam Sandler, and HBO's "Mind of a Married Man". His unforgettable take was:
"
The next comic coming onstage is a really good friend of mine. So, right now, I'd like to do at least four or five of his best jokes! Kinda like a tribute to him. He's really funny.
(Everybody always laughed at that except the next comic!)

The only joke I ever steal is from Dave Letterman's act, thirty-five years ago. Hey, only about seven of us on the planet remember the joke. Historically, I should also say that Dave hasn't done stand-up since then. He doesn't use it. And I still think I do it better than he did! (Sorry, Dave!) But, it's real, bad, bad wrong, and I regret that I stole itabout twenty or so times over about thirty years or so. The first time that I stole his joke was at the 38th parallel, dividing North and South Korea. 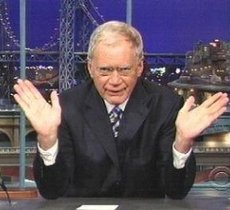 I was on a USO Tour, sponsored by the Dept. of Defense, performing for about three hundred Army soldiers, wearing steel helmets and carrying many guns. I made the mistake of adlibbing about Korea, instead of doing my best opening joke. For the first thirty seconds, there were zero, and I mean zero laughs. I'm not sure, but I think I heard someone chamber a live round in his M-16. So, when I could not afford to failwhen I absolutely, positively, had to have it, right nowI did Dave's joke. It got a big laugh from all, and I moved on to my tried and true routines. There was no shooting, and everything went just fine after that. I prefer to think of it as borrowing Dave's joke, not actually stealing it. It was only a loaner, but maybe, that's just me. (I begged for forgiveness, right afterwards, and didn't steal it again for a whole year.)

Letterman's joke:
"
It's my first big break in show biz. I finally landed a TV commercial in Los Angeles. Thank you very much. It's for a company named Forrest Lawn. Hey. I'm advertising for dying and dead peopleI'm thrilled! So, I'm going to perform it for you: Hi! I'm Dave for The Forrest Lawn Cemetery. Just a word for all you older people watching out there: BOO!!!! Why don'tcha pack it in right nowand come on down?
(This joke works every time!)

Like the U.S. Army, as a stand-up comedian, sometimes you've got to beALL you can be! Again, I'm sorry, Mr. Letterman. But, Thanks a lot! (That's still a great joke you got there!)

If a picture is worth a thousand words, now you've got the picture on joke-stealing! Nuff said?