My Farked up life! 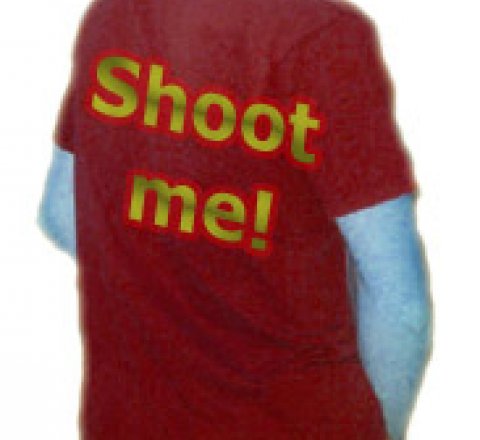 Why? Well... umm, I'm THE EDITOR-IN-CHIEF of this magazine - sorry about that.

Me & myself with myself
Yeah, I know what you want to say: "Different media publications are usually only as good as their head editor is." But I'm sure you can understand that not always has the magazine the face of its editor-in-chief. Sometimes, it has the face of its journalists. Fortunately. Fortunately, I haven't been one of them, until today.

At least that's what I keep telling myself...

Others don't agree. They are always on my back, telling me how to do things. The other night there was a female journalist in her 90s who taught me how to french kiss. Fortunately she did that over MSN (you know, the tiny piece of software that tends to replace L.I.F.E.). Sometimes, journalists just take over my editorial office, holding a gun in my pants. I'll tell you, it's far from easy...being an editor-in-chief @ The Cheers.

If that was all, I'd be happy, really happy. However, that's far from all. I'm the editor-in-chief, but still, no one respects me. The Cheers is a non-profit venture you know -- one of the greatest ones. It's so non-profit that even I don't earn anything. You know what? Life sucks, big time. So a couple of days ago I decided to make some money, some serious bucks and take an extra job. I can't think of any cool names for it, but for you general people, it's just the job of a bank robber.

9.am, Sunday, 2004. After half a liter of vodka and having gambled away all my money (well, all there was...couple of pounds and two bananas) on Saturday night, I had a really bad hangover the next morning. I wasn't the only one.
"
If I were a god, I wouldn't know a thing. And that's all I know for sure.
I wasn't the only one in my room, as I noticed after having opened my aching eyes. There was a dirty little green monster lying on my floor. I'm still wondering who or what it was. Anyway, as we were both broke, we decided to make some money by robbing a bank. We disguised ourselves and left my room. I still think we shouldn't have gone across the city being disguised. At least no one recognized us. Heck, even I didn't recognize that green guy, whoever he was.

One drawback after another. It was Sunday (since Saturday was the day before), thus the bank was closed. The monster was disgusted with me. Bummer. When crossing the city on our way back to my place, we were laughed at, in every corner. Even the policeman who noticed us didn't care about our funny appearance; he didn't even suspect us of being bank robbers. Moreover....he actually called his wife and invited her to see the two monkeys wandering in the town. It's probably Siim, your cousin, you know, he added.

No one respects me. Even you don't. Gosh, I need a drink. How the fark did someone like me become an editor-in-chief? God knows. I know only one thing for sure. If I were a god, I wouldn't know a thing. And that's all I know for sure.