We're all aliens, Ive got the proof!

Has anyone had any green alien sex? William Shatner claims he hasnt, even though we have all seen him on Star Trek doing that thing. My buddy George here claims the same, he says that it was nothing but a grown up dog. Well, when he told me that I secretly wished it would have been an alien, at least it would sound sexy not like throw-up-if-ya-want. I did, and explained it with something I had eaten the week before.
By Siim Einfeldt
2013-07-19
The crazy editor is back. Cry if you like it, laugh if you don't. Some of you have read my previous column called "My Farked up life", some of you haven't. Don't worry, you have not really lost anything if you haven't, except for some sick monkey sex stories, bank robberies with green aliens and of course the curse of pink bubble-gum. Well, yes, these aren't anything to miss either. Or if you do think you have missed something, just go and check them out at my profile (search for 'My Farked Up Life')  no, I'm not a stupid blogger (I'm just stupid, if I may), it's just a site that lists all my farking articles. For your enjoyment of course.

Now I'm back. I haven't written anything for months, maybe even for a whole year. Happens. I'm the ed-in-chief so I don't write much, or if I do, then only complete nonsense. Don't worry, this aint' one of them, this is worse. Today I'm gonna talk about aliens or to be more exact, my today's super duper thought is that we are all aliens. And this time I have proof. Believe me if you want, cry if you don't.

Has anyone had any green alien sex? William Shatner claims he hasn't, even though we have all seen him on Star Trek doing that thing. My buddy George here claims the same, he says that it was nothing but a grown up dog. Well, when he told me that I secretly wished it would have been an alien, at least it would sound sexy not like throw-up-if-ya-want. I did, and explained it with something I had eaten the week before.

Yeah, I know you're waiting to read about the proof I have, but you've got to be patient with me, really patient. I'm still trying to find that thought again, the thought I had before. Just to explain  my roommate is doing some research on brain waves and took me as her first test person. To be as honest as I can here  she didn't find any. So ... please stay with me, I've got to find the one wave I had the other day.

And then there's my theory...

And this theory says that there was a big bang (pay attention now, no sperm). The big big bang created one really ugly green alien and a big big mirror. The mirror's there for the alien to look at himself and to never create something else that ugly.

[in]The green man was given powers by the big big bang. The power to create anything and anyone. He tested with multiple different creatures. He was big himself, really big. So if you believe me, not the Darwin crap, then the first creatures were dinosaurs. HE wanted to create something as big as he was, just to have some friends. But after couple of billion years he finally realized that these guys were stupid. Not just stupid but they didn't really have any brains to do anything but kill each other and make babies ( who could kill each other ).

HE, who was lonely as hell, didn't like the situation and sort of fell into major depression and decided to kill them all. It was a depression of all depressions. His heart was cold and it caused the ice age which killed them all. "Die mf's, die!" were his last words before the last dinosaur fell into cold depression. The last dinosaur was now alone, after all. Nobody to kill, nobody to live with. What a life this is. And he committed suicide. He took the whole box of pain killers from the first McDonalds he could find. 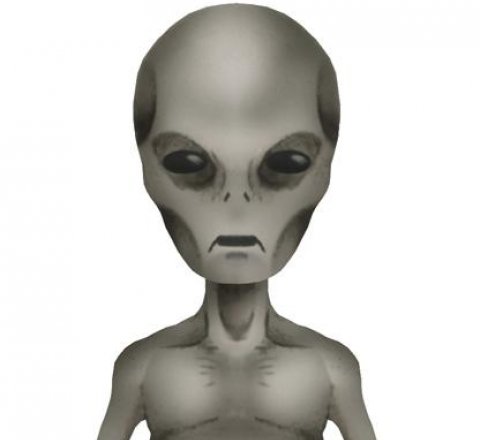 HE was still ugly, sort of a double-mirror-breaking material. And he still didn't want to create anything too beautiful; after all, they could have laughed at him. So he created a monkey. Hairy as hell, still sort of stupid. He had learned from his last experience that you can't let stupid creatures do what they want. So he established the first zoo ever, with an electric wall around it. Don't ask me where he got the electricity, but well, I guess we just have to believe it, as he was the God almighty at the time.


Well, the monkeys were great, as long as they lasted, I mean. But they were stupid enough to burn themselves with electricity. After billions of years they were all dead. The last one died of depression. Nobody to show how he walks into the electric wall. Sick, I know. You don't have to tell me about it. It wasn't me who made up the story!

Anyway, what you have heard about Adam and Eve is almost right, except for some things. Eve was as beautiful as some books have made us believe. But Adam at the same time was not. Adam was really cloned from the God almighty himself, he was only a bit (well...3556 times) smaller than HE was. Adam and Eve were supposed to have children who would be tolerant towards HIM as well. After all, their green-daddy would have been ugly as hell and children do have to love their parents unconditionally.

The problem, however, was that Eve wasn't too impressed with the appearance of Adam (no wonder...), she liked her own body a lot more. So she packed her bags and ran as far from Adam as she could. She ran under the apple-tree, which was 10 feet from Adam, and created his own home. That was the first luxurious apartment ever btw. The snake from the bible had been dead for a long time already, so he didn't say anything to Adam, nor to Eve. Just to clear things up and not make this story too confusing.

And the apple tree didn't have any apples on it, they weren't invented yet. Bummer. And you believed the original Adam & Eve story? Think before you take anyone's word for granted!

Like I mentioned before, Eve was a lot more interested in her own body than Adam's, so she could really handle everything herself. And at some point, she had a beautiful looking child. Not like that ugly Adam. Adam had killed himself a few decades earlier.

Long story short (like they say, long story, shit story), Eve was a gal and the baby-child was a boy ... so after a few decades there was a lot of them. No, I know what you're thinking, it wasn't like that at all. The big HE created the rest of them. Gosh, how could you even think it might have been any different! Freak!

After a while, around year 3-7 before Christ the people on earth really got tired of the 3556 times bigger ugly green monster and they decided to turn their back on this self-proclaimed God almighty. HE got depressed and committed a suicide.

Some of you, possibly the most stupid ones, might be still asking yourselves, SO WHERE IS THE PROOF THAT WE ARE ALL ALIENS? Well, you morons  if the freak with the bad sense of humor that created us was an alien, then how can we be humans? Duh! Idiot!


T
hat's the story. Anyone want to shoot me now? Ah yes, I am the editor-in-chief of The Cheers magazine. The magazine you are reading right now. If you really got this far with this article then please be sure to read other articles as well, articles by other writers I mean, the writers are pretty good, only I am the underpaid, overconfident, idiot who among other things, writes only when he can write nonsense. The publisher lets me do it, unfortunately. Ah yes, I know why, I'm the publisher!

(comment from the assistant editor-in-chief - And we have to put up with him???)