Everything you wanted to know about McDonald's

The world's largest chain of fast food restaurants is operating in 119 countries and serves roughly 68 million customers daily. Welcome to the daily life of the McDonald's Corporation.
By Ben Gazoli
2014-02-21

The world's largest chain of fast food restaurants is operating in 119 countries and serves roughly 68 million customers daily. Welcome to the daily life of the McDonald's Corporation.

The company started as a barbecue restaurant back in 1940 and reorganized as a hamburger stand in 1948. Today McDonald's serves 1% of the world's population every day, selling 75 hamburgers a second.

If you compared their yearly revenue of $24 billion to world's largest economy's, McDonald's would be placed on the 90th place. However, if you were to count also the $32 billion in revenue from their franchise stores, it would be bigger than Ecuador, claiming the spot of the 68th biggest economy. So if you compare this with the latest sale of WhatsApp, 19 billion is nuthin!

Such a huge company obviously also needs loads of workers, in U.S. alone they are hiring around 1 million workers every year and based on estimates, one in eight Americans has been employed by McDonald's. 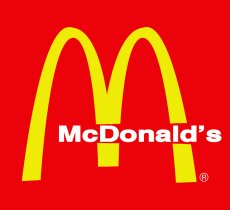 The estimated total yearly profit for McDonald's is $3.5 billion. Where does the money come from? One could say that from burger sales and in part it's probably true, but each of their "average" franchised U.S. McDonald's restaurant has annual sales worth around $2.7 million of which 5.7% is store-level operating income. They are also paying 14.5% for rent and fees (this should also include a percentage of sales) and this is going to McDonald's as most of the locations McDonald's is located at are actually owned by the corporation. The minimum amount going to McDonald's can be as low as 8 percent.

In addition to massive yearly sales, McDonald's owns property and equipment worth around $35 billion.

By the end of the day, McDonald's earns most of their revenue actually not from selling burgers, but as an investor in properties, as franchiser of restaurants and only then as an operator of restaurants. Only around 15 percent of McDonald's restaurants are operated by the company directly. If you're interested in running "your own" McDonald's, you can find the number you should be thinking about here, but in general, be prepared to put in some serious cash.