Australian Safari
Australia isn't always the first place you'd think of visiting to Safari, but let me convince you. The achingly dramatic landscape of UNESCO World Heritage listed Kakadu National Park is the size of Slovenia, over 7,500 square miles, and contains four major river systems and six major landforms - estuaries, floodplains, lowlands, stone country, outliers and the southern hills and basins. There are over 280 species of bird, 60 species of mammal, 1,600 plant species and over 10,000 kinds of insect living with the park, not to mention ancient indigenous rock art. Or, how about Litchfield National Park? Home to pockets of monsoon rainforest, beautiful gorges, aboriginal tribes, and a series of beautiful waterfalls, some of which are open to swimmers. The park also has a series of walks, some of which last two days, enabling you to truly take in the sights. Find out more about Safaris in Australia at http://www.adventuretours.com.au/category/tours/styles/safari

French National Parks
France's South Coast is blessed with an abundance of Regional and National Parks within striking distance of the shore. Écrins rises up over 4,000 meters, covering 350 square miles of stunning high-mountian areas, with peaks, alpine pastures, glacier valleys and sub-alpine lakes and woodland. Cévennes, with the dramatic Aven Armand cave and its famous limestone stalagmites, is a must see. Or stop at the Vercors Regional Natural Park, whose caves served as a safe and defensible position for the French Resistance in World War two. The area is covered with monuments to their efforts, including a preserved destroyed village and a memorial center. Then of course there are the stunning hiking trails that run throughout the Park. For those with family or looking to camp, Thompson Al-Fresco has 8 parks in the region that are well worth a look. http://www.thomsonalfresco.co.uk/languedoc 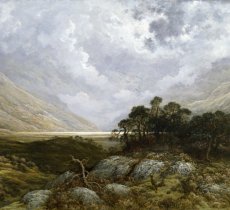 Scotland
For those determined to walk and keen to get away from other people Orkney, a collection of 70 islands off the North Coast of Scotland, is ideal. The largest island, Mainland, has an area of over 200 miles, making it explorable without ever seeming crowded. You can hop between the islands by boat and enjoy some of the most spectacular coastal views to be found in the British Isles. Take in the village of Skara Brae, Europe's best preserved Neolithic settlement which dates back 5,000 years to 3,100BC. Visit the famous Ring of Brodgar, the Standing Stones of Stenness or the Maeshowe passage grave, or explore the numerous other ruins that peeper the islands from the Iron Age to more recent times. Marine animals and seabirds are abundant, making Orkney a great place to visit if you are interested in wildlife. Highlights include Seals, Puffins, Kittiwakes and a local species of Vole absent from mainland Britain. Whales are sometimes visible from Orkney too, and make quite an accompaniment to your walk! This is the kind of holiday that is best served by simply going where your fancy takes you, but for those seeking more structure try http://www.wildernessscotland.com/adventures_itinerary.php?tripID=94