The Land of the Nile

Embark on an adventure of ancient discovery with a trip to Egypt!

Why not plan ahead this holiday to experience the sights without the extra hassles. It is important to make reservations in advance to sit back and relax for the ride.

I highly recommend you check out
Parking at Gatwick East Midlands Airport Parking or for a bit of 'sanity insurance' for the long haul trip to the airport.

When I think of Egypt, no other place captures my mind quite like the Great Pyramids of Giza. These amazing monuments, a testament to Egypt's Golden Age highlight anyone's trip to the land of the Nile. The truth? You have to see them in person to appreciate their colossal size and wrap your head around the skill and sheer force it must have taken to create such an enormous display of architectural mastery. Many arrive to find the great size of each block only presents more questions of who, how and why, so you must embark on an adventure to collect the clues! The Great Pyramids of Giza hold much awe and intrigue, and many say they were once tombs set to display the pattern of the Belt of Orion, a great constellation in the sky. When you visit this ancient sight, notice the grouping of the three greatest pyramids that mimics the three great stars of Orion. These great giants have captured an audience of the world, so be sure to piece together the past with a stop at the pyramids. Just outside the three Great Pyramids of Giza you will find the most mysterious monument of the ancient past, the Great Sphinx. The sphinx is a mythical creature that displays the head of a human pharaoh with the body of a resting lion. Many curious experts have tried to pinpoint the date that the Sphinx was first erected, however it remains a mystery to most that wonder the exact reason and time it was constructed. Between the Sphinx and the Great Pyramids of Giza, Egypt proves an exciting destination for ancient architectural wonders. But many people are less aware of the vast collections of Egyptian archeological excavation in the museums in Cairo. 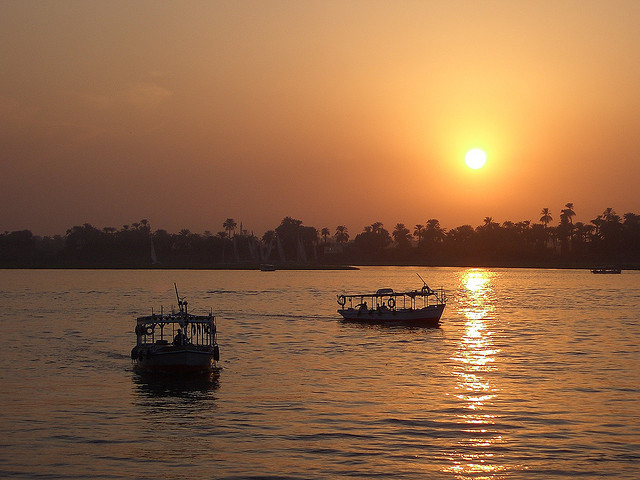 In the grand Museum of Cairo, you will find the most spectacular assortment of ancient artifacts and amazing exhibits that cannot be found anywhere else in the world! Take your time in this vast museum of stunning translations of the Egyptian hieroglyphs, stumble upon the wide collection of ancient mummies and explore the facts that uncover the ancient tombs. When in Cairo, check out the historic city of Islamic Cairo. This medieval city named 'Mother of the World' or Um ad-Dunya to the locals is full of beautiful mosques and Islamic monuments that allow you to step back in time. Just remember to respect the culture when in this area of Cairo, and ladies cover bare legs and shoulders when sightseeing, and remember to remove your shoes before entering the mosque! When in Egypt, there are many other mind-blowing monuments you simply cannot miss. Embark on an adventure down the Nile, and visit the sites of Abut Simbel where you will find Temple of Ramses II and the monuments to Hathor and Nefertiti. This World Heritage Site was moved in recent years to escape the damages of Lake Nasser, an artificial body of water created by the nearby dam. The temple of Ramses II is an intriguing site indeed. You may not know that the ancient Egyptians built the entrance in such a way that the interior tomb and statues, all but Ptah the god of the underworld, illuminate during certain dates of the year. After being moved, the temples of Abut Simbel light up both on October 22nd and February 20th to display the spectacular statues within the tomb. When this amazing adventure in the desert has come to a close, you will be delighted to return knowing your car is safe and waiting in Parking at Liverpool Airport

Set out on an Egyptian quest to the land of the pharaoh's this holiday!