Some concerns have been raised in relation to some of the maintenance practices of Australia's national airline Qantas and the Australia authorities have put the airline on a 'watch' list. 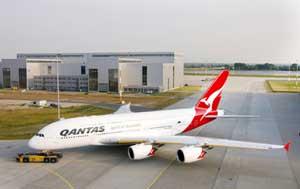 Qantas A380
The latest incidents include a faulty brake system on an A380, a failed engine on a 747 and a Boeing 737 that was allowed to fly with a cracked cockpit window.

Travelwise already has Qantas subsidiary Jetstar on a no-fly list and we now have no other alternative than to put Qantas on a watch list.

For passengers, it may well be wise to find alternatives other than Qantas in terms of Australian domestic air travel, while on international routes, there are a number of other airlines that fly between Australia and destinations throughout the world.

This advice applies until further notice.